In my quest to somehow get 3D polygons to actually plot, I came across the following script (EDIT: modified slightly): Plotting 3D Polygons in python-matplotlib

But when I run that, I get the following error message:

It seems that this may be a Python 2 vs. 3 thing, as I am running in Python 3, and that post is five years old. So I changed the third-to-last line to:

Now verts shows up in the variable list, but I still get an error:

What? How do I fix this?

I've had a similar problem with the zipping. I support the thesis it is a python 2.x vs 3.x thing.

Somehow, the latter seems to work. Having just started myself with python, I cannot offer an iron-clad explanation. However, here goes nothing: the class Poly3DCollection requires as the first input parameter a "collection", hence a list of lists. In this case, only list is given, which is assumed thus missed a level. By adding another level to it (via the [...]) it worked.

I've got no idea if this explanation makes sense, however it fits intuitively to me ;)

These modifications seem to work, as this code creates the desired 3D polygon (I've noticed that since this is my first post, I'm not allowed to post a proof-of-the-pudding figure.... )

hope this was useful, 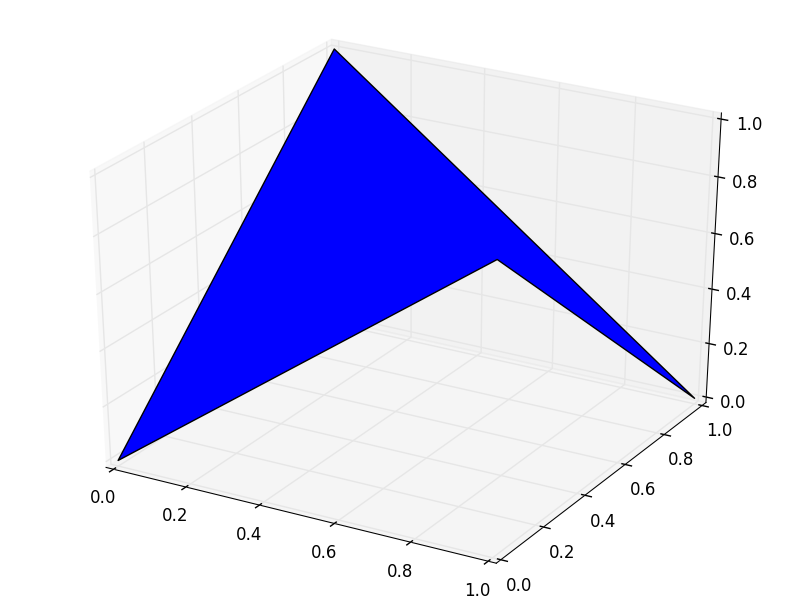 Here is a current solution, in case you get the Error ValueError: not enough values to unpack (expected 3, got 1), due to how verts is constructed in the other solutions: