Everytime I go to the designer Visual Studio freezes(Not Responding) for 30+ seconds and once I click on any element/widget after that, it freezes again for 30+. Does that for 5 times maybe then I will be able to edit and design.

What is the issue??

Editing XAML leads Visual Studio's Designer to crash I don't have to edit Xaml to get the problem, I am just clicking my View to, well, view. However the solution did not work.

Visual Studio 2013 hangs/freezes when trying to click the designer view No answer. 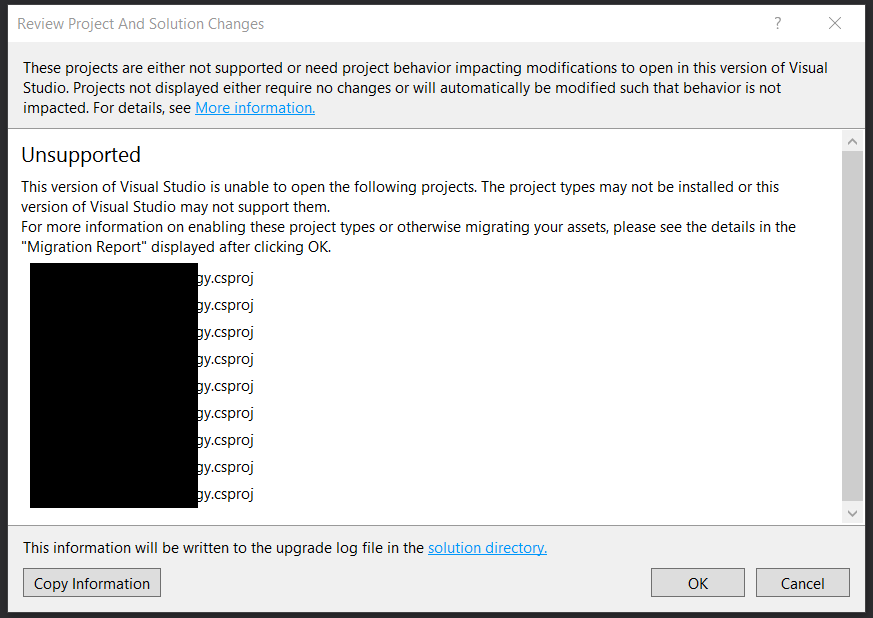 It compiles and runs fine even if I keep these lines in XAML, but I can't view without removing them. And this is how one of my Views looks like if I keep them: 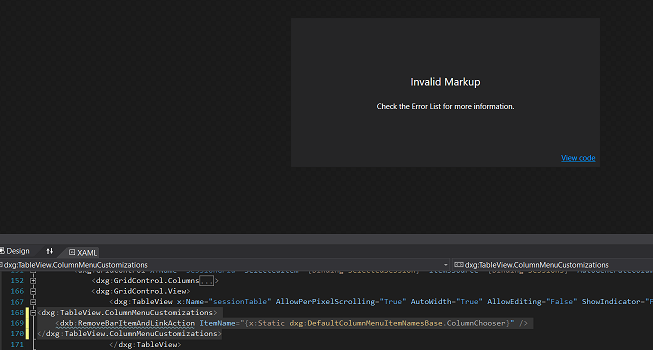 And the underlined warning which "invalidate the Markups", is:

The property "ColumnMenuCustomizations" does not have an accessible setter

Designer stopped freezing once I deleted the content of this folder:

Not the answer you're looking for? Browse other questions tagged c# visual-studio visual-studio-2015 or ask your own question.