Xcode finds dependencies automatically sometimes. I think is is ok when I am the one who is defining the relationships and when I get lazy ...

But more than often I find myself facing an existent (medium to large size) project with several targets. Since the project has been made by someone else I find it very difficult to understand what targets depends on what since not all the relationships are explicit.

What are the rules Xcode use to find such relationships? ( I hope I can understand the logic so run it in my mind and maybe save me some time in the future) Or What makes a target qualifiable to be implicitly dependant of another?

A target and the product it creates can be related to another target. If a target requires the output of another target in order to build, the first target is said to depend upon the second. If both targets are in the same workspace, Xcode can discover the dependency, in which case it builds the products in the required order. Such a relationship is referred to as an implicit dependency.

This answer applies to Xcode 8.x, and I think for Xcode 9.0.

First off, you need to be sure that "Find Implicit Dependencies" is enabled in the the Build panel of the Scheme that you are attempting to build.

A target "A" can be made "implicitly" dependent on target "B" in two ways:

So why would anyone ever want to do the horror that is "2"? I can come up with a couple of reasons.

What happens if you happen to have two targets inside the same workspace that generate products with the same name and depend upon them from a third target? Implicit dependencies will pick one. It appears to do a match based on the base name of the product (so foo/bar.a and baz/bar.a are the same), and will pick the first one it finds.

Xcode Dependency[About] is a dependency required to build a selected target.

Implicit dependency is a dependency that is necessary to successfully build a target, but aren’t explicitly defined. 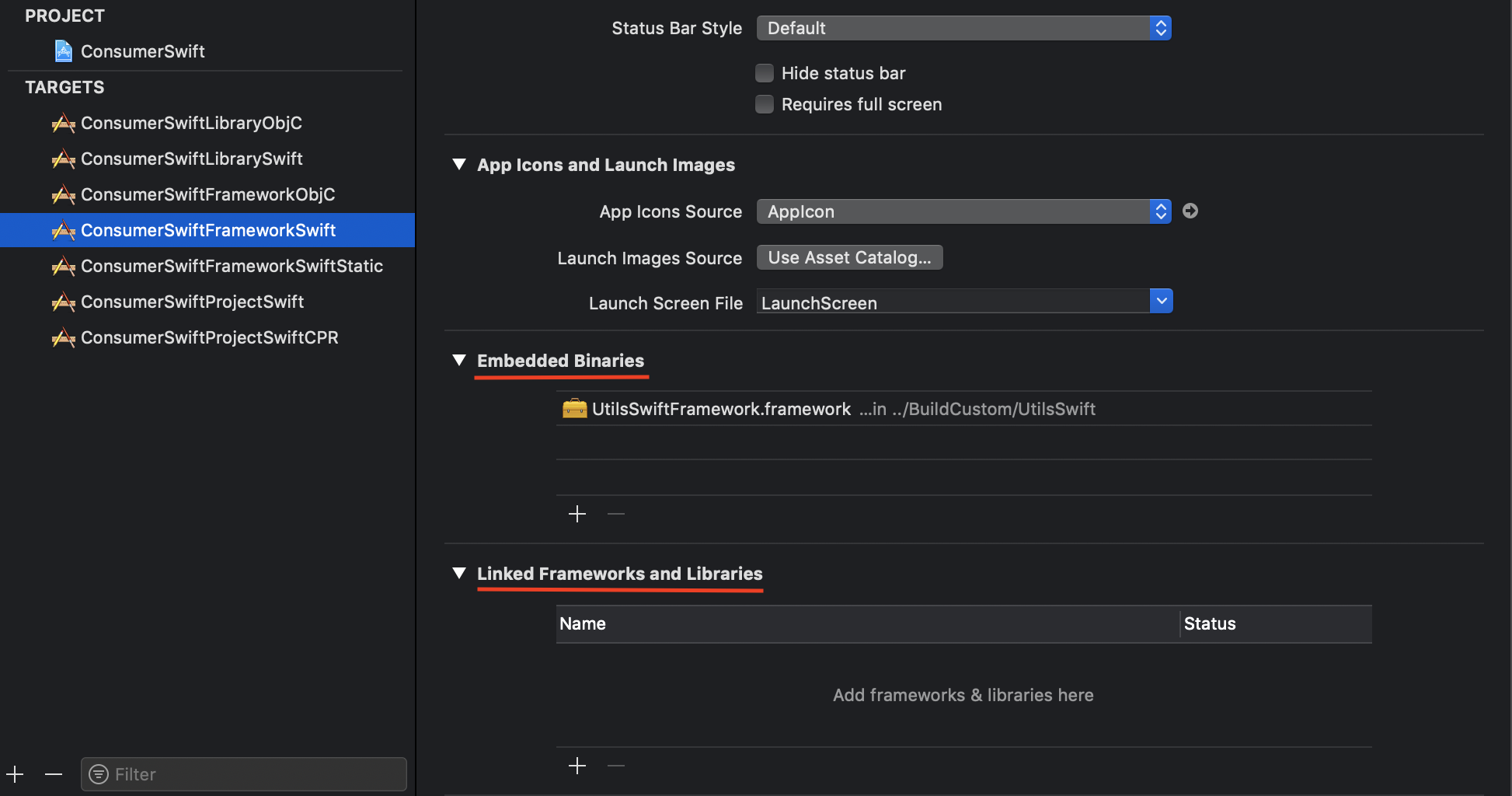 To turn on this functionality[No such module]

Not the answer you're looking for? Browse other questions tagged ios xcode macos or ask your own question.

458
Getting error "No such module" using Xcode, but the framework is there
506
Xcode Project vs. Xcode Workspace - Differences
260
Xcode: What is a target and scheme in plain language?
210
Library? Static? Dynamic? Or Framework? Project inside another project
149
When should we use "embedded binaries" rather than "Linked Frameworks" in Xcode?
77
Xcode 4.2 how include one project into another one?
59
How should I manage dependencies across projects in an Xcode workspace?
15
Adding Local dependencies in XCode11 using SPM
13
What is a target dependency?
14
How does CocoaPods work
See more linked questions

1278
Xcode - How to fix 'NSUnknownKeyException', reason: … this class is not key value coding-compliant for the key X" error?
1461
How to "add existing frameworks" in Xcode 4?
59
How should I manage dependencies across projects in an Xcode workspace?
553
Where do I find the line number in the Xcode editor?
512
How to install Xcode Command Line Tools
980
How to download Xcode DMG or XIP file?
250
The target ... overrides the `OTHER_LDFLAGS` build setting defined in `Pods/Pods.xcconfig
764
Xcode 6: Keyboard does not show up in simulator
902
Xcode error "Could not find Developer Disk Image"
272
Xcode 10: A valid provisioning profile for this executable was not found