Ok, so I'm trying to make my setup super simple by creating a script that I can run in the morning that will launch all the applications that I use in the day and lay them out across my 'spaces' how I like them.

This was going ok and I was easily able to have a bash script launch the apps and then call to an AppleScript to move and resize their windows.

However, I like to use the new El Capitan feature and have some of my spaces as 'split view' spaces. E.g. Full screen Xcode/Terminal split. I can't seem to find a way to control this via a script.

Tl;dr Does anyone know how to get a bash script/AppleScript to put two applications into 'split view' on OS X El Capitan?

Looks like that first bit about launching and full-screening apps can be done with a fairly simple script, though it requires enabling Accessibility permissions first. It, however, won't do the split-screen bit.

I kept looking though and Better Touch Tool (pay what you want, $4.49 minimum) seems to get the closest of anything I could find, allowing you to trigger Full Screen mode and bring up the split screen Expose selector in the same action. It seems to be doing this by emulating a long mouse down on the full screen window control button (the green one in the top left). What you get is this: 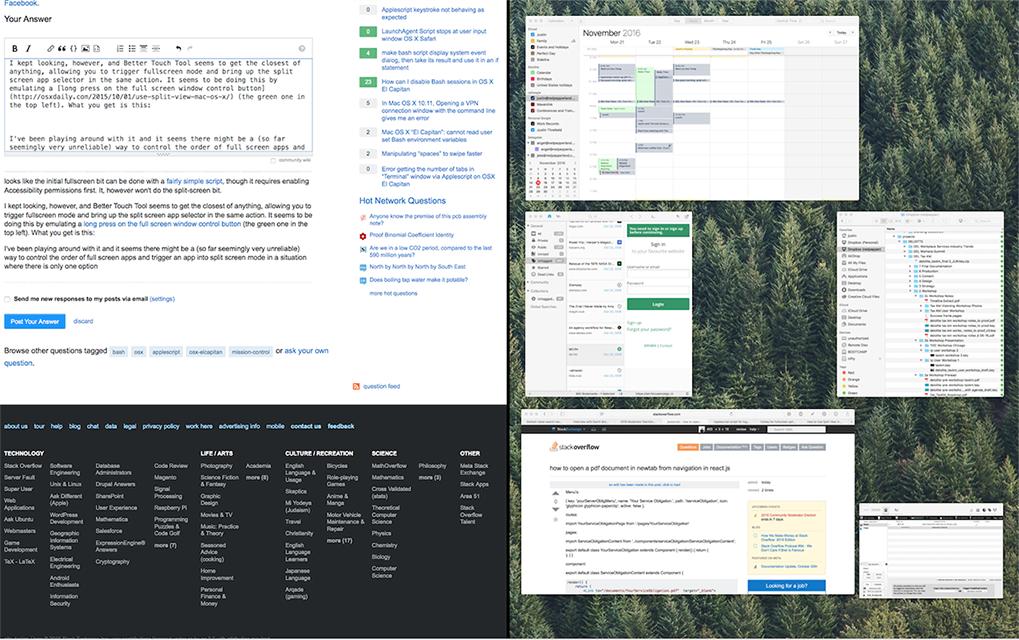 I've been playing around with this and it seems there might be a (so far seemingly very un-intgelligeble, though reliable) way to control the order of full screen apps and trigger an app into split screen mode in a situation where that previously full-screened app is the only option available for splitting the screen.

For example, given the following, accomplished by launching iA Writer into full screen (space 2) via ⌘+^+F: 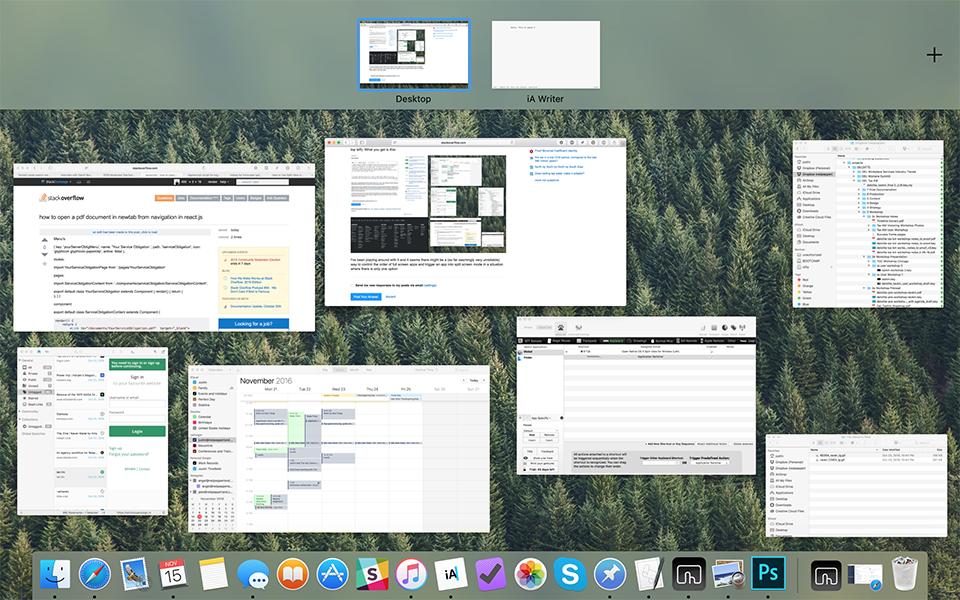 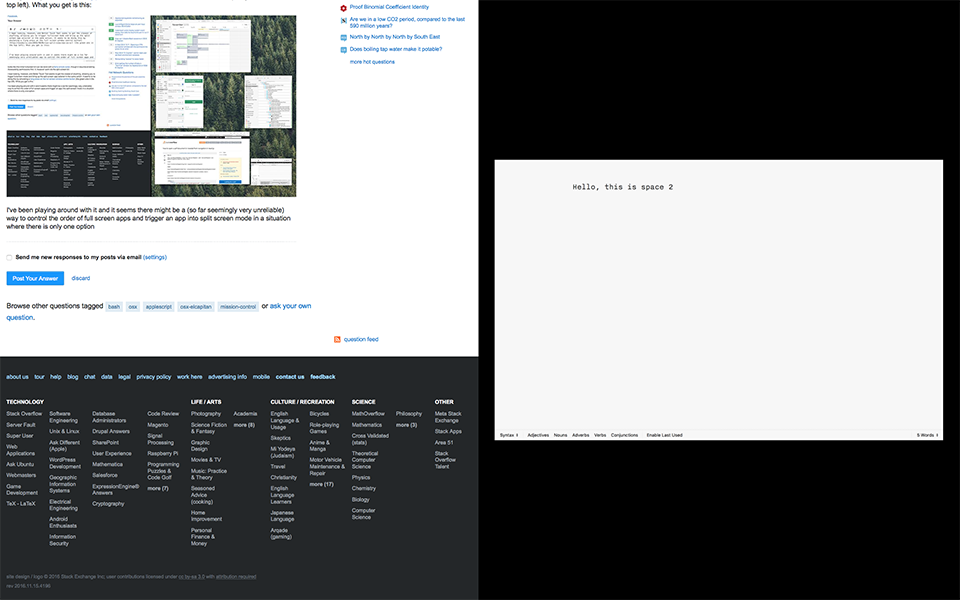 ... Only one split screen app, even though there's several apps still running.

From this position you could use the "move to position" action in BTT and trigger a click on the only available app— I would think this could theoretically accomplish what you want, although it's convoluted and a bit suspect.

All that being said, it seems like the only way to get two apps launched into split screen mode without touching the mouse, since this could all be a BTT workflow you trigger from an Automator script. Digging further, you might be able to learn how BTT accomplishes their actions and write a program that does this for you, but we're already way beyond bash or simple cli scripting.

I personally just use Spectacle and tmux to zoom my windows around, though I admit, automated split screen would be somewhere close to live changing.

Not the answer you're looking for? Browse other questions tagged bash macos applescript osx-elcapitan mission-control or ask your own question.