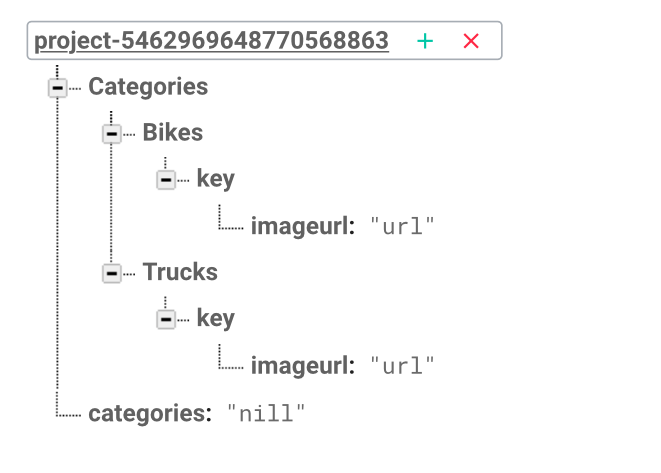 I have added two table view controllers in Storyboard. Lets name them TableView1 and TableView2.

What i am trying to achieve is when the user clicks on particular cell..

TableView2 displays all the items in the respective node selected from the cell in TableView1..

For eg. if user clicked on the cell which displays bike.. TableView2 should load all the times from the bike node...

You can use something like the code below. Your value will make it over to the other view controller however when I tested my equivalent of this code my variable on the second view would not initialize until after veiwDidLoad. So just be aware of that. That's as far as I am able to help here.

EDIT: I realized that you wanted more. So you have to trigger your query some how. I've tried doing it by using the didSelectRowAtIndexPath method to do this. I don't know which of their query methods you want to use, so I am not going to guess. As I said before you will need to find someway to access your variable after the segue has taken place. Something I have had issues with. This should put you in the right direction though.

Not the answer you're looking for? Browse other questions tagged swift firebase firebase-realtime-database or ask your own question.

1444
Passing data between view controllers
347
What is the difference between `let` and `var` in Swift?
587
Using a dispatch_once singleton model in Swift
876
How to iterate a loop with index and element in Swift
961
Swift Beta performance: sorting arrays
442
How do I concatenate or merge arrays in Swift?
663
How do I see which version of Swift I'm using?
1
Need guidance on firebase data structure
338
What's the difference between Cloud Firestore and the Firebase Realtime Database?