How do I prepend/append this div as the last child of all the children as opposed to the first?

So I have a view that has renders HTML that looks like this :

What is happening now is when the user adds a new comment, it is now added to the top of that list, i.e. the div.social-comment that is highlighted. However, I want it to be added after the last in the list, not as the first. How do I do that?

How can I achieve what I want?

My bad, I wasn't fully clear with the original question.

I can't just use .append, due to the presence of a form field that is currently at the bottom of that list of children.

If I do use append, this is what the modified HTML looks like: 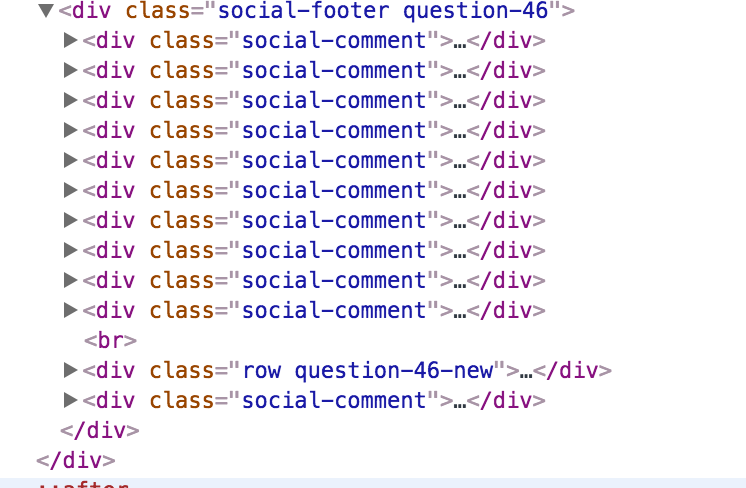 So that ends up producing this: 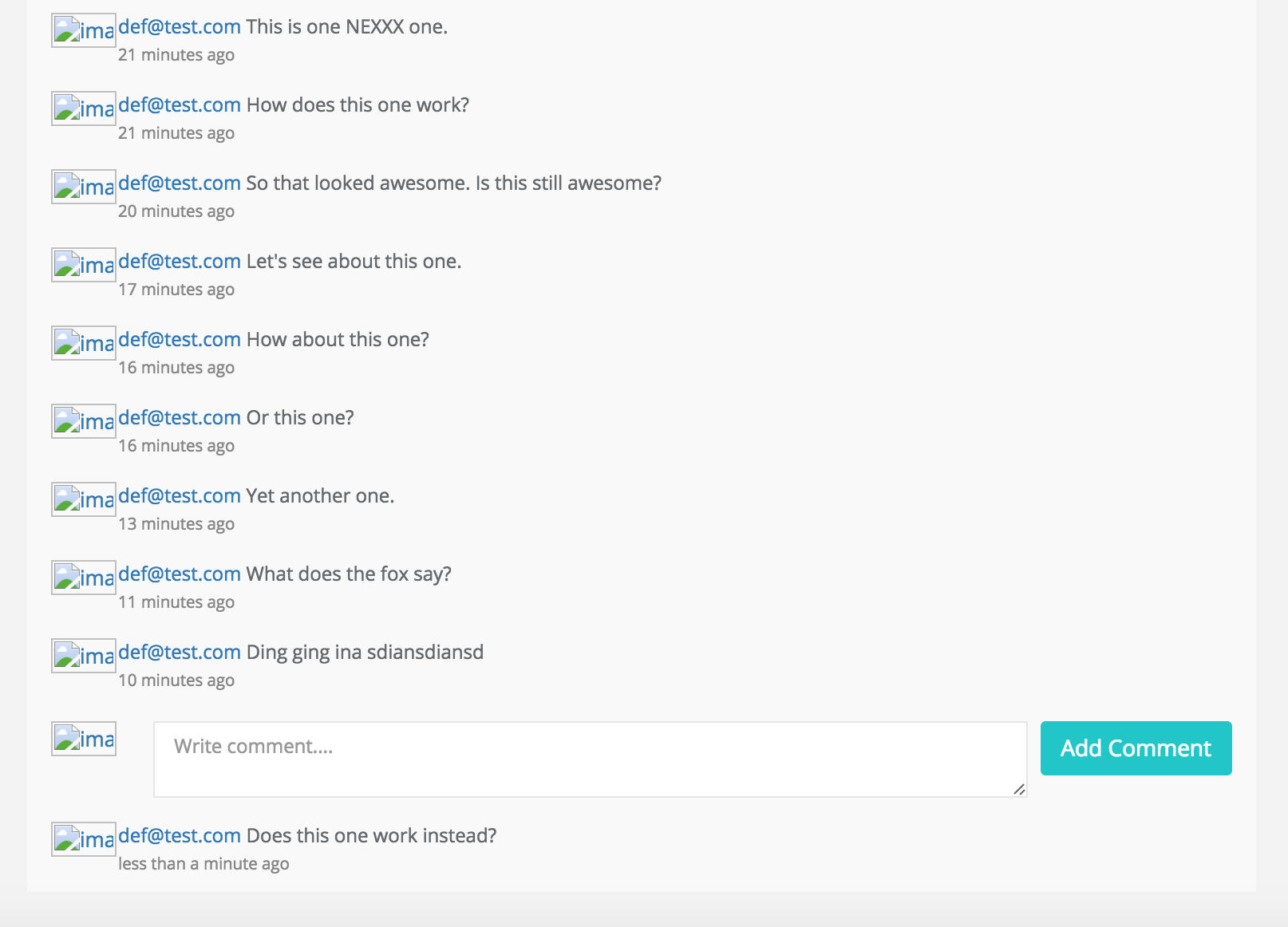 Which is obviously what I don't want.

What I want is for the new comment to appear right above that Write Comment textbox, and at the end of the list of existing comments.

This is what my DOM tree looks like after attempting Pranav's suggestion:

After the latest attempt from Pranav, these are the results.

Here is a picture of the DOM tree when there are no comments:

Here is a picture of the DOM tree after the comment has been added, using the above .js.erb:

No change. For what it's worth, I also tried it with the other suggestion:

When I use the :before suggestion from Pranav, this is the result.

This is what my comment section looks like when I add one comment, when there was none before (notice the spacing is off and the alignment with the other DOM elements looks weird):

Then this is what it looks like when there is an existing comment (notice how weird the alignment looks):

But if I refresh, this is what it looks like (which is how it should look, but just not how it looks immediately after the comment is added):

Use append() instead of prepend() method.

Since you are updated the question, you can't do it using above code. Instead what you can do is get the last social-comment element inside the div and then append it after the element. You can use :last to get the last one and after() method to append after the last element.

Since there is nested div with same class you need to get only direct children instead. So either use child selector (>)

Also if the last div's class is always in format like parent id followed by -new(eg: question-36 and question-36-new) then you can done it using before() method.

Not the answer you're looking for? Browse other questions tagged jquery ruby-on-rails unobtrusive-javascript ruby-on-rails-5 or ask your own question.

1153
How do you remove all the options of a select box and then add one option and select it with jQuery?
2322
How to get the children of the $(this) selector?
617
How to debug JavaScript / jQuery event bindings with Firebug or similar tools?
1031
Best way to use Google's hosted jQuery, but fall back to my hosted library on Google fail
562
How to add a list item to an existing unordered list
359
Rails :include vs. :joins
586
How to make the first option of <select> selected with jQuery
335
jQuery first child of "this"
46
Rendering partial in js.erb file