What is the difference between docker and docker-compose

docker and docker-compose seem to be interacting with the same dockerFile, what is the difference between the two tools?

The docker cli is used when managing individual containers on a docker engine. It is the client command line to access the docker daemon api.

The docker-compose cli can be used to manage a multi-container application. It also moves many of the options you would enter on the docker run cli into the docker-compose.yml file for easier reuse. It works as a front end "script" on top of the same docker api used by docker, so you can do everything docker-compose does with docker commands and a lot of shell scripting. See this documentation on docker-compose for more details. 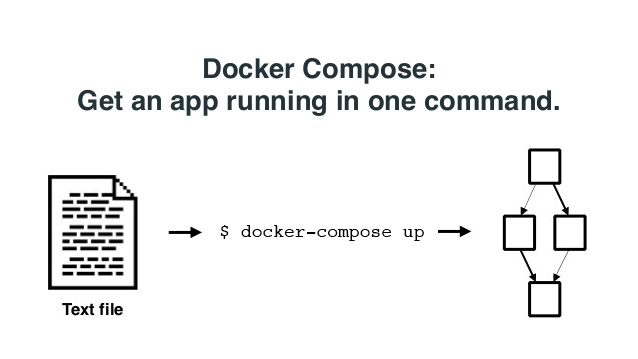 Below is a docker-compose.yml example taken from the docker docs:

A Dockerfile is a text document that contains all the commands/Instruction a user could call on the command line to assemble an image.

Docker Compose is a tool for defining and running multi-container Docker applications. With Compose, you use a YAML file to configure your application’s services. Then, with a single command, you create and start all the services from your configuration. By default, docker-compose expects the name of the Compose file as docker-compose.yml or docker-compose.yaml. If the compose file has a different name we can specify it with -f flag.

Not the answer you're looking for? Browse other questions tagged docker docker-compose or ask your own question.