What is the difference between drawing plots using plot, axes or figure in matplotlib?

I'm kind of confused what is going at the backend when I draw plots in matplotlib, tbh, I'm not clear with the hierarchy of plot, axes and figure. I read the documentation and it was helpful but I'm still confused...

The below code draws the same plot in three different ways -

Now my question is -

The names of objects

Matplotlib is strongly object oriented and its principal objects are the figure and the axes (I find the name axes a bit misleading, but probably it's just me).

You can think of the figure as a canvas, of which you typically specify the dimensions and possibly e.g., the background color etc etc. You use the canvas, the figure, essentially in two ways, placing other objects on it (mostly axes, but also text labels etc) and saving its contents with savefig.

You can think of an axes as a sort of Swiss Army knife, a handy object that offers a tool (e.g. .plot, .scatter, .hist etc) for everything, mostly. You can place one, two, ... many axes inside a figure using one of many different methods.

The plt procedural interface was originally developed to mimic the MATLAB™ interface but is not really different from the object oriented interface, even if you don't make a direct reference to the main objects (i.e., a figure and an axes) these objects are automatically instantiated and each plt method is, essentially, translated to a call of one of the methods of the underlying fundamental objects: e.g., a plt.plot() is a hidden_axes.plot and a plt.savefig is a hidden_figure.savefig.

In every moment you can have an handle on these hidden objects using plt.gcf and plt.gca, and this is sometimes necessary when one of the object methods has not been ported to a method in the plt namespace.

I'd like to add that the plt namespace contains also a number of convenience methods to instantiate, in different ways, figure and axes.

Here you use only the plt interface, you can only use a single axes in each figure, but this is what you want when you are doing an exploration of your data, a quick recipe that gets the work done...

Here you use a convenience method in the plt namespace to give a name (and a handle) to your axes object, but btw there is also an hidden figure. You can later use the axes object to plot, to make an histogram etc, all things that you can do with the plt interface, but you can also access all its attributes and modify them with greater freedom.

Here you start instantiating a figure using a convenience method in the plt namespace and later you use only the object oriented interface.

On the other hand the object oriented approach, plus a few plt convenience methods, is the way to go

There is a large gray area between these extremes and if you ask me what to do I'd just say "It depends"...

This lets you plot just one figure with (x,y) coordinates. If you just want to get one graphic, you can use this way.

This lets you plot one or several figure(s) in the same window. As you write it, you will plot just one figure, but you can make something like this:

You will plot 4 figures which are named ax1, ax2, ax3 and ax4 each one but on the same window. This window will be just divided in 4 parts with my example.

I didn't use it, but you can find documentation. 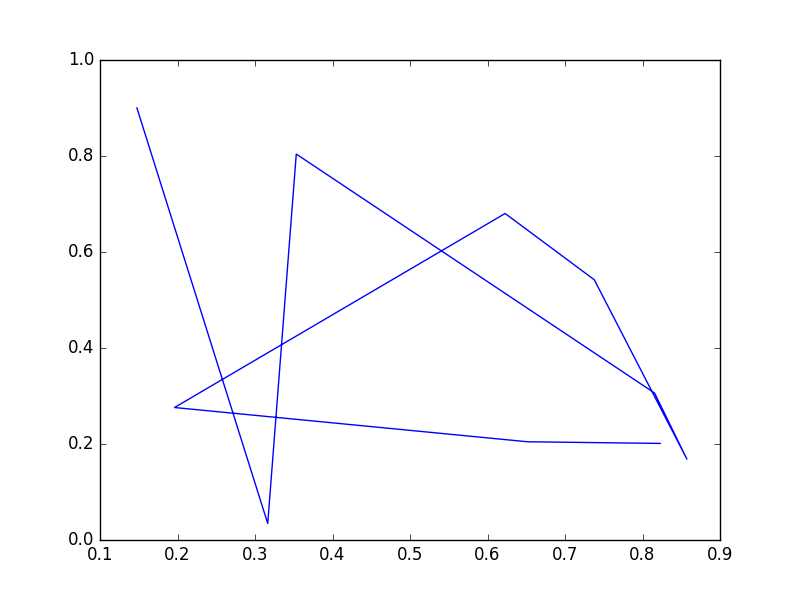 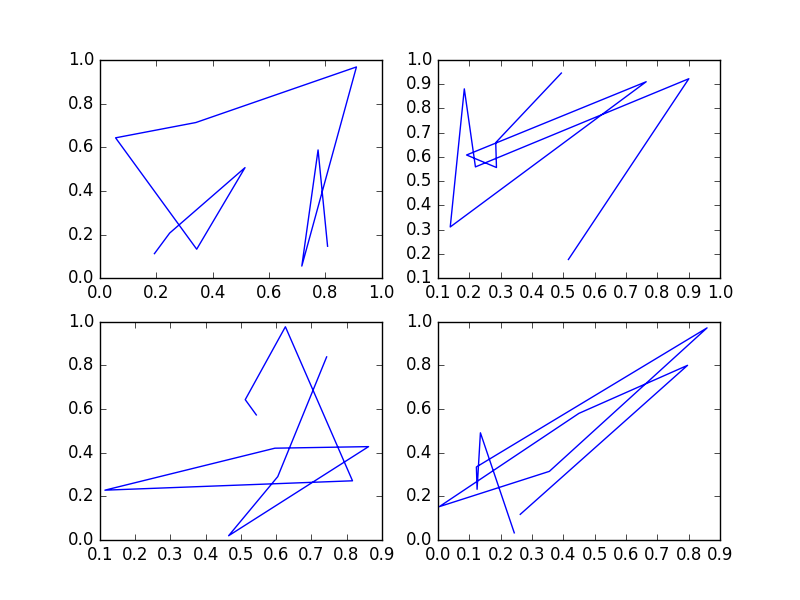 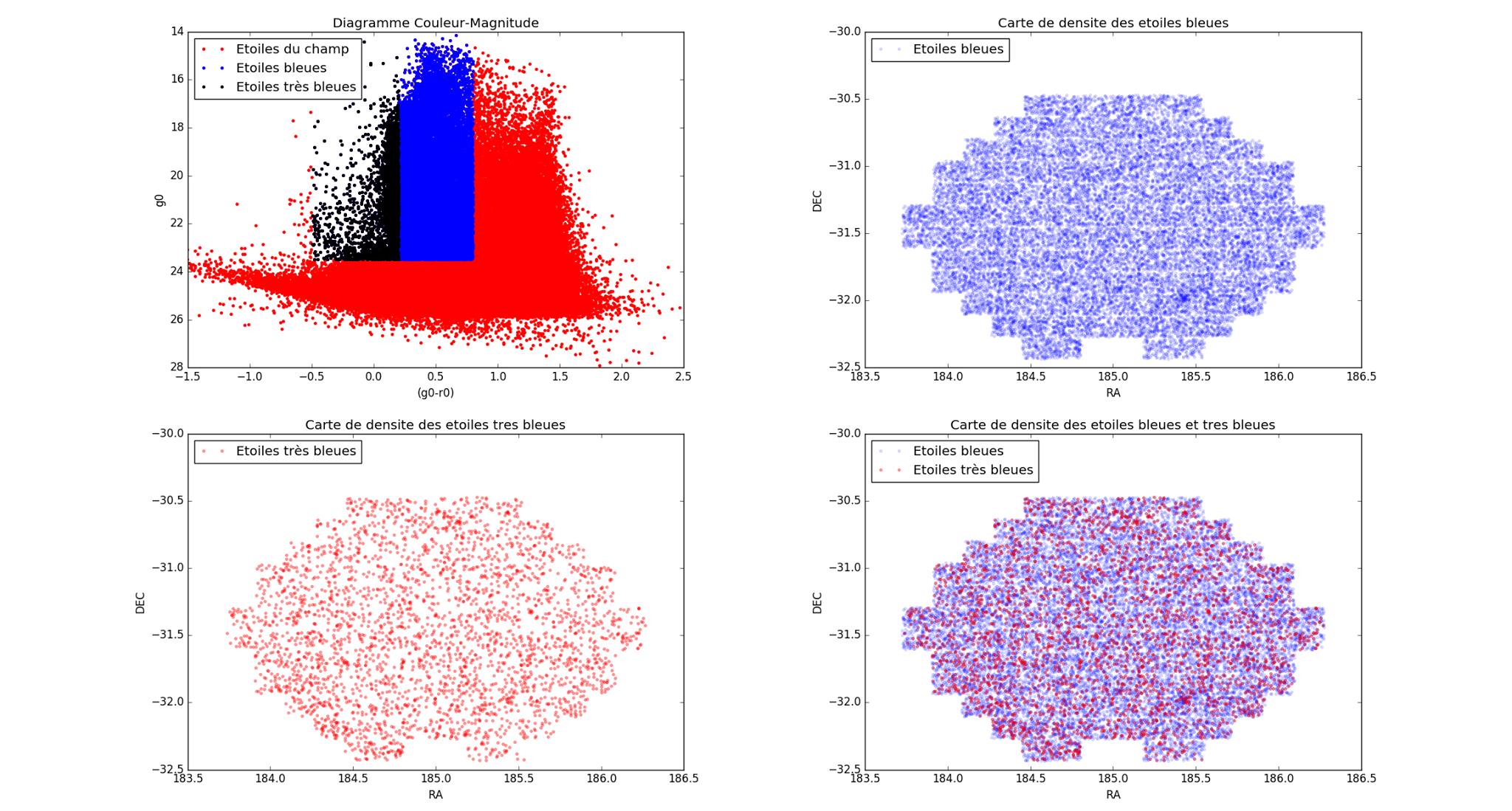 0
plt.subplots does not correctly draw sns.lineplot
0
Difference between matplotlib.pyplot.xlabel() and .set_xlabel() in python using matplotlib?
1
Pie Donuts side-by-side, using matplotlib
0
using plt.fill_between with plt.subplot
0
plt.axis('off') doesn't work properly when working with several subplots?
75
Difference between "axes" and "axis" in matplotlib?
3
How to achieve a straight regression line in a log-log sns.regplot
0
Plotting two graphs side by side (seaborn and subplots)
1
How can I return a matplotlib figure from a function?
1
Formatting plots with Matplotlib
See more linked questions