When I run docker-compose up in my Docker project it fails with the following message:

I've already tried docker-compose down, but it doesn't help.

In your case it was some other process that was using the port and as indicated in the comments, sudo netstat -pna | grep 3000 helped you in solving the problem.

How docker ps helped me:

docker rm -f $(docker ps -aq) is a short command which I use to remove all containers.

I had the same problem. I fixed this by stopping the Apache2 service on my host.

It'll show processing running at this port, then kill that process using PID (look for a PID in row) of that process.

You can kill the process listening on that port easily with one command below :

-9 is for hard kill without checking any deps.

(Not related, but might be useful if its PORT 5000 mystery) - the culprit process is due to Mac OS monterery.

The port 5000 is commonly used to serve local development servers. When updating to the latest macOS operating system, I was unable the docker to bind to port 5000, because it was already in use. (You may find a message along the lines of Port 5000 already in use.)

By running lsof -i :5000, I found out the process using the port was named ControlCenter, which is a native macOS application. If this is happening to you, even if you use brute force (and kill) the application, it will restart itself. In my laptop, lsof -i :5000 returns that Control Center is being used by process id 433. I could do killall -p 433, but macOS keeps restarting the process.

The process running on this port turns out to be an AirPlay server. You can deactivate it in

In some cases it is critical to perform a more in-depth debugging to the problem before stopping a container or killing a process.

Consider following the checklist below:

1) Check you current docker compose environment
Run docker-compose ps.
If port is in use by another container, stop it with docker-compose stop <service-name-in-compose-file> or remove it by replacing stop with rm.

2) Check the containers running outside your current workspace
Run docker ps to see list of all containers running under your host.
If you find the port is in use by another container, you can stop it with docker stop <container-id>.
(*) Because you're not under the scope of the origin compose environment - it is a good practice first to use docker inspect to gather more information about the container that you're about to stop.

3) Check if port is used by other processes running on the host
For example if the port is 6379 run:

(*) You can also use the lsof command which is mainly used to retrieve information about files that are opened by various processes (I suggest running netstat before that).

And see the ID of the parent process (PPID) and the execution command.
You can also run: $ pstree -s <PID> to a visual display of the process and its related processes.

In our case we can see that the process probably is a daemon (PPID is 1) - In that case consider running:
A) $ cat /proc/<PID>/status in order to get a more in-depth information about the process like the number of threads spawned by the process, its capabilities, etc'.
B) $ systemctl status <PID> in order to see the systemd unit that caused the creation of a specific process. If the service is not critical - you can stop and disable the service.

5) You reached this point and..
Only if its not placing your system at risk - consider restarting the server.

In my case it was

Most probably this is because you are already running a web server on your host OS, so it conflicts with the web server that Docker is attempting to start.

So try this one-liner before trying anything else:

To check which process is running on port 8080, run below command:

i got the output below

Then try to relaunch the container it should work

I had apache running on my ubuntu machine. I used this command to kill it!

If redis server is started as a service, it will restart itself when you using kill -9 <process_id> or sudo kill -9 `sudo lsof -t -i:<port_number>` . In that case you will need to stop the redis service using following command.

I upgraded my docker this afternoon and ran into the same problem. I tried restarting docker but no luck.

Finally, I had to restart my computer and it worked. Definitely a bug.

Changing network_mode: "bridge" to "host" did it for me.

I ran into the same issue several times. Restarting docker seems to do the trick

Check docker-compose.yml, it might be the case that the port is specified twice.

A variation of @DmitrySandalov's answer: I had tomcat/java running on 8080, which needed to keep going. Looked at the docker-compose.yml file and altered the entry for 8080 to another of my choosing.

Worked perfectly. (The only wrinkle is the change will be wiped if I ever update the project, since it's coming from an external repo.)

At first, make sure which service you are running in your specific port. In your case, you are already using port number 3000.

now stop that process which is running on specific port

I resolve the issue by restarting Docker.

It makes more sense to change the port of the docker update instead of shutting down other services that use port 80. 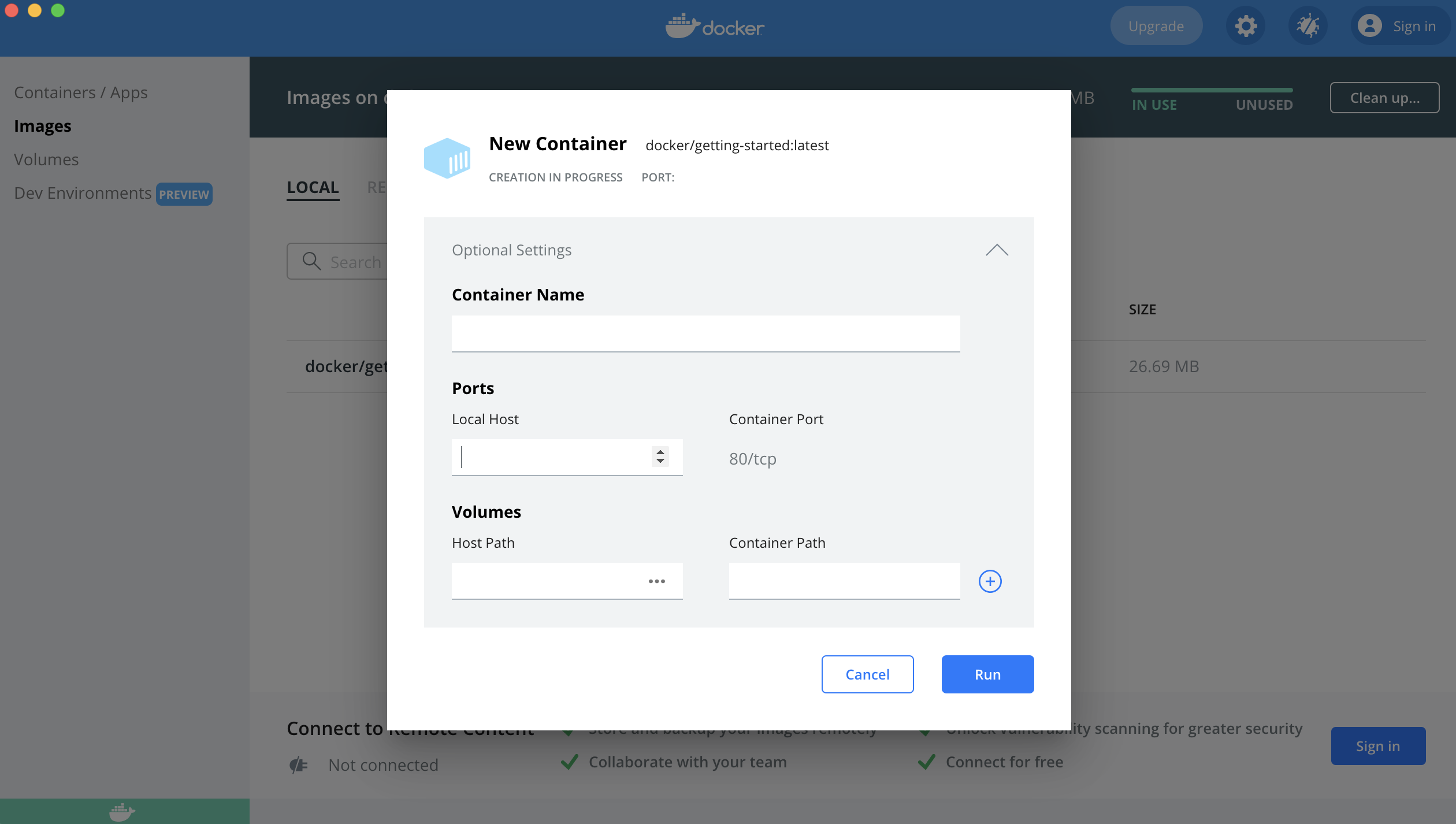 Just a side note if you have the same issue and is with Windows:

In my case the process in my way is just grafana-server.exe. Because I first downloaded the binary version and double click the executable, and it now starts as a service by user SYSTEM which I cannot taskkill (no permission)

I have to go to "Service manager" of Windows and search for service "Grafana", and stop it. After that port 3000 is no longer occupied.

The one that was using the port 8888 was Jupiter and I had to change the configuration file of Jupiter notebook to run on another port.

You can specify the port you want Jupyter to run uncommenting/editing the following line in ~/.jupyter/jupyter_notebook_config.py:

In case you don't have a jupyter_notebook_config.py try running jupyter notebook --generate-config. See this for further details on Jupyter configuration.

it worked fine for me !

On my machine a PID was not being shown from this command netstat -tulpn for the in-use port (8080), so i could not kill it, killing the containers and restarting the computer did not work. So service docker restart command restarted docker for me (ubuntu) and the port was no longer in use and i am a happy chap and off to lunch.

maybe it is too rude, but works for me. restart docker service itself

hope it works for you also!

I came across this problem. My simple solution is to remove the mongodb from the system

Commands to remove mongodb in Ubuntu:

Let me add one more case, because I had the same error and none of the solutions listed so far works:

depending on the init order, serv2 may get assigned the IP 10.10.100.2 before serv1 is started, so I just assign IPs manually for all containers to avoid the error. Maybe there are other more elegant ways.

I have the same problem and by stopping docker container it was resolved.

i solved with this sudo service redis-server stop

7
docker: Error response from daemon: Ports are not available: listen tcp 0.0.0.0:5000: bind: address already in use
0
Spryker fails to start containers on 80 port on ubuntu
0
docker: Error response from daemon: driver failed programming external connectivity on endpoint funny_golick
0
Docker for chronograf does not start (bin adress already in use)
0
install sonarqube with docker compose
0
Django redis docker: port is already allocated
0
How to fix Image for service docker-springboot-example was built because it did not already exist?
0
Conflict between local Tor port 9150 and docker Tor using localhost tor_proxy_port
0
I can't use a specific port with a docker container
0
Can't start docker container 3306 is busy
See more linked questions