How can I run Tensorboard on a remote server?

I'm new to Tensorflow and would greatly benefit from some visualizations of what I'm doing. I understand that Tensorboard is a useful visualization tool, but how do I run it on my remote Ubuntu machine?

Here is what I do to avoid the issues of making the remote server accept your local external IP:

You can port-forward with another ssh command that need not be tied to how you are connecting to the server (as an alternative to the other answer). Thus, the ordering of the below steps is arbitrary.

-f : put ssh in the background

You don't need to do anything fancy. Just run:

and connect with your server url and port. The --host 0.0.0.0 tells tensorflow to listen from connections on all IPv4 addresses on the local machine.

Another option if you can't get it working for some reason is to simply mount a logdir directory on your filesystem with sshfs:

and then run Tensorboard locally.

You can directly run the following command on terminal of your remote server to run tensorboard:

Or you can also start the tensorboard within your ipython notebook:

If your remote server is open to traffic from your local IP address, you should be able to see your remote Tensorboard.

Warning: if all internet traffic can access your system (if you haven't specified a single IP address that can access it), anyone may be able to view your TensorBoard results and runaway with creating SkyNet themselves.

You have to create a ssh connection using port forwarding:

Then you run the tensorboard command:

Then you can easily access the tensorboard in your browser under:

This is not a proper answer but a troubleshooter, hopefully helps other less seasoned networkers like me.

In my case (firefox+ubuntu16) the browser was connecting, but showing a blank page (with the tensorboard logo on the tab), and no log activity at all was shown. I still don't know what could be the reason for that (didn't look much into it but if anybody knows please let know!), but I solved it switching to ubuntu's default browser. Here the exact steps, pretty much the same as in @Olivier Moindrot's answer:

To check that the SSH tunnel is effectively working, a simple echo server like this python script can help:

As I said, hope it helps!
Cheers,
Andres

3) Save the URL that ngrok outputs:

4) Enter that into any browser to view TensorBoard: 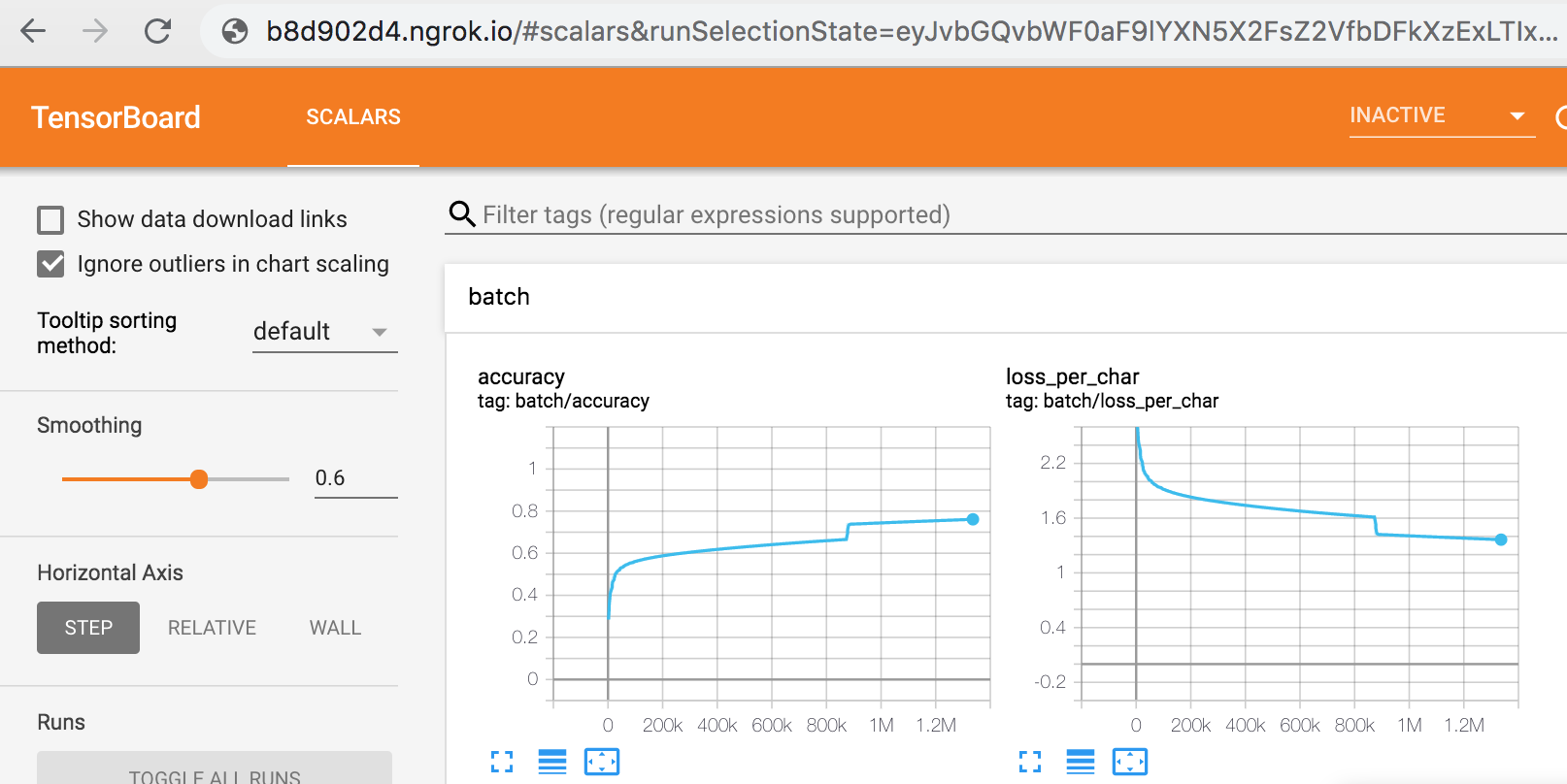 Special thanks to Sam Kirkiles

For anyone who must use the ssh keys (for a corporate server).

While running the tensorboard give one more option --host=ip of your system and then you can access it from other system using http://ip of your host system:6006

14
How to locally view tensorboard of remote server
1
TensorBoard unreachable on Azure virtual machine
0
Connecting to Tensorboard Logs on a Remote Server: The Connection was Reset
1
save a TensorBoard session as HTML including all graphs and images