Golang map internal implementation - how does it search the map for a key?

I've read in "The Go Programming Language" that a "given key can be retrieved ... using a constant number of key comparisons on average, no matter how large the hash table." I'm not sure what that means in terms of its implementation internally though. Does that mean it searches through every key until it finds a match or is some type of binary (or other) search algorithm used internally?

Maps are implemented as hash tables. There are plenty of places that explain hashing; Here's a nice visualization you can run.

One nice feature of Go is that

From the source file for hashmap:

One thing that you can learn from this code that is not normally covered in a lot of classes is how not to invalidate iterators when the map is resized internally.

The native map type uses a hash table implementation. It uses a hashing function on the key to generate an index into an array of data. Thus, generally, most actions occur in O(1) time. This is only generally true as some keys can result in the same index when hashed, called a collision, which then must be handled specially. 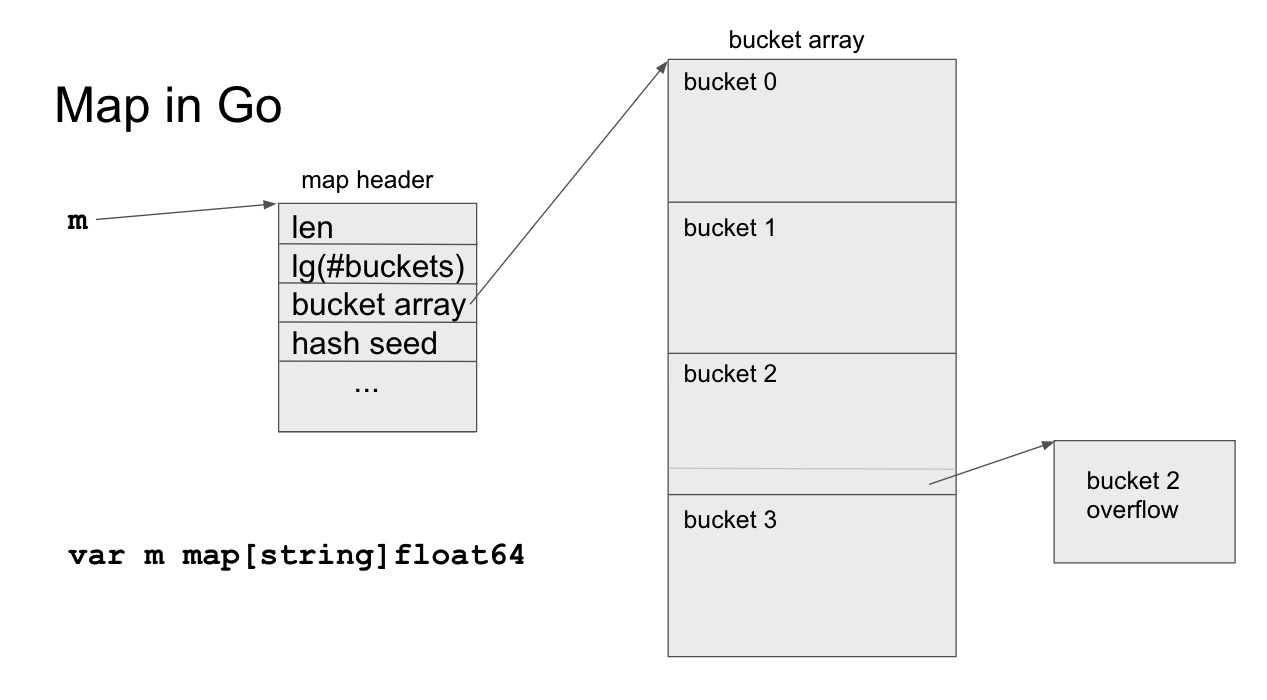 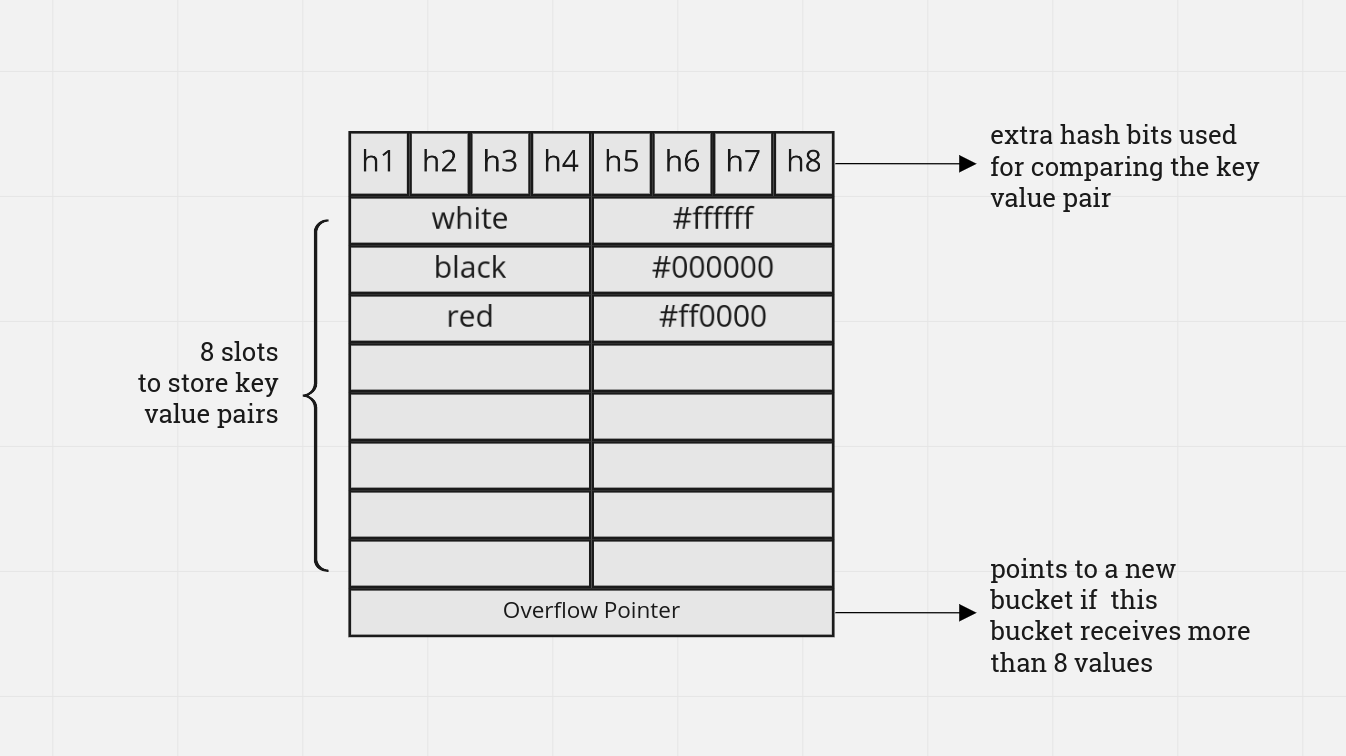 What happens when we insert a new value in the map

Hash function is called and a hash code is generated for the given key, based on a part of the hash code a bucket is determined to store the key-value pair. Once the bucket is selected the entry needs to be held in that bucket. The complete hash code of the incoming key is compared with all the hashes from the initial array of hash codes i.e h1, h2... if no hash code matches that means this is a new entry. Now if the bucket contains an empty slot then the new entry is stored at the end of the list of key-value pairs, else a new bucket is created and the entrance is stored in the new bucket, and the overflow pointer of the old bucket points to this new bucket.

What happens when the map grows

Every time the number of elements in a bucket reaches a certain limit, i.e the load factor which is 6.5, the map will grow in size by doubling the number of buckets. This is done by creating a new bucket array consisting of twice the number of buckets than the old array, and then copying all the buckets from the old to a new array but this is done very efficiently over time and not at once. During this, the map maintains a pointer to the old bucket which is stored at the end of the new bucket array.

What happens when we delete an entry from the map

Maps in golang only grow in size. Even if we delete all the entries from the map, the number of buckets will remain the same

-3
What is internal implementation of make(map[type1]type2) in Golang?
18
How to learn internals of the Go Programming Language?