Currently, I am studying about ReactJS with Atom Editor and I want to try out ATOM REACT PLUGIN. For the installation, it require me to use the command apm install react but the Windows CMD doesn't recognize apm. After searching on the internet, it seems that calling the apm command is simple on Mac but not simple on Windows. Is there a step by step installation guide for apm in Windows? 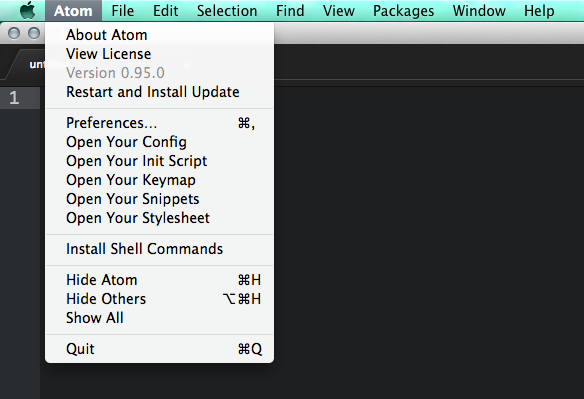 In Windows version, I cannot find it out:

Add it to the system path environment variables.

The problem is that the Atom installation did not successfully add the Atom bin folder to the path.

I run into this issue quite a bit, as Windows environment variables are of finite size. On my dev machine, where I typically have many things installed, each install wants to add itself to the path, resulting in a very long PATH variable, which ends up being truncated by the OS, causing lots of headaches. It can actually break things quite badly for you, if the truncation happens at an unfortunate location.

You need to edit and clean up both the User PATH env variable, as well as System one.

Once you go thru this kind of cleanup, don't forget to add %LocalAppData%\atom\bin to your user path.

That should take care of Atom and apm!

Not the answer you're looking for? Browse other questions tagged windows installation atom-editor or ask your own question.

1239
How can I develop for iPhone using a Windows development machine?
2988
How can you find out which process is listening on a TCP or UDP port on Windows?
1386
Ignoring directories in Git repositories on Windows
2682
How can I install pip on Windows?
662
How do I install and use cURL on Windows?
1071
Filename too long in Git for Windows
5
Atom Editor - Install Minimap Package on Windows
1012
Node.js/Windows error: ENOENT, stat 'C:\Users\RT\AppData\Roaming\npm'
1
Impossible to install atom-beautify on Windows 7 64bit machine with apm