Is there any way to debug chrome in any IOS device

Is there any way to debug chrome browser on IOS device?

If there is no way, how i can approach to bug in chrome on ios?

You can't directly debug Chrome for iOS due to restrictions on the published WKWebView apps, but there are a few options already discussed in other SO threads:

There's a "bug" opened up for WebKit: Allow Web Inspector usage for release builds of WKWebView. If and when we get an API to WKWebView, Chrome for iOS would be debuggable.

Since my answer back in 2016, some work has been done to improve things.

There is a recent project called RemoteDebug iOS WebKit Adapter, by some of the Microsoft team. It's an adapter that handles the API differences between Webkit Remote Debugging Protocol and Chrome Debugging Protocol, and this allows you to debug iOS WebViews in any app that supports the protocol - Chrome DevTools, VS Code etc.

Check out the getting started guide in the repo, which is quite detailed.

If you are interesting, you can read up on the background and architecture here.

If you don't need full debugging support, you can now view JavaScript console logs directly within Chrome for iOS at chrome://inspect. 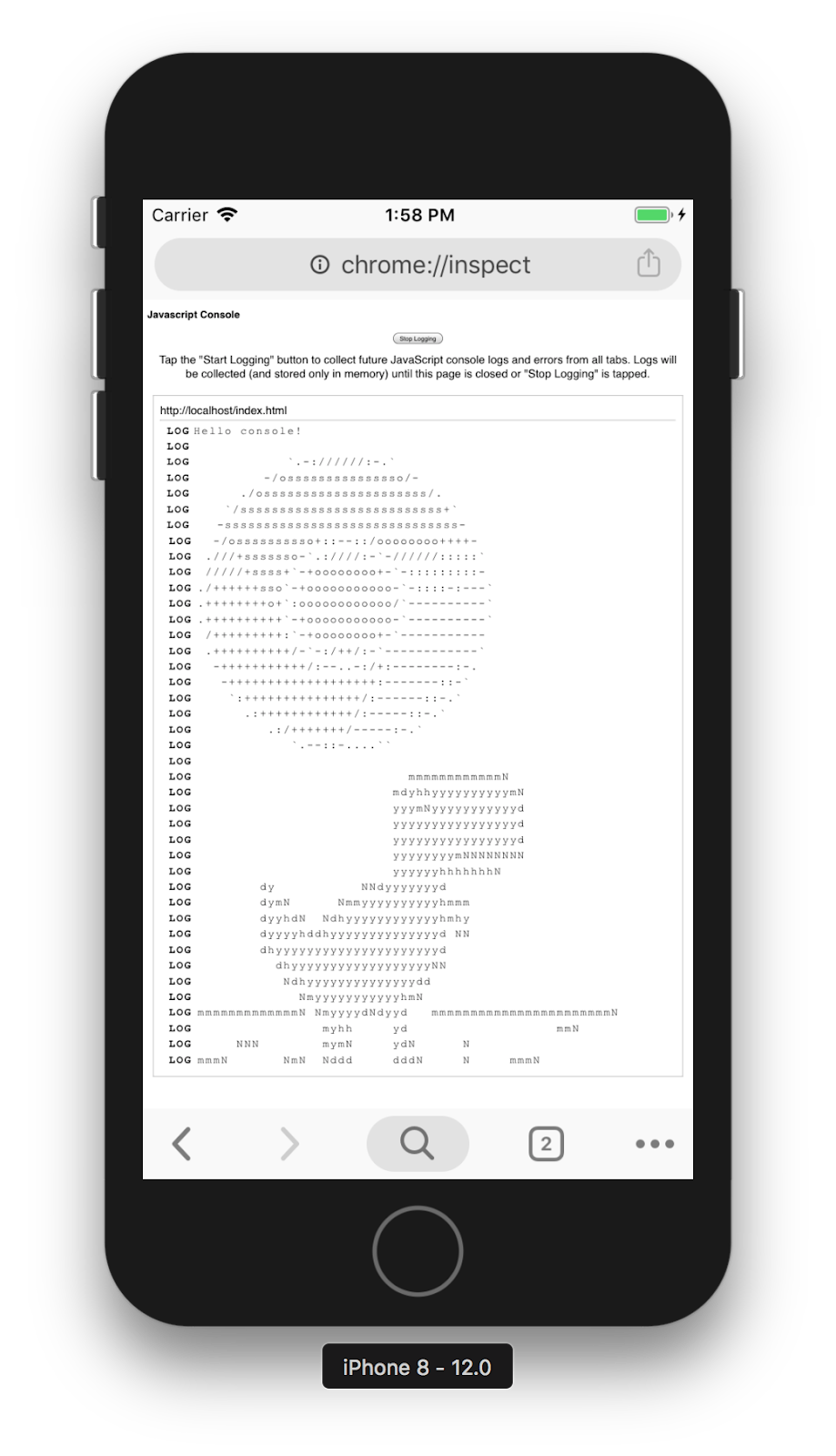 Not the answer you're looking for? Browse other questions tagged ios google-chrome google-chrome-devtools or ask your own question.

0
How to get console logs on Chrome mobile without usb debug?
0
Automation testing on mobile web using Chrome on Android and ios.

1221
How can I develop for iPhone using a Windows development machine?
378
Is there a way to get the XPath in Google Chrome?
1797
Disable same origin policy in Chrome
1243
How to manually send HTTP POST requests from Firefox or Chrome browser?
479
Detect if device is iOS
705
Using Chrome's Element Inspector in Print Preview Mode?
1220
How do I get ASP.NET Web API to return JSON instead of XML using Chrome?
1393
Hide scroll bar, but while still being able to scroll
337
Chrome DevTools Devices does not detect device when plugged in
889
Xcode error “Could not find Developer Disk Image”