Basicly I'm super newbie and started internship in IT company. I installed VS with Xamarin. The problem that I'm facing is very frustrating. So even when i create empty project I can't compile it and get error like this :

I searched all over google and asked so many people and still no fix of my problem. If anybody can help me via skype or teamwiever i will APPRECIATE so much. My skype: toniterdal , feel free to add me.

I was having the same issue, and tearing my hair out. I had the JDK Version 8 installed, but these warnings wouldn't go away, and eventually they generated a build-breaking error.

When I went to Tools -> Options -> Xamarin, and looked at the Android Settings, the Java Development Kit Location was pointing to jdk.1.7.xxxx, in Program Files (x86).

I changed it to 1.8.0_101, in Program Files. Then I restarted Visual Studio, and the same error happened again. Somehow, Visual Studio was detecting Version 7 of the JDK and pointing it to that automatically.

So the solution turned out to be very simple. As well as installing Version 8 of the JDK, UNINSTALL Version 7 of the JDK. As soon as I did that, Xamarin turned out to be much better behaved. This step solved a whole bunch of seemingly unrelated problems. 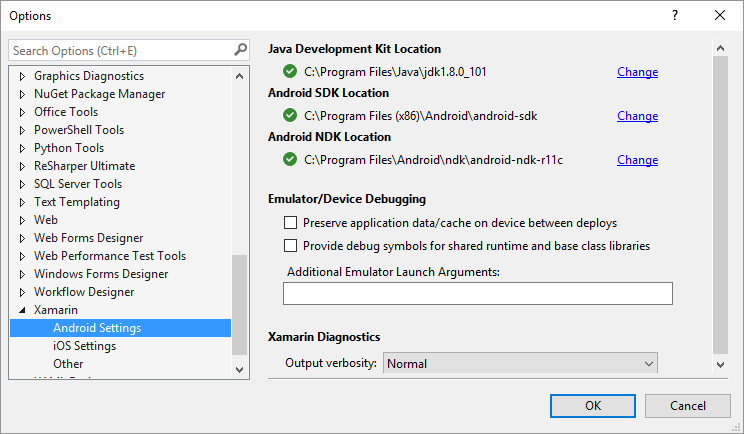 That error is telling you that the Java Class version that is being loaded was compiled with Java 8 (52) but Java 7 (51) is trying to load that compiled class.

For people having problems with setting the appropriate JDK version, you might want to try to override this setting in the vs2015 options dialog: 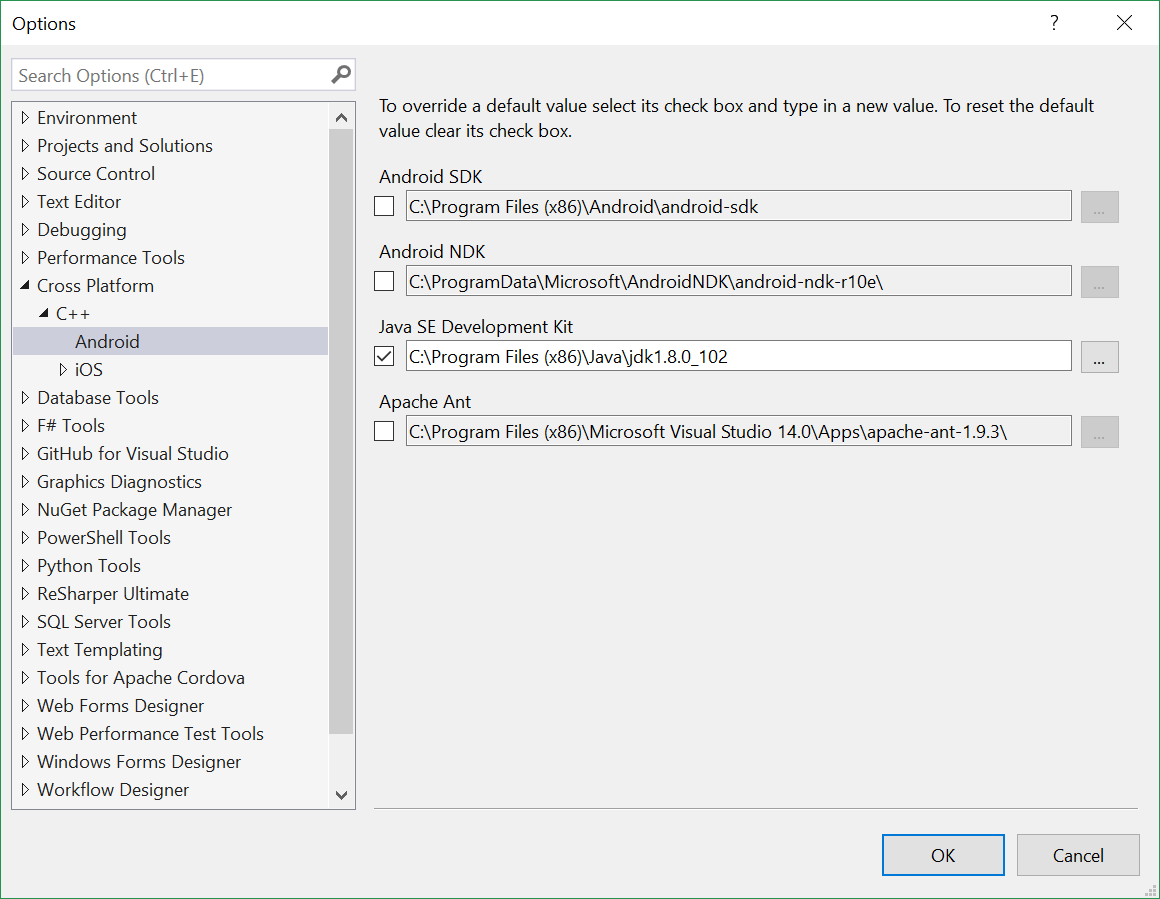 You have a bad proguard.jar file, you need to replace this .jar by a correct version. The steps below describing how to do that. Some colleagues had the same problem here.

Everything should be fixed!

You can find more info about the bug here:

For me worked to change the SDK as well, but under Options->Xamarin->Android Settings, I don't have Cross Platform in Options for VS 2015Pro

Note for Windows 64 bit users, the JDK has to be the x86 version not the x64 version.

Kaloyan you can find the setting for the Java SKD under Tools->Options and the click on Xamarin in the Options list, then select Android Settings. I installed the latest Java version (8.0.111) and then did a clean on my project and it runs fine now with no errors. Thank you everyone for your posts!

In my case, i had to reinstall the JDK 8 (the last version) because other versions JDK 7 couldnt work even with new projects or clean up projects, and also i had to do a clean install of the android sdk.

This is how I solved the same issue I faced today:

From Control Panel > Uninstall a Program > uninstall the older Java versions which are on your system. You should only have Jdk 1.8 and Jre 1.8 on your system.

Then I restarted IntelliJ IDE which I am using. It automatically asked to update the path of SDK. Update the path to point to Jdk 1.8 and then I recompiled my files and things started working well.

Hope it works for you too!

Not the answer you're looking for? Browse other questions tagged visual-studio xamarin xamarin.android or ask your own question.

1740
How do I remedy “The breakpoint will not currently be hit. No symbols have been loaded for this document.” warning?
545
“The breakpoint will not currently be hit. The source code is different from the original version.” What does this mean?
2
xamarin error when compiling Android Code. java\lang\Object.class major version 51 newer than 50, the highest major version supported by this compiler
3
Skipped Deploy: Project: OpenGLDemo.Droid, Configuration: Debug Any CPU ---— 2>Project not selected to build for this solution configuration
0
Could not load assembly 'Microsoft.Threading.Tasks
4
Xamarin UWP release mode Error - ILT005 returned exit code 1
0
Xamarin.Forms.Map Error
4
How to fix Error NU1202 Package Xamarin.Android.Support.CustomTabs