It seems I can't SSH to my virtual box.

I have a virtual box running with Win7. The host PC is also in Win7. The virtual box was created through Vagrant with the following Vagrantfile.

Open cmd. Go to the root folder of the VagrantFile. Execute the following command:

Time out appears though the virtual box has already finished the boot. (Checking via VirtualBox Manager)

While debugging the vagrant ssh, I may have found some useful logs:

Can you suggest some ways on how to get out of this? I've tried the non-Windows image - hashicorp/precise64, and it worked fine.

I have the same issue. Do by follow this step and working for me.

These steps will work

Note: vagrant halt is must, settings can't be edited in running state 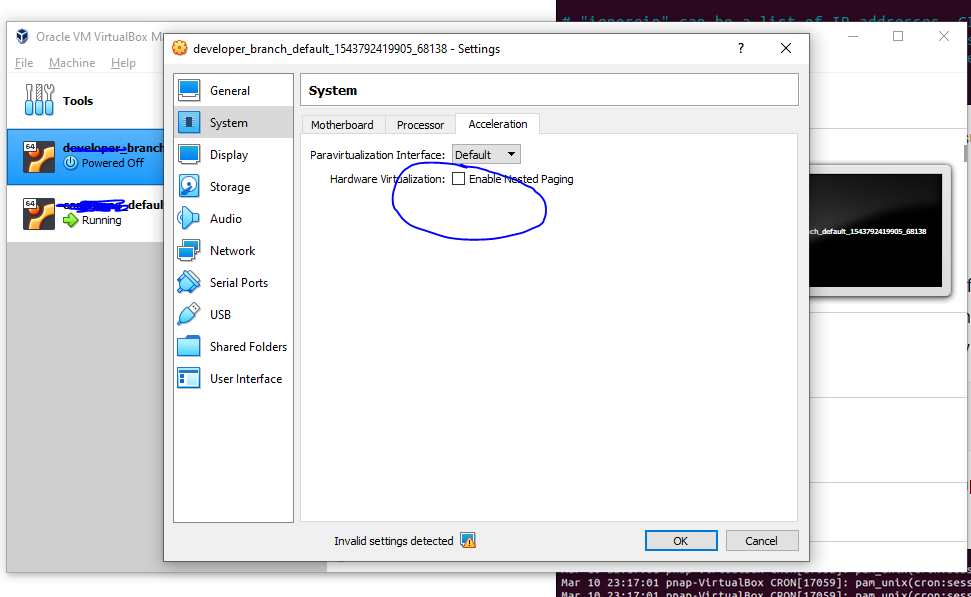 The following commands worked for me.

After rebooting my computer and enabling intel virtualization in BIOS, I was able to get past this.

I was getting error as : ssh_exchange_identification connection reset by peer Please follow below link ,it worked for me. https://talk.openmrs.org/t/error-on-vagrant-up/8833/30

Please open virtualbox and check if any vm is running.

Not the answer you're looking for? Browse other questions tagged windows ssh vagrant virtualbox or ask your own question.