What's the difference between Docker for Windows and Docker on Windows?

One other interesting note is that Docker Tools for Visual Studio appears to only support Docker Desktop for Windows and not Docker on Windows.

What I'm really looking for are the stated differences bettwen the two, some sort of good comparison. What features are each trying to acheive, where are they similar, where are they different. Will they always be different or will they ever come together?

Docker on Windows is a colloquial way to refer to just the Docker Engine running on Windows. I find it helpful to think of this as a Windows Container Host, so yes Windows containers only. This would be what you would run on a Windows Server 2016 machine. So maybe a better name is Docker for Windows Server which I believe people have used as well. I still prefer a Windows Container Host. Which means it only has the Docker Engine at the end of the day, doesn't even need to have any of the Docker clients (docker CLI, docker-compose, etc).

Docker Desktop for Windows is a product meant for running both Linux and Windows containers on Windows. It's not meant for a production environment, and instead is meant for a desktop/client SKU of Windows, hence the Windows 10 requirement. So you could think of this as Docker for Windows 10. Because DfW can run both container types, there are different configurations that it sets up on your machine:

Just to add on top of Wes's answer on Docker for Windows and few details about the experimental LCOW which is what you are looking for a side by side execution of Windows and Linux containers on the Windows host machine.

Right now there are two ways to run Linux containers with Docker for Windows and Hyper-V:

In the 1st approach, Docker for Windows windows will have docker daemon service on the Windows host machine as well as it will be available on Linux MOBY VM. So basically, you will have 2 different docker hosts. One which is running on your Windows Host Machine, Managing only Windows Containers and other which is running on your Linux Moby VM and Managing only Linux Containers. 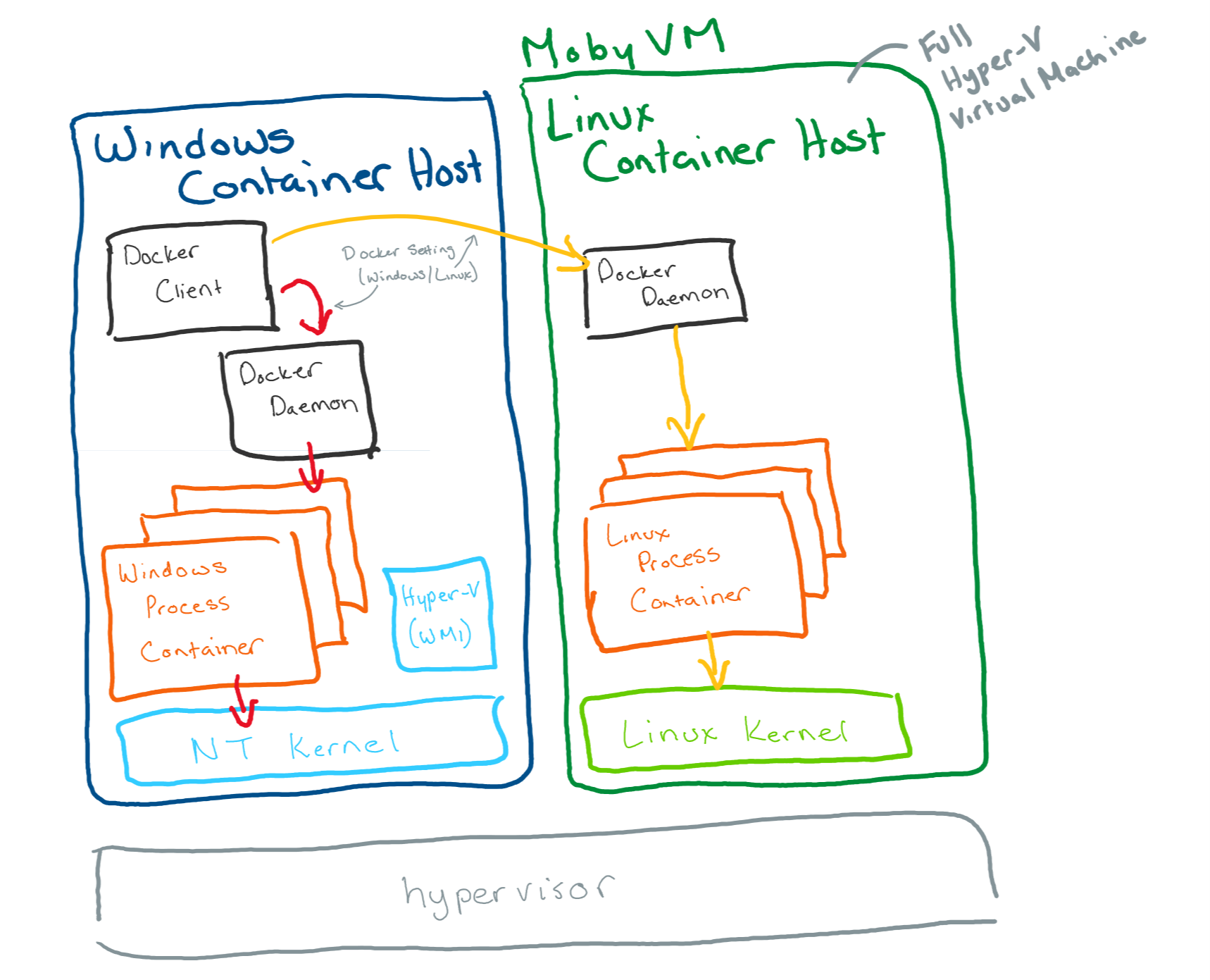 Things are really getting interesting with the 2nd approach, 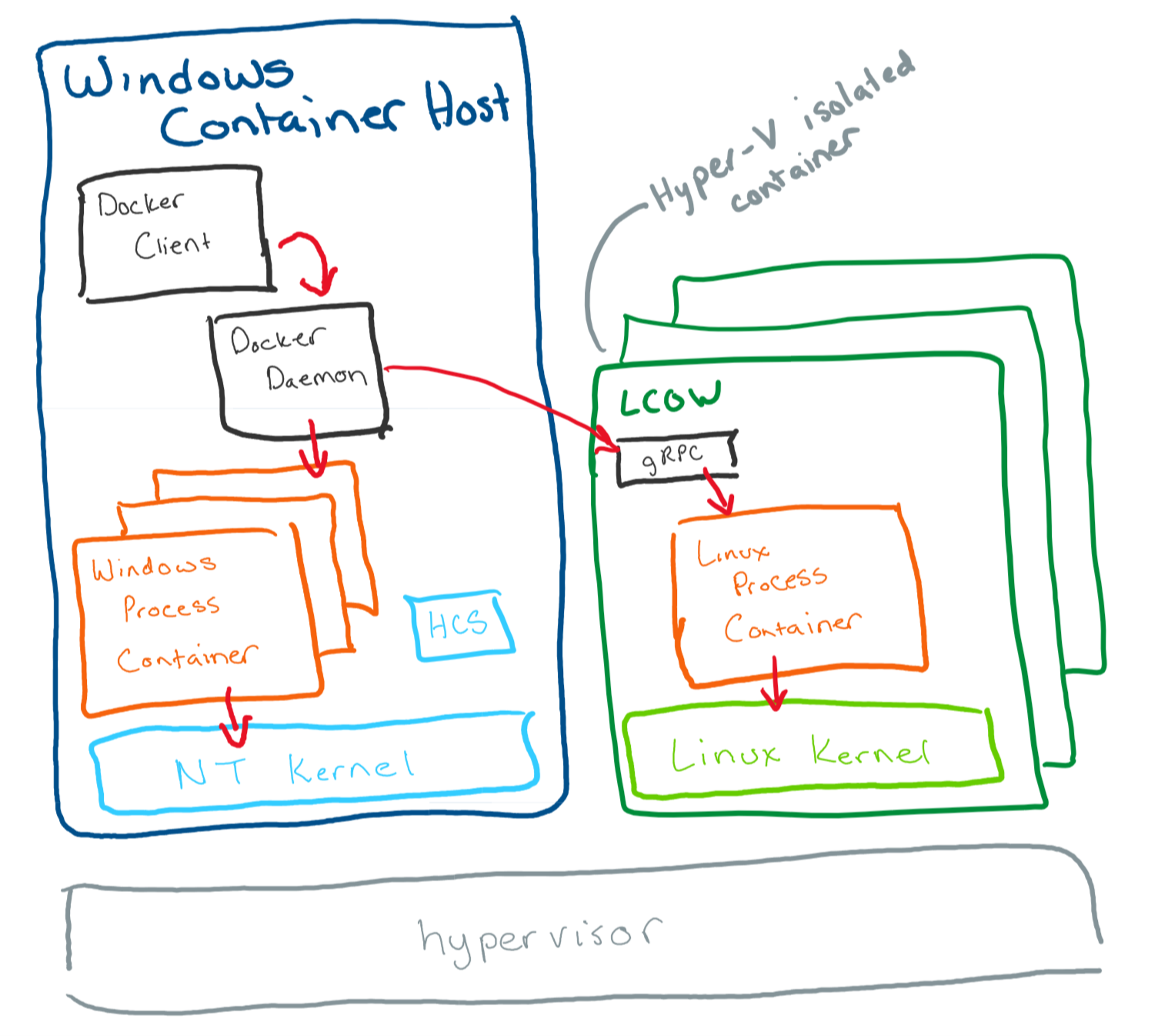 The main difference here in this approach is that there is only one docker daemon service is running on Windows Host Machine and managing both Windows and Linux containers.

Not the answer you're looking for? Browse other questions tagged windows docker docker-desktop docker-for-windows or ask your own question.

15
How to run Linux Docker images on Windows Server 2016?
4
Running .Net Core in Docker in Windows Subsystem for Linux
2
Linux Containers on Windows (LCOW) feature vs Running Linux VM on Windows
0
Do I have to install Docker on the remote host, in order to access my application online?
1
What is difference between Docker and Docker Desktop?