SwitchMap vs MergeMap in the #ngrx example

Below is code from the Ngrx example: https://github.com/ngrx/example-app/blob/master/src/effects/book.ts My question is why in the first @Effect, it uses switchMap while the others use mergeMap. Is that because the first @Effect is dealing with network, and with the switchMap you can cancel the previous network request if it's running?

You are correct; switchMap will unsubscribe from the Observable returned by its project argument as soon as it has invoked the project function again to produce a new Observable.

RxJs is incredibly powerful and dense, but its high level of abstraction can sometimes make code hard to understand. Let me debunk the marble diagrams and docs given by @Andy Hole a little and bring them up to date. You may find the marble syntax reference highly valuable to better understand rxjs operators from their tests (at least I found this missing/not highlighted enough in the official docs). 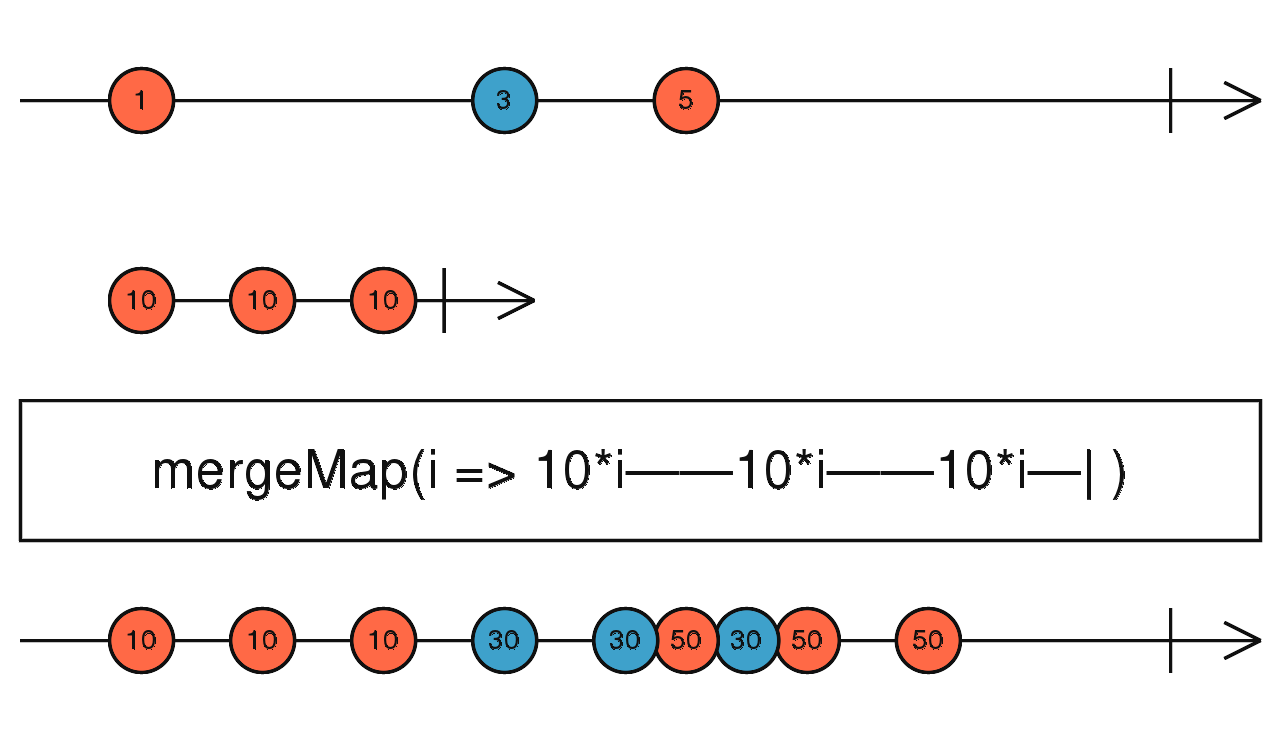 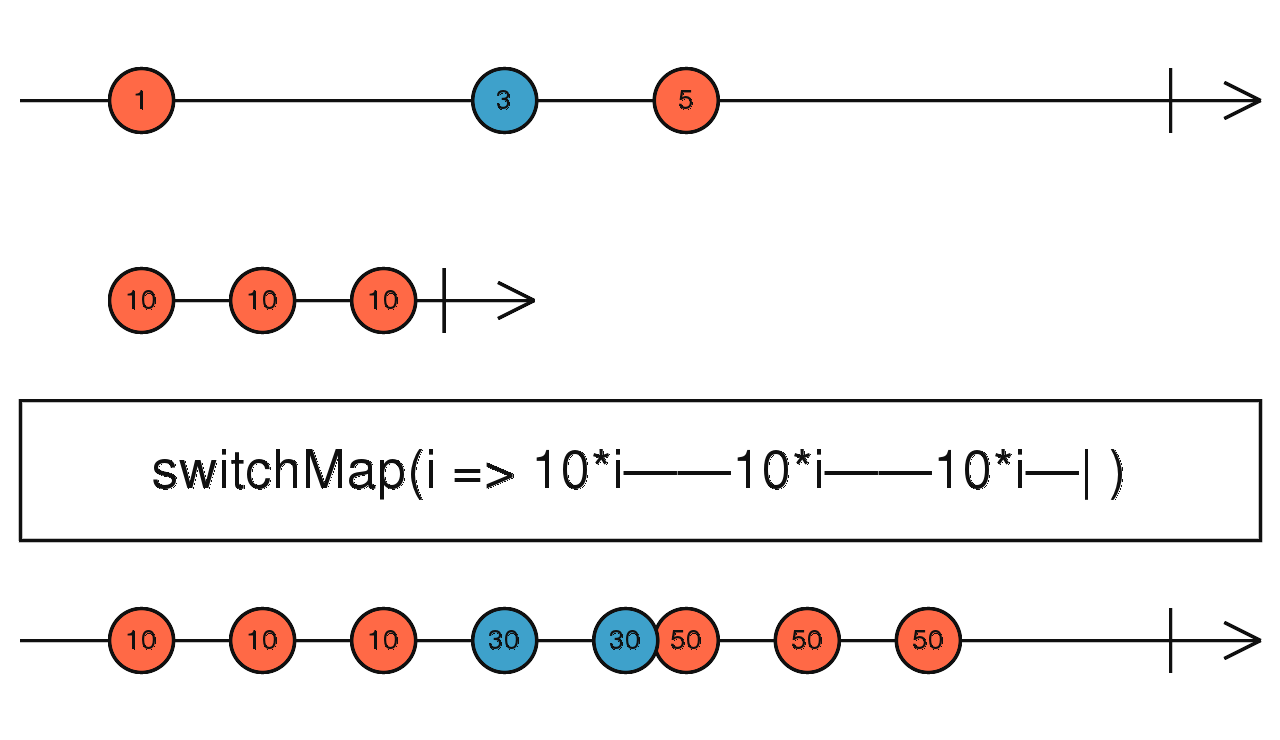 This is different with switchMap(), which will unsubscribe from the Observable returned by project as soon as it has invoked it again on a new element. The marble diagram indicates this with the missing third 30 item in the output Observable.

In the example you have given, this leads to the cancellation of the pending search request. This is a very nice but hard-to-get-right property, which you get for free by combining switchMap() with cancellable Observables returned by Angular's Http service. This can save you a lot of headaches without worrying about properly handling all the race conditions that typically occur with async cancellation.

As you can see, switchMap is used with search functionality. The searchbox in this example is programmed to basically emit a search request when the user enters text in the textbox (with a 350ms debounce or delay).

It is very nicely shown in the marble diagrams provided in another answer. In mergeMap, the previous Observables are not canceled and therefore '30' and '50' are mixed together. Using switchMap, only the 5s are emitted, because the 3's are canceled.

Projects each source value to an Observable which is merged in the output Observable.

Maps each value to an Observable, then flattens all of these inner Observables using mergeAll.

Projects each source value to an Observable which is merged in the output Observable, emitting values only from the most recently projected Observable.

Maps each value to an Observable, then flattens all of these inner Observables using switch.

You don't want an API save data request to cancel. That is why you would use mergeMap. A search query can be thrown away, no loss of data, and the user might be editing their query and are not interested in the data for the old one. Hence switchMap.

Not the answer you're looking for? Browse other questions tagged rxjs ngrx or ask your own question.

12
md-autocomplete angular2 getting data from server (with a service)
7
Angular 2 calling multiple async methods
8
Angular2: which is the best way to make multiple sync calls with Observables?
2
NGRX effect only triggering success action once on multiple dispatches

1654
What is the difference between Promises and Observables?
0
ngrx/effects not dispatching mapped actions
4
In ngrx (with ngrx/effects), how to retrieve the ID of a newly created item?
0
using angular ngrx and firestore, the set() method return undefined
4
NGRX Effects testing with { dispatch: false }
3
Service methods firing multiple times when using new Ngrx 8 createEffect pattern
5
What is the proper way to chain action in rxjs / ngrx effects
1
How to dispatch actions every ten seconds and stop them on another action?
0
Ngrx/effects: how to show a dialog before updating via http