Sometimes, it seems I can't comment my code with the usual shortcut (command + /) under Xcode 8 Beta 4. The option is disabled in the menu (screenshot below).

Do you have any idea why? Am I the only one having this issue? 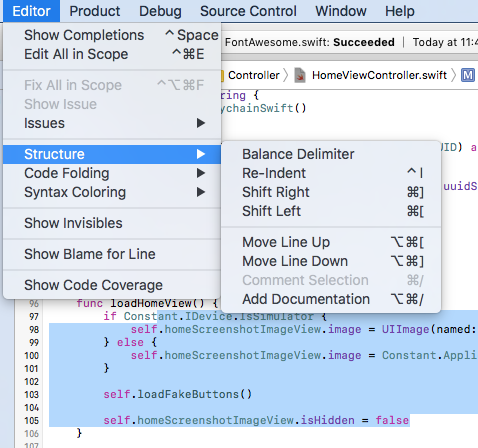 EDIT: It seems to work again after restarting Xcode... Still looking from where it comes. It's a bit annoying...

EDIT2: It still occurs on Xcode 8.1. Maybe because I have 2 versions of Xcode installed (normal and beta)? Can't fix it anymore with a simple restart!

Try this. Out of all the other suggestions, this was the only one that worked for me.

Go to your applications folder and rename Xcode to whatever you want, then open the Xcode. Check to see if the comment selection now works, if so, you can go back and rename Xcode to its default name. If not, rename Xcode back to its original name anyway, and continue searching for another solution.

This worked perfectly for me.

None of the workarounds worked for me after installing xcode 8.1 beta. I finally found that moving the Xcode beta out of the applications folder into a different location (desktop is where i put mine) then running sudo usr/libexec/xpccachectl fixed the issues i was having.

This is a known bug in Xcode 8 beta-4 (according to Apple, on "some systems", without specifying which ones).

The good news is, according to Apple they've fixed this in beta-5. From the release notes:

The Editor’s Comment/Uncomment Selection command is functional when enabled. (27524523)

The bad news is, it's still not working for me in beta-5, even after rebooting. And for the life of me, I can't figure out what they mean by "when enabled". Since when do you have to "enable" comment/uncomment, and how would you go about doing that?

On a German Macintosh Computer, there is a System keyboard shortcut overriding the Xcode comment section shortcut. 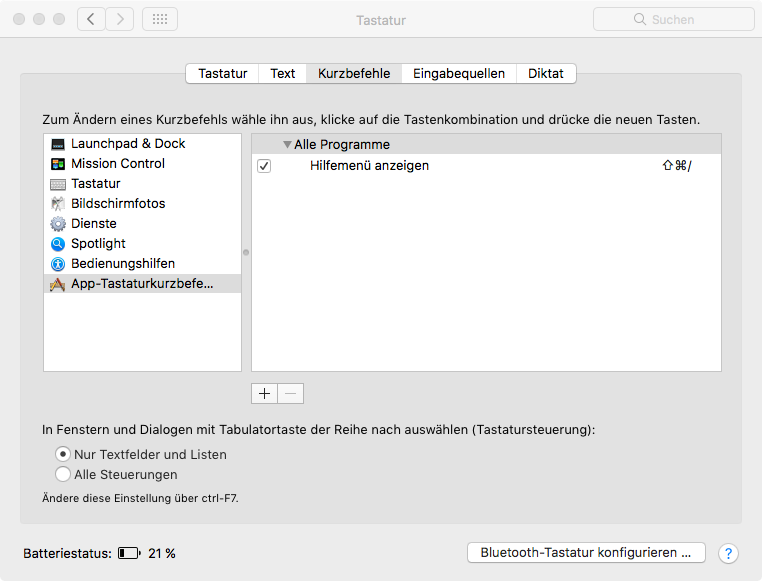 It still happens in Xcode 8.1 which was installed from Mac App Store.

I tried sudo usr/libexec/xpccachectl, but no luck.

I could solve this be reassigning shortcut keys again. 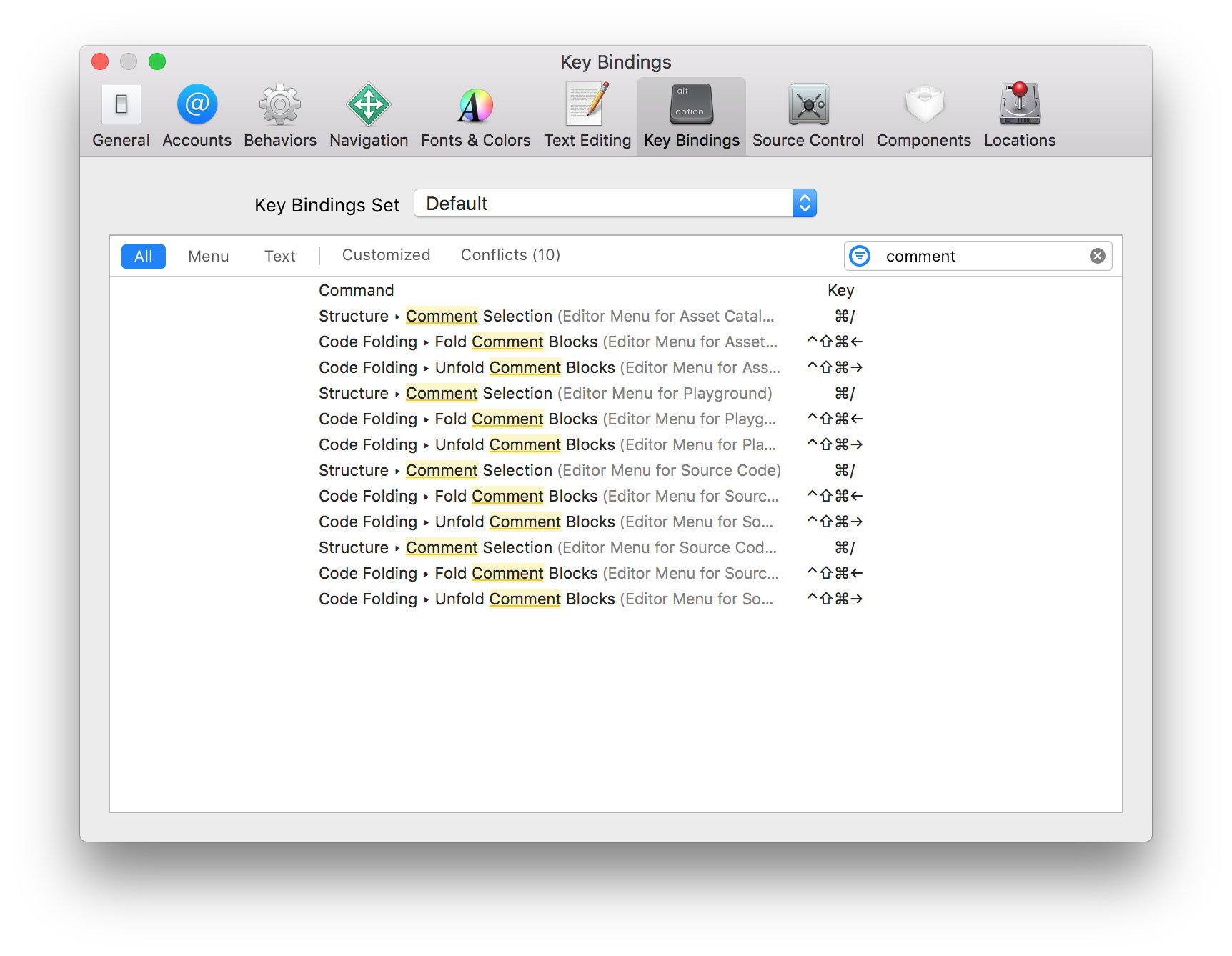 My situation is a bit different(stupid?): I found I can't comment any line from a particular part of a particular file. I tried all the methods above with Xcode 8.1 and Xcode 8.2, but got no luck. Finally I found it was caused by a comment trick like below,

In Xcode, you can't comment line 2 with Cmd+/ because it has been commented already by /**/, which is fine. However, you can't even comment line 4 with Cmd+/, as Xcode may think it's still in a /* */ block, but it's actually not. If I remove // from line 3, then commenting line 4 works fine.

Note the following bit of code is working with path characters / and wildcards * that together make /*. Anything after this line and commenting out doesn't work in XCode.

I did as Joe_04_04. Renamed de Xcode APP to anything else and back to original name

This works for me. Good Luck.

I find two solutions:
1. Type sudo /usr/libexec/xpccachectl in Terminal, then reboot.
2. rename the Xcode 8.2.1 to Xcode8,restart Xcode8, now it works!

I just experienced this same issue for the first time (I've been using various versions of Xcode for over a year, maybe two).

After reviewing these threads, I noticed that my MacBook Pro had a pending update and could not install the update because Xcode was open. I closed/quit Xcode, installed the update, forced quit all open apps, restarted my laptop and the issue was resolved.

This still (May 2017) happens to me occasionally in Xcode 8.3.2. Quitting Xcode is not enough to clear it up. Logging out and logging back in fixed it for me. I did not have to run a command line tool or reboot.

Not to downplay the discussion above, but I tried all the solutions proposed above and all failed. Finally I updated Xcode to the latest Version 9.3 (2018) and everything works now!

1435
What's a quick way to comment/uncomment lines in Vim?
873
How do I comment out a block of tags in XML?
1050
How do you comment out code in PowerShell?
1064
How to "comment-out" (add comment) in a batch/cmd?
14
How to fix Xcode "DTAssetProviderService could not start.." error?
103
SecItemAdd always returns error -34018 in Xcode 8 in iOS 10 simulator
0
Can't validate or upload app
38
Xcode 9.2 Upload to App Store fails with description length and invalid toolchain errors