I searched for hours trying to figure this out. The answer came from a combination of related answers, so I figured I would document what I learned for anyone else who may be struggling. See answer.

Attention: This answer, while technically correct, is now out of date

Development on the ThreeTenABP Library is winding down. Please consider switching to Android Gradle plugin 4.0, java.time.*, and its core library desugaring feature in the coming months. 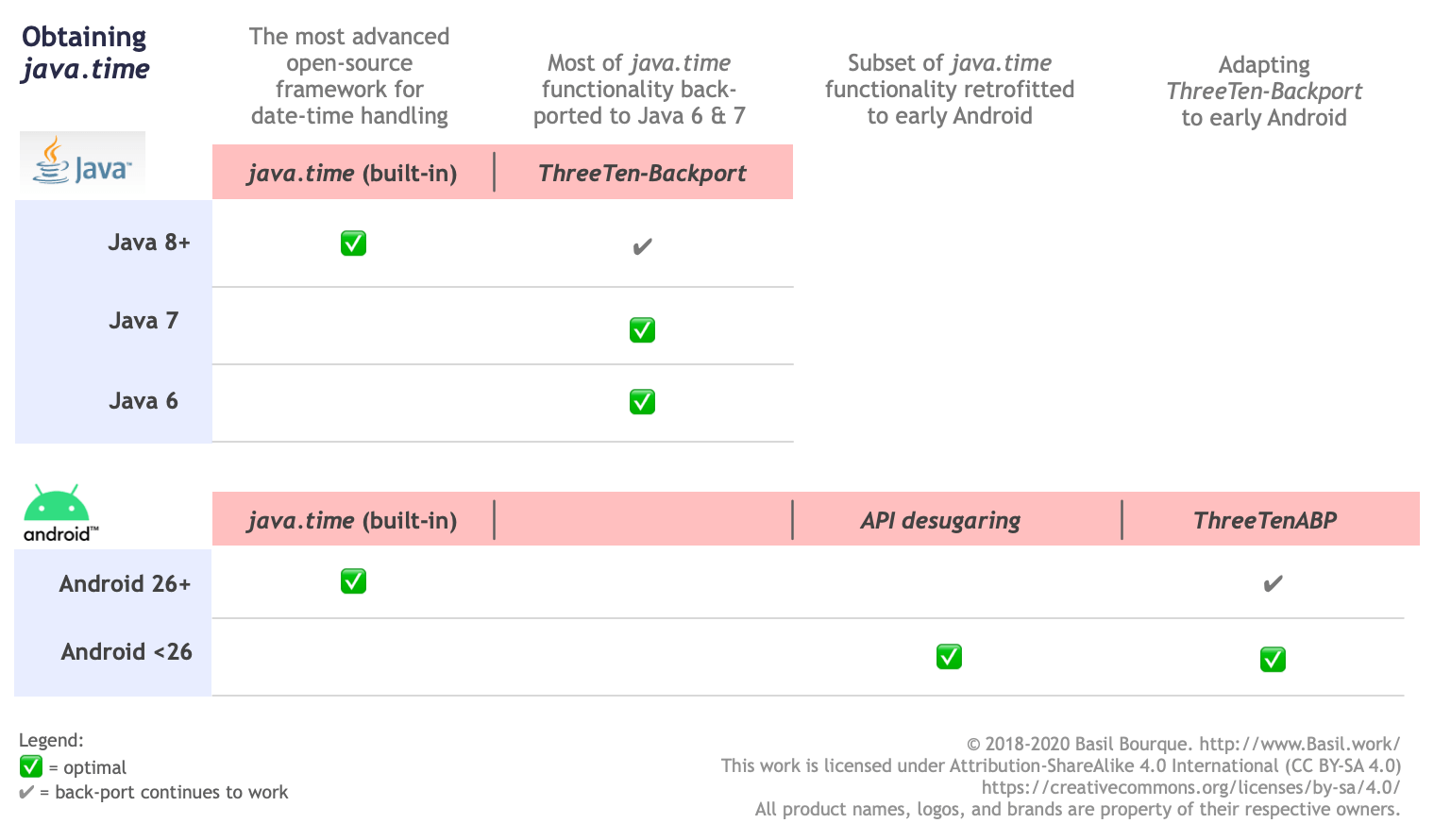 Add the following in your build gradle (Module level) file in Android Studio:

1
Using java.time classes in older Android, such as DayOfWeek
1273
How to get current time and date in Android
822
How to get the current date/time in Java
495
Calculating the difference between two Java date instances
618
How to convert Milliseconds to "X mins, x seconds" in Java?
507
Change date format in a Java string
404
How to get current moment in ISO 8601 format with date, hour, and minute?
369
How to format date and time in Android?
446
Convert java.util.Date to String
508
How to convert java.util.Date to java.sql.Date?
See more linked questions

4674
How do I get a timestamp in JavaScript?
3093
Should I use the datetime or timestamp data type in MySQL?
3681
How do I get the current time?
4274
How to close/hide the Android soft keyboard programmatically?
3132
How to stop EditText from gaining focus when an activity starts in Android?
3038
Is there a unique Android device ID?
2228
What is 'Context' on Android?
3960
Proper use cases for Android UserManager.isUserAGoat()?
77
'android-24' requires JDK 1.8 or later to compile