We are trying to upload a Xamarin Android APK to Google Play and having some weird behaviours which I'm not sure how to fix.

Yesterday we manually an APK to Google Play as it was our first version that we were uploading. When we uploaded it, it seemed to get a version number that did not match the android manifest value of 1. The highlighted red area is the uploaded APK

We found an issue with the build so updated the code and we set the product number to a value of 2 in the android manifest file. This time we used Xamarin Studio to upload the APK vi the Archives list. You can see in the following image that the product number is set to 2

This resulted in two new entries listed in the console but again, strange version numbers. They are highlighted in the following image 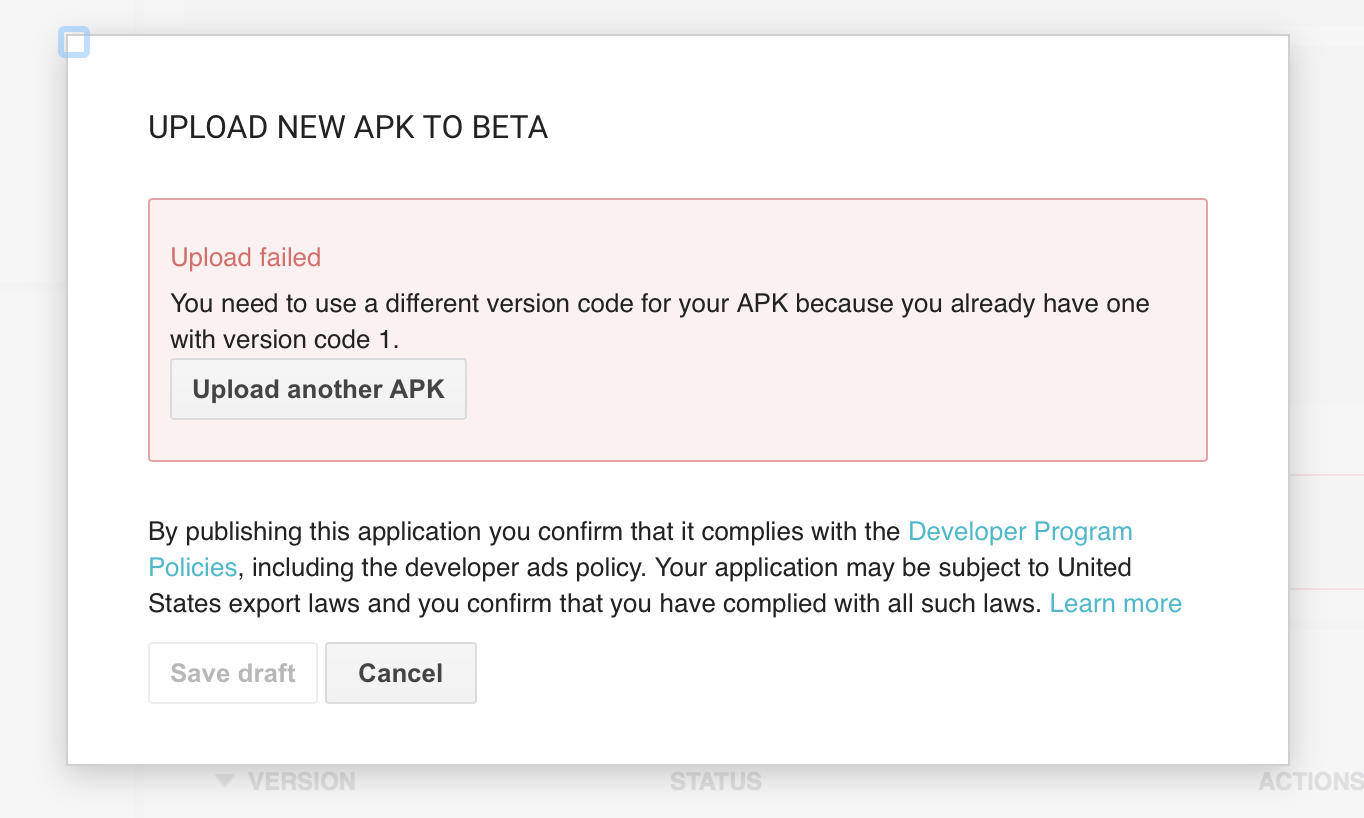 Anyone understand what is going on and how to resolve this. The only thought I have is to update our version number to 131074 but not sure that will work

So haven't heard back from Xamarin or Google Play so i decided to attempt to do a new build but with a version number of 131074. I don't want to use a number so large but figured lets try it. However, I'm not able to build with it because there is a limit of 65535 on the product number.

As requested, here is a link to the AndroidManifest.xml. Unfortunately I do not have the original from when the versioncode was set to 1 anymore

We were never able to solve this issue or understand why it happened. In the end I created a new project in Google Play, updated our package name to match the new project and did the process over. This time it worked. I tested it with about 4 different test projects just to be sure.

No idea why it happened originally

Not the answer you're looking for? Browse other questions tagged xamarin

google-play xamarin.android or ask your own question.

204
The apk must be signed with the same certificates as the previous version
276
This version of the application is not configured for billing through Google Play
6
Different version code for APK, android app with phonegap build
2
Why does my Xamarin Android application suddenly require external storage permissions?
178
How to change Android version and code version number?
2
Google play: required android version doesn't match manifest minSdk version
0
Version code with Xamarin via VSTS on Google Play
1
Ionic - Uploading new version to Google Play Dev results in error
27
Targeting 64 bit architectures on Xamarin Android