I'm trying to setup an Android dev environment on Mac.

My starting point is Java 1.7 I believe. So I installed android studio and opened the project I'd like to build. And it says:

What have I done wrong?

Make sure your JDK Version through Project Structure 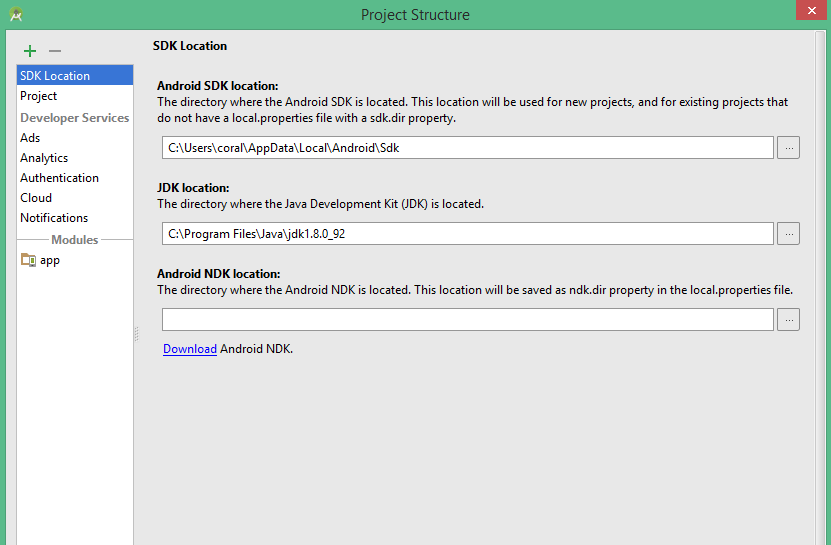 You can add this in your gradle section

On a Mac just double-click on the app and a new modal windows will show. Then select 'Open Module Setting' and go to 'SDK Location'.

Not the answer you're looking for? Browse other questions tagged java android macos android-studio or ask your own question.

12
'java' plugin is not compatible with the Android plugins
2
How do I resolve: "Error evaluating project ':app'.Unsupported major.minor version 52.0
1
java.lang.NoClassDefFoundError: com.google.firebase.FirebaseOptions i tried all but solution but i dont know solution