This is basically a follow-up to this question, but now since the OS X Docker no longer needs Docker Toolbox (i.e. no longer needs VirtualBox), I'm totally lost how to switch from AUFS to devicemapper or something else.

The issue I'm facing here as well is the missing hardlink support in AUFS which makes problems during the installation of the Android SDK, so I hope devicemapper will help me here.

So, how can I change the storage driver of Docker's native implementation in OS X?

The Alpine Linux VM that Docker for Mac runs doesn't support the devicemapper driver but it can run the overlay2 driver.

There's no UI for managing this config yet The Docker for Mac UI has been updated to include a "Daemon" section where you can edit the docker.json config file.

You can modify the Docker config files on your mac in ~/Library/Containers/com.docker.docker/Data/database.

This directory is a git repo and it will normally be blank:

There are files in the git database though

To retrieve the previous contents from git, run:

Edit the docker daemon config file that now exists, to include the overlay2 storage driver.

Docker on the VM will need most of /var/lib/docker removed before you can start with a new storage driver. This will DELETE all of your containers, images and volumes! Take backups of anything you need beforehand.

Exit the prompt with ctrl-d

Exit the screen session with ctrl-a then d

Now you can commit your changes back on the mac

Changes will be picked up automatically by Docker on commit and the VM will be restarted.

You now have a Docker for Mac VM running with the overlay2 storage driver. If that doesn't resolve your problems, with some work you could probably figure out how to get devicemapper support working in the VM too. The steps once you've figured that out are all the same.

Note Upgrades to Docker for Mac can cause some weirdness. Last upgrade all my containers/images disappeared from a docker ps or docker images. I had to reset the git repository again and restart Docker for my config changes to come back, then all the data came back.

Matt is correct that the default Docker-for-Mac kernel doesn't support devicemapper, but in general, there's a better way to change the daemon options: 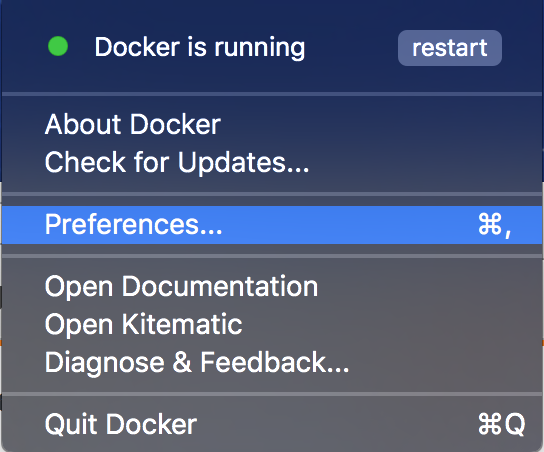 Click Advanced and provide the JSON for customizing your daemon settings. 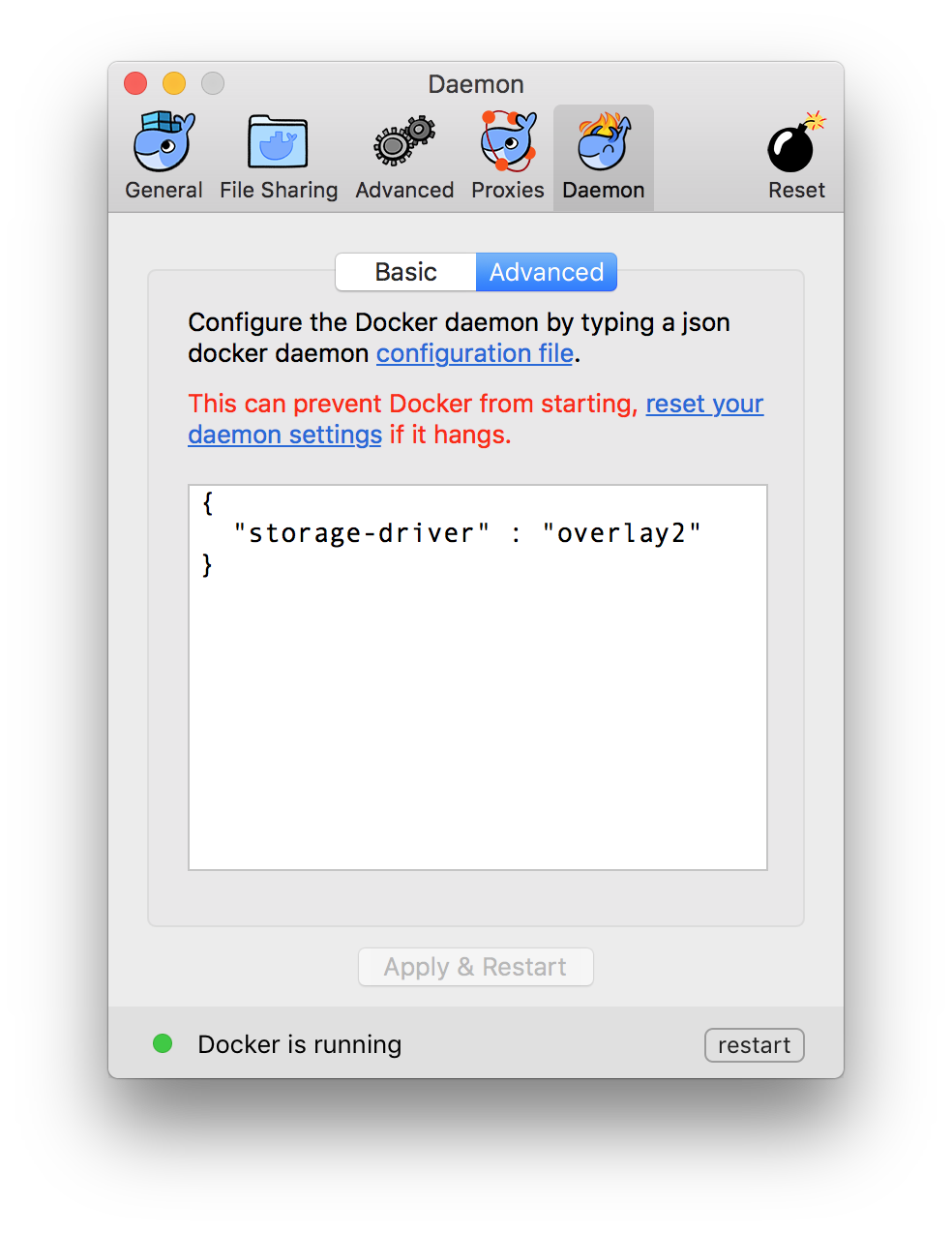 This has changed over time and the preceding answers are no longer correct. 2022-03-12 https://docs.docker.com/storage/storagedriver/select-storage-driver/ "Modifying the storage-driver is not supported on Docker Desktop for Mac"

9
Make Docker for mac listen on a tcp port
10
Mount point not found
4
Change docker storage driver on Mac OS X
0
Hypercorn with "--reload" and Docker volumes
0
How to add jenkins user to docker startup options on a Mac?