You can replace the compiler shipped with Visual Studio for a C# 7-enabled version by installing the Nuget package Microsoft.Net.Compilers:

Referencing this package will cause the project to be built using the specific version of the C# and Visual Basic compilers contained in the package, as opposed to any system installed version.

There is no indication that I can see on the package page as to whether this is officially supported in Visual Studio 2015. My not-thorough tests so far indicate that it works but not painlessly - C# 7 code compiles, but is underlined with the red squiggly line which indicates a syntax error: 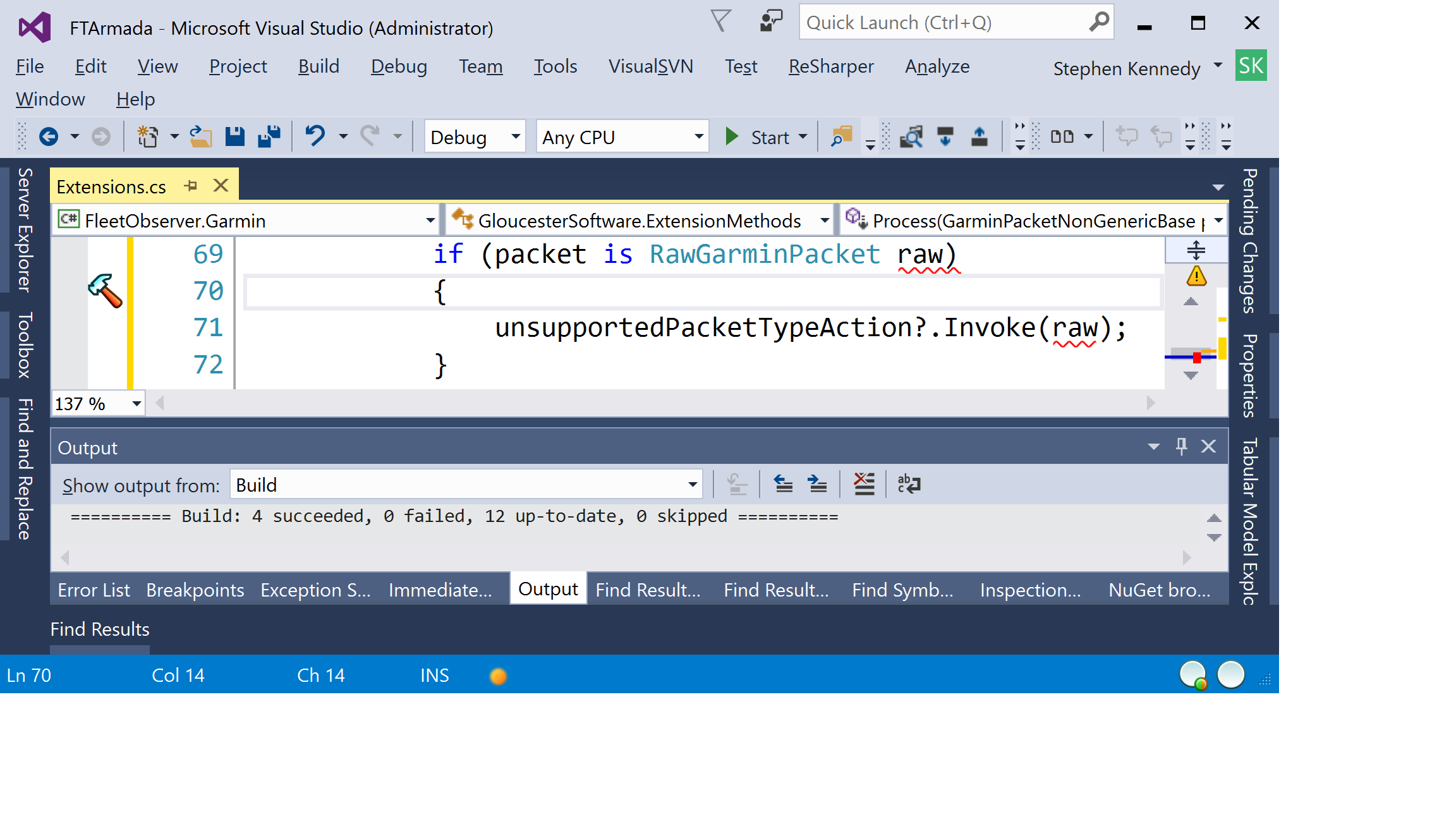 Note that you will also need to install the Nuget package System.ValueTuple to use the new C# 7 value tuples features.

In my case, installing just Microsoft.Net.Compilers didn't work. Instead, I had to do the following:

But still note that C# codes which are not known by Visual Studio 2015 default compiler will still have red squiggles underneath.

Not the answer you're looking for? Browse other questions tagged c# visual-studio visual-studio-2015 c#-7.0 or ask your own question.

6427
What is the difference between String and string in C#?
3128
How to cast int to enum?
3715
How to enumerate an enum
1862
How do I create an Excel (.XLS and .XLSX) file in C# without installing Microsoft Office?
2498
What are the correct version numbers for C#?
806
How do I add an existing directory tree to a project in Visual Studio?
2174
How do I get a consistent byte representation of strings in C# without manually specifying an encoding?
1122
Difference between Build Solution, Rebuild Solution, and Clean Solution in Visual Studio?
1064
Error message “No exports were found that match the constraint contract name”