I have a two-by-two plot that I am creating dynamically. In the first row I want to plot density functions, in the second row CDFs. I want

However, sharex and sharey force them to be the same for all of the subplots. How can I fix this sort of axes sharing? I understand that I could be manually giving each axes a share partner, but that wouldn't work with the generic structure that follows: 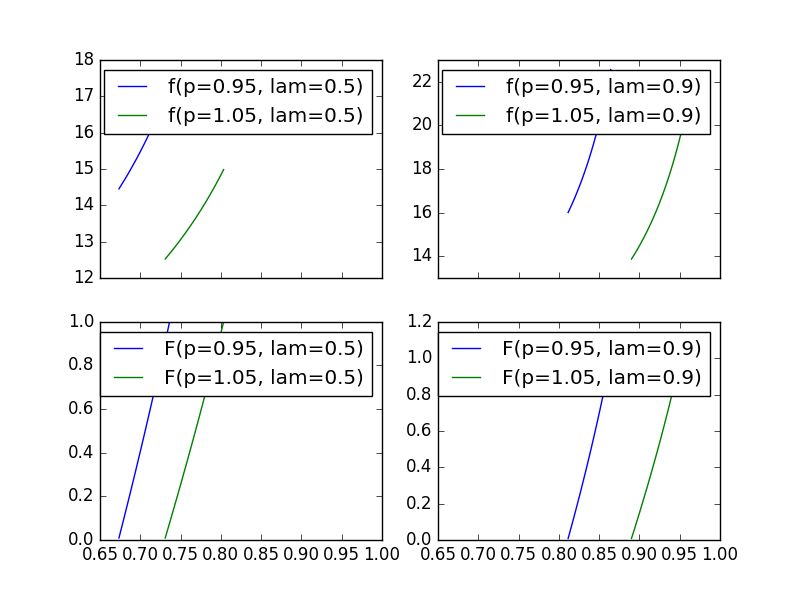 The pyplot.subplots documentation describes the 'col' and 'row' options for the sharex and sharey kwargs. In particular, I think you want:

What about something like this, where all axes are built individually: 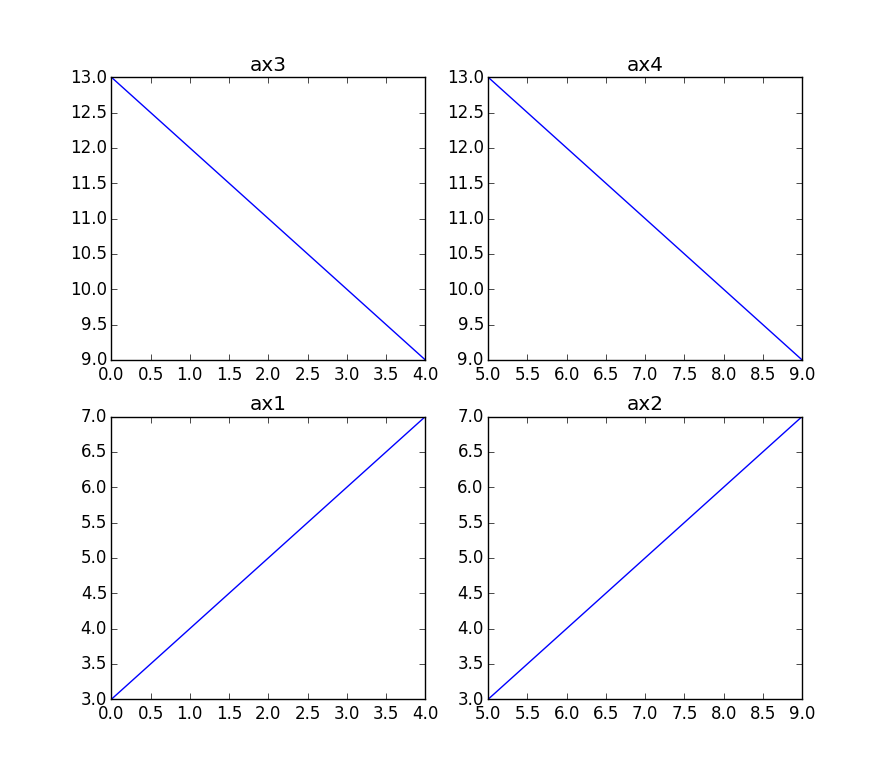 1161
How to put the legend out of the plot
213
pyplot axes labels for subplots
38
How to share secondary y-axis between subplots in matplotlib
262
Matplotlib 2 Subplots, 1 Colorbar
5
plt.subplot axis sharing not working
1
How to use sharex and sharey combined with aspect=equal and adjustable='box-forced' to create subplots with the same scale in matplotlib?
1
(How) can I apply the seaborn despine function to individual subplots?
1
Overplotting contours over subplots in matplotlib