I have been trying to create a 2D "fake planet" kind of effect using shaders, but the result I have, while it works, is not great.

The code above is the vertex function that I am using to produce this effect, but since it only offsets the vertices on the Y based on the player's X, it produces a distortion near the edge of the screen. It just looks off, since all vertical lines stay completely vertical. 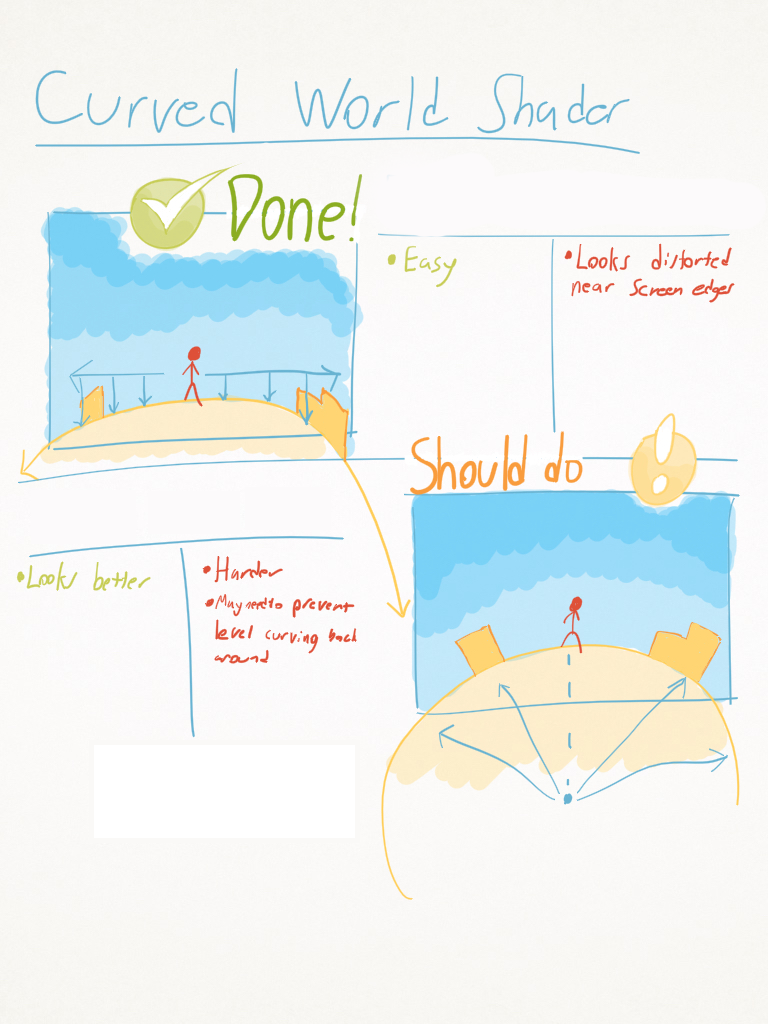 But I'm not sure how I would go about this.

EDIT: I have been trying for hours to figure this out, and I thought I had figured it out: 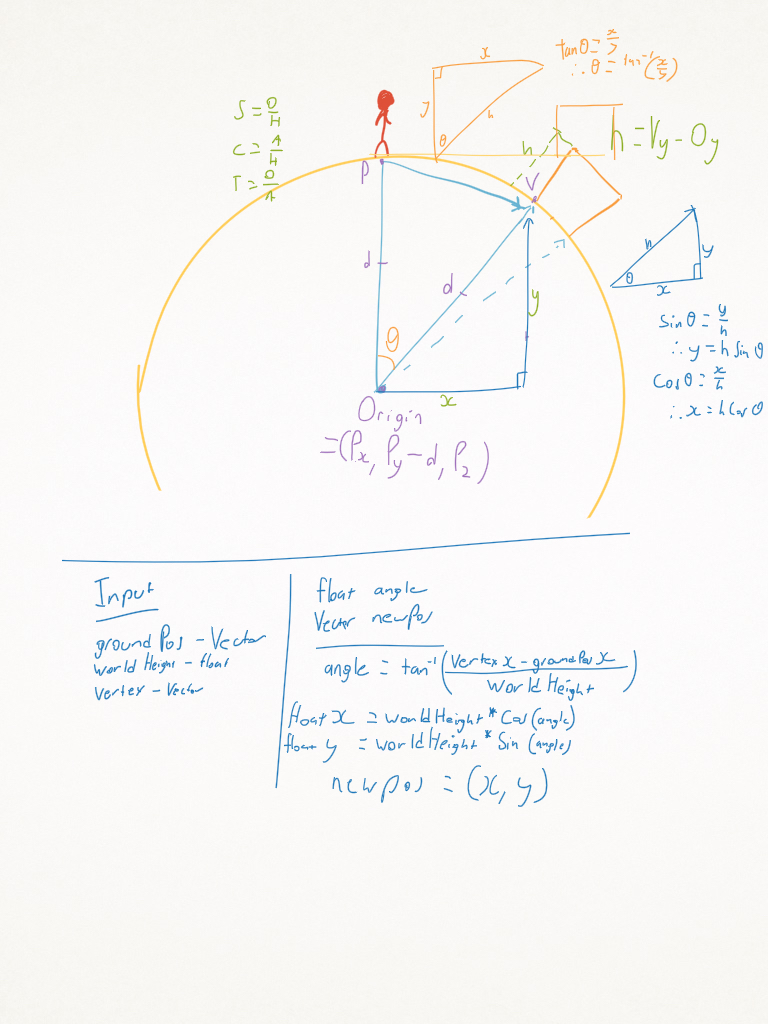 But no, this did not work. The level just seemed to curve and dip in random places.

also you can add offset:

EDIT: I should mention - you can't make a sphere from plane. To make believable "planet" with this method, you need to make chunks and load them while player will be close. Even then it will be just illusion. Greater angle will looks bad too.

Not the answer you're looking for? Browse other questions tagged unity3d 2d shader vertex-shader or ask your own question.

12
GLKit's GLKBaseEffect and custom shaders
21
Drawing a border on a 2d polygon with a fragment shader
0
Shader not showing up properly
2
VR distortion correction methods
0
How do I tell OpenGL to update a shader uniform immediately?
0
Why does my Vertex Animation shader produce different results in Scene and Game view?
1
Wider and smoother lines in Metal shader
1
Unity Shader Bug
0
Creating texture in Vertex shader and passing to Fragment to achieve smudging brush with Metal?
7
Unity Shader - How to efficiently recolor specific coordinates?