does anybody know we can translate from real image captured using cameras be converted to the cartoon space ?

Please note that my goal is not to create animations or the likes, but just to translate to "cartoon colors" if possible.

will simple requantization to a space where there is less quantization levels work Or some other specific transforms are better ?

any help will be useful, as I wasn't able to find any material on this.

Here is a result i got: 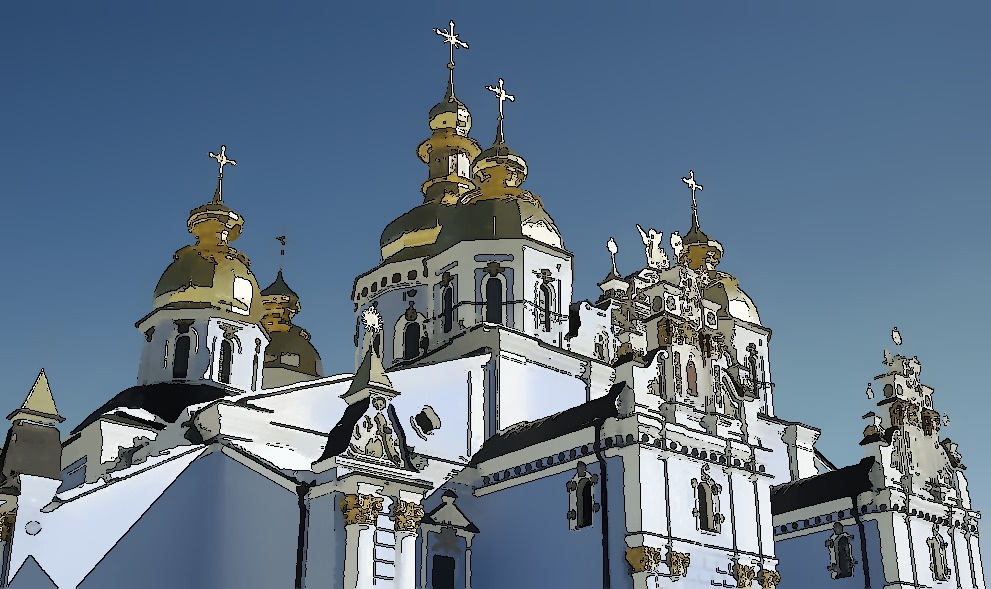 What you're trying to do is most commonly done from 3D models and is called cel-shading, or "toon-shading". Basically, you try to force uniform colors and force abrupt transitions at certain angles with respect to the light source.

Obviously, this does not translate well to 2D input images. What you can do, is to requantize but making sure you uniformly fill regions and break where the image gradient is high.

Non-linear diffusion is a denoising technique that forces regions to become uniform to remove noise. If you let it loop for too many iterations, you get a cartoon-looking image.

I've implemented that maybe 2-3 years ago and it worked suprisingly well considering it was not so hard to implement. However, you're going to want a GPGPU implementation because it is slow!

You could also take a look at mean shift segmentation. An implementation is available here: EDISON

Complete shot in the dark:

Absolutely untested. Probably speaking out of my hat... But should be pretty low CPU use if it would work. This strikes me as the sort of thing to fire up with sliders for the values needed in steps 2-4 and just fiddle with it.

EDIT: A friend pointed out that you might also want lines around objects. My first thought for that would be to use cvCanny to pick out edges (requires a grayscale image... I'm not sure if it would be better to do this before or after the HSV cartooning. Probably before). Those will be a single pixel wide, which may not be enough, so you may want to dilate them a bit to widen them up. They'll be white on a black background, so you can then subtract them from your cartoon colored image, which will pull the pixels where the lines are down to 0 (saturation arithmetic to the rescue) but leave the other pixels alone.

Your term "cartoon space" made me think that perhaps you should start from that idea:

It's relatively easy to do. Here are the steps:

I put some free software (for win64) that does exactly this at http://3dstereophoto.blogspot.com/p/painting-software.html. It's called "The Cartoonist".

If you want to see "The Cartoonist", have a look at http://3dstereophoto.blogspot.com/2018/07/non-photorealistic-rendering-software_9.html. It shows all the steps with an example.

To be clear, those are links to my blog which primarily deals with 3d photography (depth maps, photogrammetry, etc). I love painting though and I also do research in image-based non photorealistic rendering (npr).

Not the answer you're looking for? Browse other questions tagged image matlab image-processing opencv computer-vision or ask your own question.

415
Storing Images in DB - Yea or Nay?
161
Algorithm to compare two images
2023
How to lazy load images in ListView in Android
209
Simple and fast method to compare images for similarity
74
Combining Two Images with OpenCV
866
How to display Base64 images in HTML
1770
Image Processing: Algorithm Improvement for 'Coca-Cola Can' Recognition
15
Detect black dots from color background
0
Measuring objects in a photo taken by calibrated cameras, knowing the size of a reference object in the photo
2
Real Time video Processing Design issue