How to resolve : unexpected error occured Initializing Android Designer" in VS 2015 with Xamarin

Bringing up a new PC with Xamarin and VS 2015 Pro I received the following error:

I verified the SDK's are installed correctly. VS didn't generate any kind of Activity Log so I believe the log must lie elsewhere. Anyone know where I can find this log to find out more about what is wrong ?

I had exactly the same problem described (on a new PC, with a new Visual Studio install) and am 99.9% sure the answer is in how updates are applied. Or, more importantly, how they aren't being applied when you think they are.

Sorry so verbose. I lost hours on this problem and thought others might appreciate another working solution. 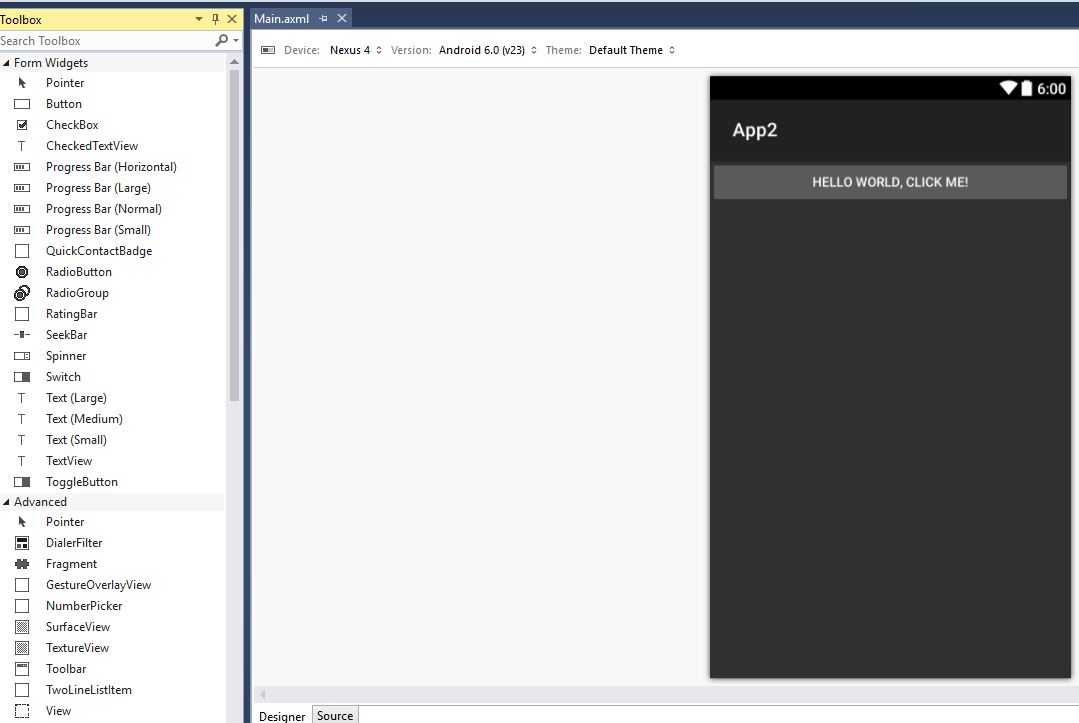 I had a similar problem as explained below. Here a solution that worked for me:

1) delete the one package appearing in the screen shot below. Nota bene: At this stage VS 2015 greyed out the Android SDK manager buttons, even after a restart.

3) launch the Android SDK Manager outside of VS and install the proposed 19 packages. This time I could go through the installation.

4) Launch VS 2015 and create Xamarin Android project. Launching Main.axml would launch the designer properly on an android project.

The bug I had

I had the same problem here on a fresh install of Win10 + Full visual studio community 2015 update 3 + .Net Core + Azure SDK and Xamarin. Creating a new project Xamarin Native (iOs + Androird) shows up the same message as mentioned by MikeJ. In addition, running in debug F5 makes the designer have a new popup 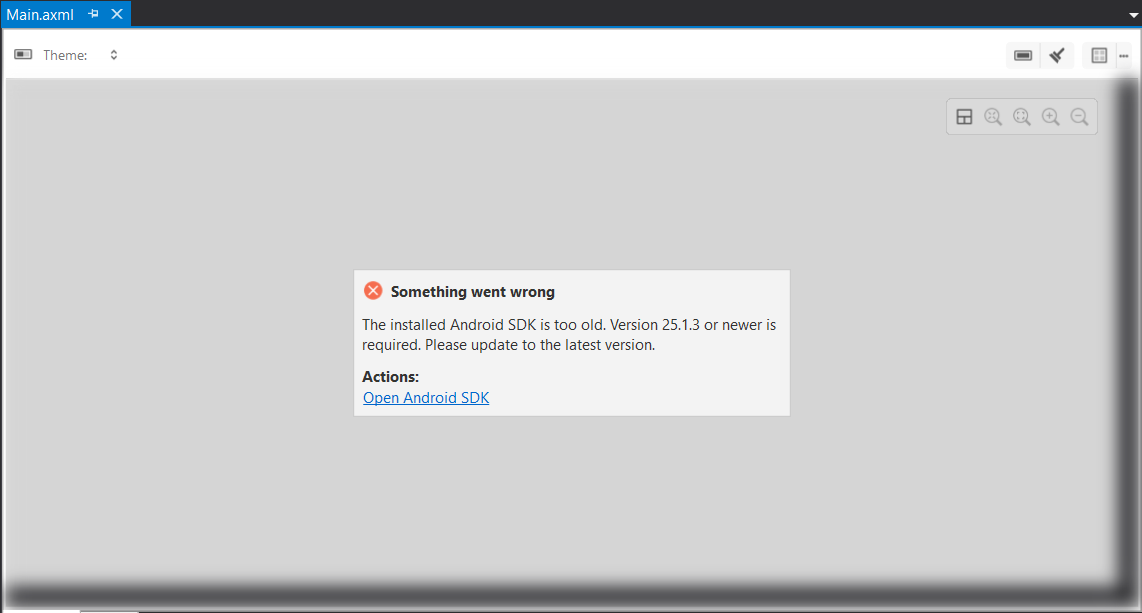 Opening the Android Manager does not show up version 25 as an option, instead it shows this 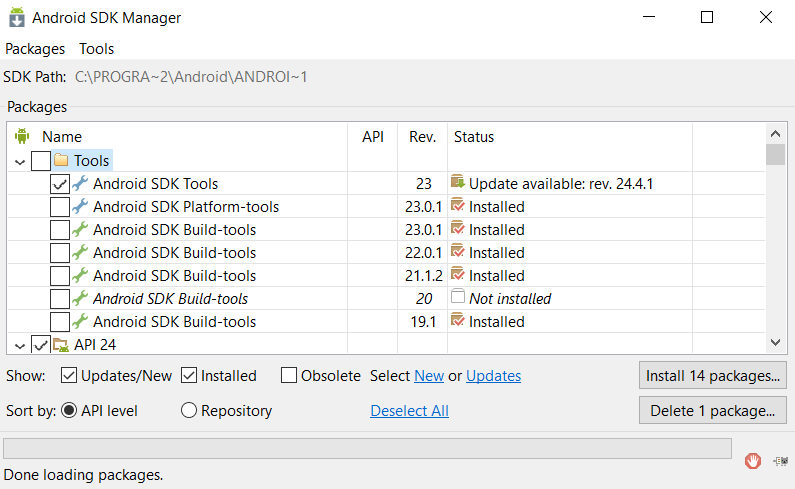 However, we cannot install (greyed out button even by accepting license)

Some guidance would be great to understand what happened.

I had the same problem (when bringing up a new PC with Xamarin) and after a few days I solved the problem.

I moved sdk directory from "C:\Program Files (x86)\Android\android-sdk" to "C:\android-sdk". Then I opened the sdk manager and made updates. It's all.

I think the problem is with the path, which has space :)

I was able to to fix the issue by opening the Android SDK Manager and updating all the tools to the latest version.

If you are already using Android Studio in your computer then this might solve your problem. Check whether SDK is already available at some other location. That worked for me. To check SDK path- Open Android Studio-> Click on SDK Manager Icon. Check Android SDK Location. Copy that path.

In Visual Studio-- Open Tools->Options->Xamarin->Android Settings menu and replace the new SDK path. It will automatically ask to download the updates. Install all packages and you are done!

before you go through all that trouble (and I went through many convoluted steps myself for several hours) please try run your VisualStudio as administrator and see what happens!

It solved the above issue (and then some) for me. I used fresh WIN 10 and VS2015 Community install and I must have set some of my permissions to tight.

But that is another issue all together.

Adding these two references to Droid.csproj and packages.config fixed the problem for me:

Another issue to be aware of is that you need to have Java Development Kit 8 referenced in Xamarin, instead of JDK 7. You can set this is Tools > Options > Xamarin > Android.

Not the answer you're looking for? Browse other questions tagged android visual-studio xamarin android-designer or ask your own question.