I am very new to Bitbucket pipelines (Beta) and docker.No previous experience on CI integration

I followed this question , But no clear description for beginners

I want to use my previous android project with this container 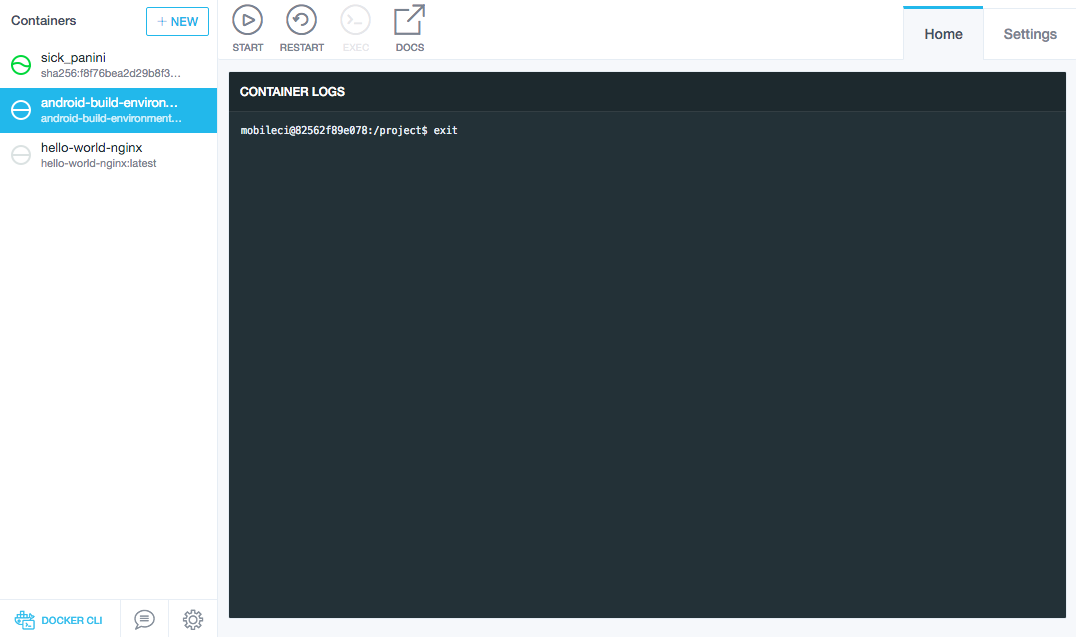 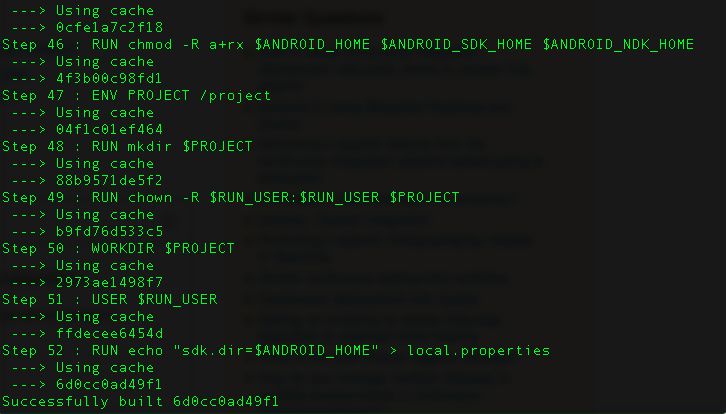 Step 6. Problem is in this step while running this command

/bin/bash: /project/ci/build.sh: No such file or directory 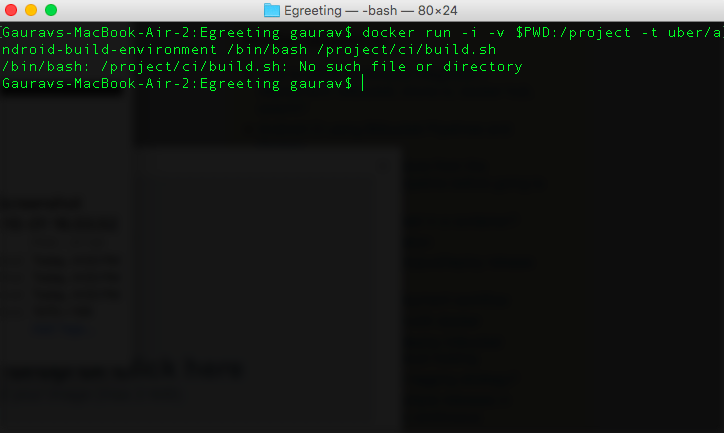 If I understand your question correctly: you technically don't even need to install Docker on your local machine in order to use it in your Bitbucket Pipelines (although it can be quite helpful for debugging).

Bitbucket Pipelines can be configured to use a Docker from Docker Hub, and the one you mentioned (uber/android-build-environment) worked well for me.

Simply add a bitbucket-pipelines.yml to the root of your project, for example:

I like to organize my build process in it's own ash script file (build.sh) but that is optional (you could instead put multiple bulleted commands in the yaml file under the script directive). Examples of (and more details about) the bitbucket-pipelines.yml file can be found on the Language guides for Bitbucket Pipelines page.

My build.sh script (also in the root of the project, but could be placed in a subdirectory as long as you refer to it as such in your bitbucket-pipelines.yml, e.g. scripts/build.sh):

The licenses portion allows the Android Gradle process to automatically download Android dependencies for you, as mentioned in this answer.

For good measure, set the permissions on the build script accordingly:

The process you were describing of setting up the Docker on your local machine can be really helpful if your Bitbucket Pipelines build fails and you want to have the same environment running on your local machine so you can experiment with it and test changes to the build.sh script before actually committing and pushing to your repo.

Which will start up the Docker (on your local machine) and put you in an interactive shell, so that you can browse around and gain a better understanding of the Docker environment.

Also note that the Bitbucket Pipelines clones your repo in the Docker as part of the build process (which as far as I could tell) you had not done on the Docker running on your local machine, which may have led to some of your confusion about your build.sh script not being present.

More details can be found at Mount a host directory as a data volume.

As @ming-c pointed out in their answer, there are many other Docker images available on Docker Hub; it is certainly worth browsing around to see if you can find an image best suited to your needs.

uber's image is built for their CI environment, I created a typical docker image only include Android build env. It included the latest SDK and NDK. You can just use following example as your bitbucket-pipelines.yml

You can also used in GitHub Actions by specific container:

It include following components:

You can also use this docker image to build your Android project with a single docker run command:

You can use this guide:

It is quite exhaustive, it shows how to:

and then check the results of ls -a /project when you get logged into the container.

Not the answer you're looking for? Browse other questions tagged android continuous-integration continuous-deployment bitbucket-pipelines or ask your own question.

542
Automatically accept all SDK licences
490
How to create file execute mode permissions in Git on Windows?
24
Android CI using Bitbucket Pipelines and Docker
2
Is it possible to run app tests on Android emulator inside Bitbucket pipelines?
1
Android - What is continuous integration for mobile and what is the best way to do it in Android?