I'm in the process of building a program that has several external libraries and extensions outside of the main program files. My projects total size is 134.2 MB. I would like to make a portable version of it with Turbo Studio, but I face one glaring problem; After capturing the files and building the project I'm left with a 138.9MB executable. The program does run, but I don't want it to be so bloated.

I would like to bundle the bulk of the data as a separate .dat payload (or equivalent) but I can't seem to find any means of doing this with Turbo Studio. VMware ThinApp and Cameyo both do this automatically after the project exceeds a certain size, but it would appear that Turbo Studio doesn't.

Any help with is greatly appreciated.

There was a hack I had discovered some time ago that did exactly what you were asking. It appears that the site that described it is not online anymore so read on. 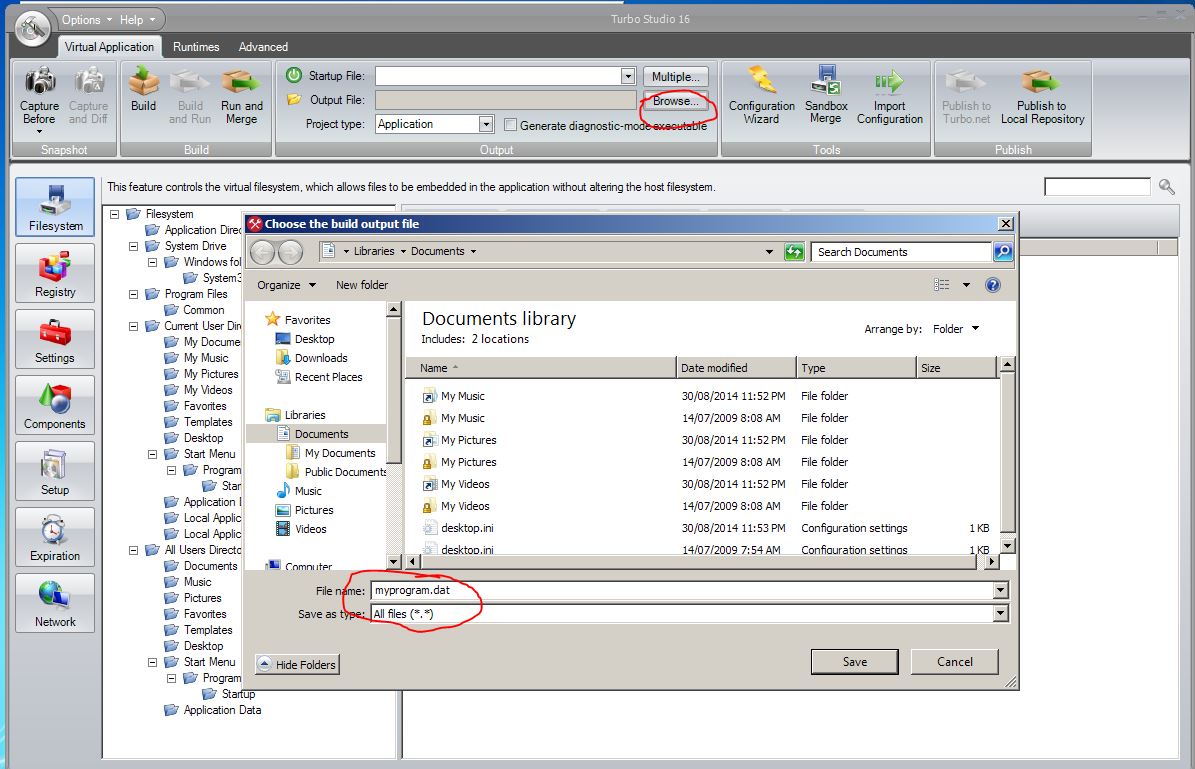 I use TurboStudio often and I have found this way to be the most quick and reliable in allowing me to generate small executables and storing the virtual filesystem and registry in a .dat file. In addition, it has the advantage that it can get you multiple entry points and not only one, just like Thinapp does.

Not the answer you're looking for? Browse other questions tagged windows virtualization or ask your own question.

127
Virtualizing an ItemsControl?
22
Use FFmpeg in Visual Studio
3851
How is Docker different from a virtual machine?
0
Change dll References in Visual Studio
2
$(shell some-command) equivalent for Visual Studio project macros?
1
Is there any way to set the ANDROID_NDK_HOME environment variable from within Visual Studio in the project/solution properties?
1
Microsoft/CppRestSDK Casablanca, Visual Studio 2017
1
How to configure CMakeLists to use Windows command line compiler instead of Visual Studio