Can someone explain what these two properties do exactly?

If you have a ScrollViewer with both horizontal and vertical scrolling enabled, then sometimes you want to define the touch scrolling behaviour such that motions which are "almost" in the horizontal or vertical direction are locked to the dominant axis. This is the standard behaviour when scrolling webpages on a mobile phone -- scrolling up and down the page will only scroll the page vertically and not horizontally (unless your touch motion is not "vertical enough", in which case the ScrollViewer will then pan the page instead of scrolling in only one direction).

Try it out in Edge on mobile. Zoom into a webpage and then scroll vertically, and keep scrolling without lifting your finger off the screen. See how you are only able to scroll vertically even if you move your finger horizontally (all within the same touch motion)? That's scroll rail in action. 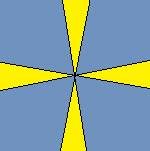 Not the answer you're looking for? Browse other questions tagged xaml uwp or ask your own question.

13
Make Button enabled/disabled depending on the TextBox Text property in WPF?
0
Prevent Page Expanding Frame in Windows 8 XAML App within ScrollView
4
Implementing scrollable table on Windows Phone
0
ScrollViewer Issue with StackPanel in Windows Phone 8
2
How to get manipulation events to work on an element that contains a ScrollViewer child
0
UWP change ScrollViewers based on screensize
0
WPF: ScrollViewer total content height
0
HorizontalSnapPointsType in UWP ScrollViewer UserControl not set
0
ScrollViewer is not working properly with the combination of several GridViews within a ListView in an UWP App
1
UWP Splitview not responsive whenever there is a horizontal scroll