iOS 10.1 Simulator shows “Application May Slow Down Your iPhone”

When running an app for the first time from Xamarin Studio on an iOS 10.1 Simulator, I got the following message:

app name May Slow Down Your iPhone

The developer of this app needs to update it to improve its compatibility. 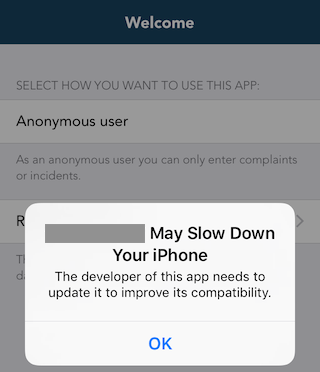 The app runs normally, and the message does not appear when I run it for the second time. How can I get rid of this message? 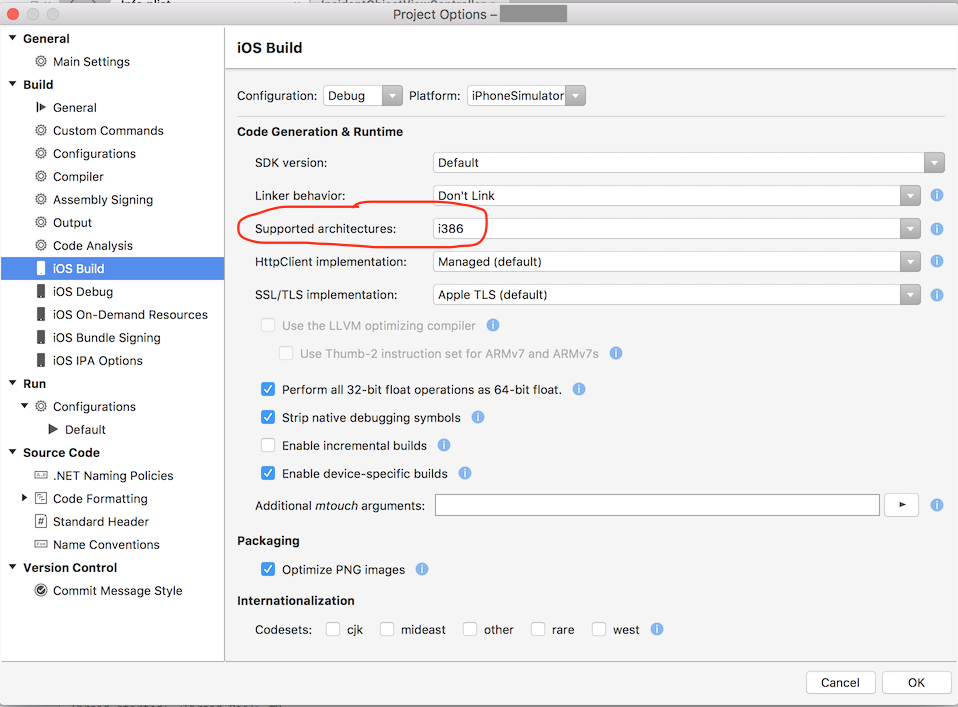 [Xamarin Studio] – 45861 – “May Slow Down Your iPhone … The developer of this app needs to update it to improve its compatibility.” because of default “i386” supported architecture setting in the iPhoneSimulator configuration on new projects

Fix: Change Project options > iOS Build > Supported architectures to x86_64 (instead of the default i386) for the iPhoneSimulator configuration.

Why This Warning Appears

Apple added this warning in iOS 10.1. This article succinctly defines the warning:

"In a bid to push developers to update their apps to 64-bit frameworks, Apple has introduced a new warning message with iOS 10.1. The message reads: “[App Name] may slow down your iPhone”, with a slug, “The developer of this app needs to update it to improve its compatibility.” This message only appears if you're running a 32-bit app.

This won’t affect a vast majority of iOS users as Apple stopped accepting updates to 32-bit apps in June 2015."

Update: Before Cycle 8 Service Release 2, the default Build Architecture for the iOS Simulator Build Configuration did not include the 64-bit architecture.

How To Resolve/Prevent This Warning

For Xamarin apps that were created before C8SR2, you can prevent this error message by manually changing the iOS Build Architecture. 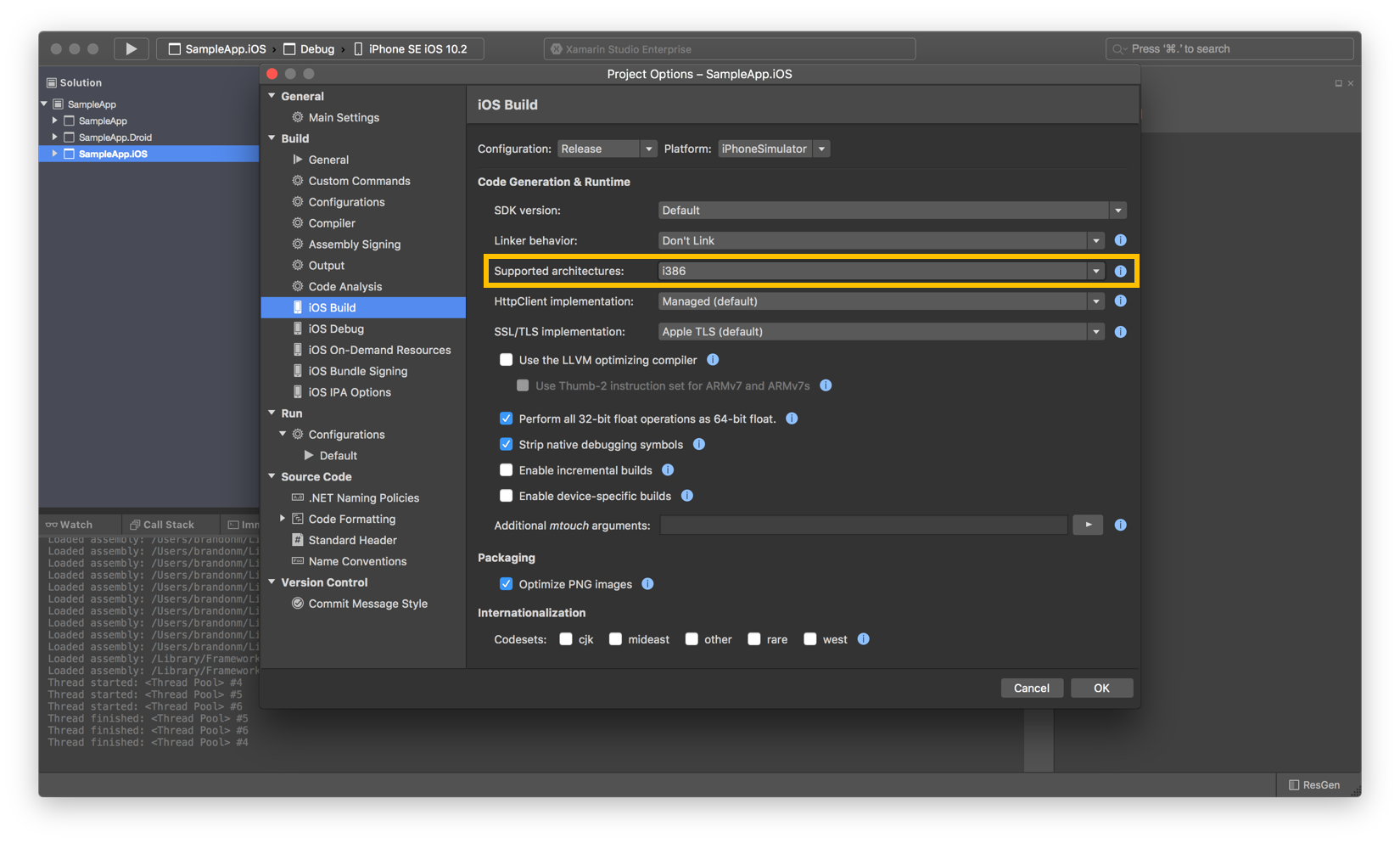 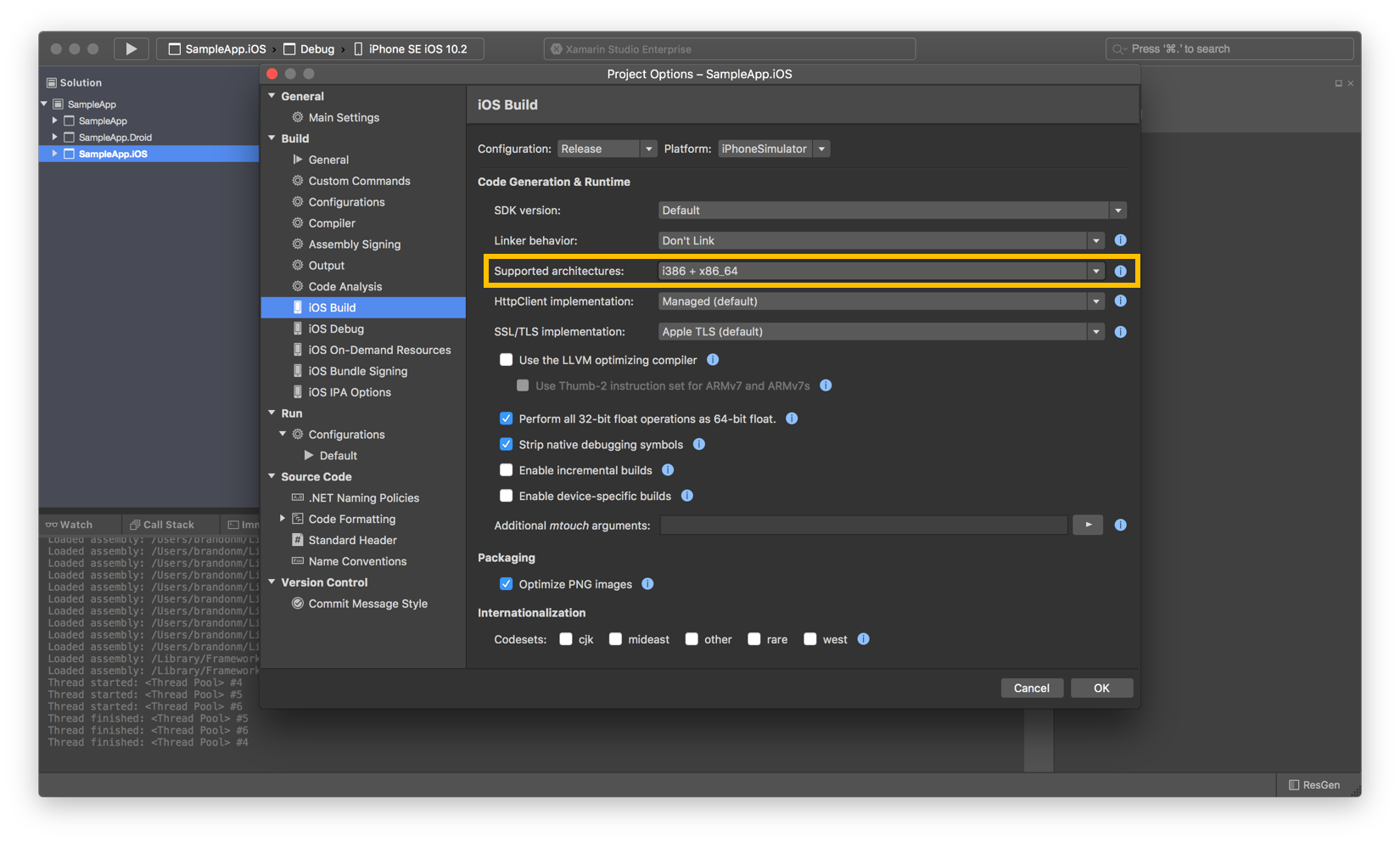 You need to build your app for the x86_64 architecture, whether you're using Xcode or Xamarin. In particular when building from the command line with xcodebuild, set ONLY_ACTIVE_ARCH=NO and be sure not to constrain the target architectures with -arch i386 because you need to allow the compiler to build for x86_64 too.

To verify that your app is built for x86_64, unzip your IPA file and find the binary. <filename> and <app> are the names of your IPA and app respectively:

Not the answer you're looking for? Browse other questions tagged ios xamarin xamarin.ios ios-simulator or ask your own question.

779
Can I embed a custom font in an iPhone application?
327
iPhone Simulator suddenly started running very slow
714
Xcode 6: Keyboard does not show up in simulator
776
Xcode process launch failed: Security
59
This iPhone 6 is running iOS 10.1 (14B55c), which may not be supported by this version of Xcode
6
iOS 10.1 warning while launching the application
2
iOS 10.1.1 popup saying “Application May Slow Down Your iPhone”
0
titanium iOS application sometimes show alert “App May Slow Down Your iPhone..”