Will intellij idea “mvn install” automatically when make the project?

Intellij IDEA will not automatically do a make install when you do a Build Project. In order to do that, proceed as follows: 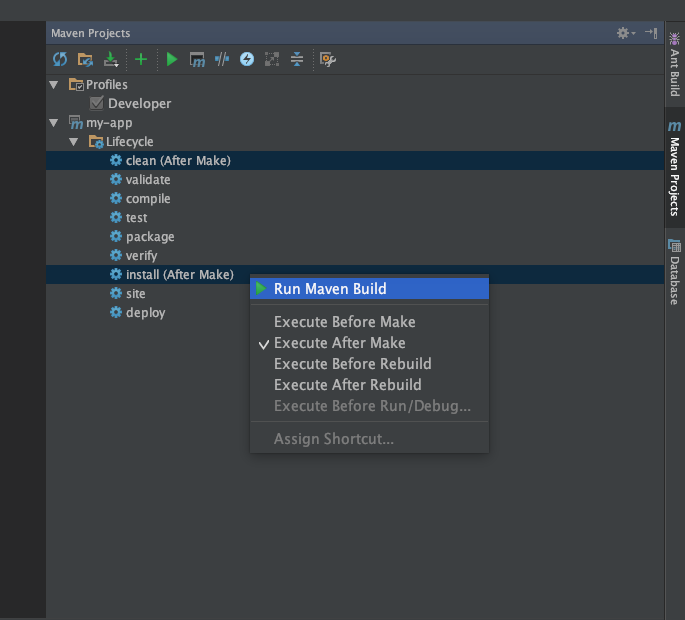 Under Maven Projects tab (usually on the right hand side), select the goals you want Intellij to run after a Build -> Make Project and then right click and select the trigger (for instance in the above snapshot, the trigger was chosen as 'Execute After Make'. You can choose whatever you wish).

After doing this a Build -> Make Project will run a mvn clean install as well.

IntelliJ's build system refers to the Maven ecosystem for some hints, but at the end of the day it is a separate build system.

In IntellIJ, you have a Project, with many Modules. These are both IntelliJ concepts.

Once the libraries are known: IntelliJ will invoke Javac or the Eclipse Compiler (whichever you've configured as your Java compiler) with all those libraries on the classpath. And it will output a jar, not a Maven artefact.

IntelliJ Make will not run a mvn compile or similar (unless you configure it to explicitly, as per @Ashutosh Jindal's answer.

Why would IntelliJ use its own, separate build system, when you've provided an authoritative definition for how you'd like to build your project? I can imagine various reasons: