Does Python's MRO, C3 linearization work depth-first? Empirically it does not

I was reading Python Multiple Inheritance (on Programiz) and then I found this StackOverflow question, Method Resolution Order (MRO) in new-style classes? but in this question some programmers like Alex Martelli said it uses the depth-first approach, and I have a doubt.

So if I build a graph based on the MRO then according to depth-first it should follow this: 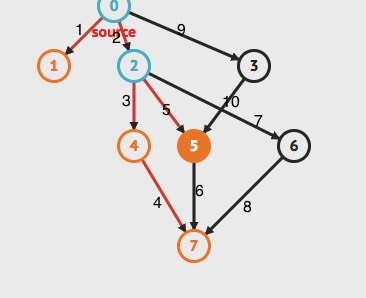 and path should be:

But if you run above code you will get:

Because it is following this path:

Now I have confusion about node "D" or class "D" in depth first it comes when earlier and in MRO it comes later.

and path should be:

F cannot come before D - that would be a contradiction - see class D.

The way the C3 linearization algorithm works, you have to linearize the parents, then, as long as there isn't a contradiction, you can linearize the child. So I linearized these one at a time, starting with the parents. Most are trivial until we get to C and then A:

The 3 Criteria are, as I would paraphrase it:

The algorithm, as I would put it, is that you respect parents left to right, but go depth first unless you would get to a shared parent blocked by a child (e.g. F blocked by it's child, D) in which case you would look for other candidates (D then, not being a contradiction, is fine, then you can select F and the remainder of C's MRO.)

We can work through the linearization by avoiding contradictions. 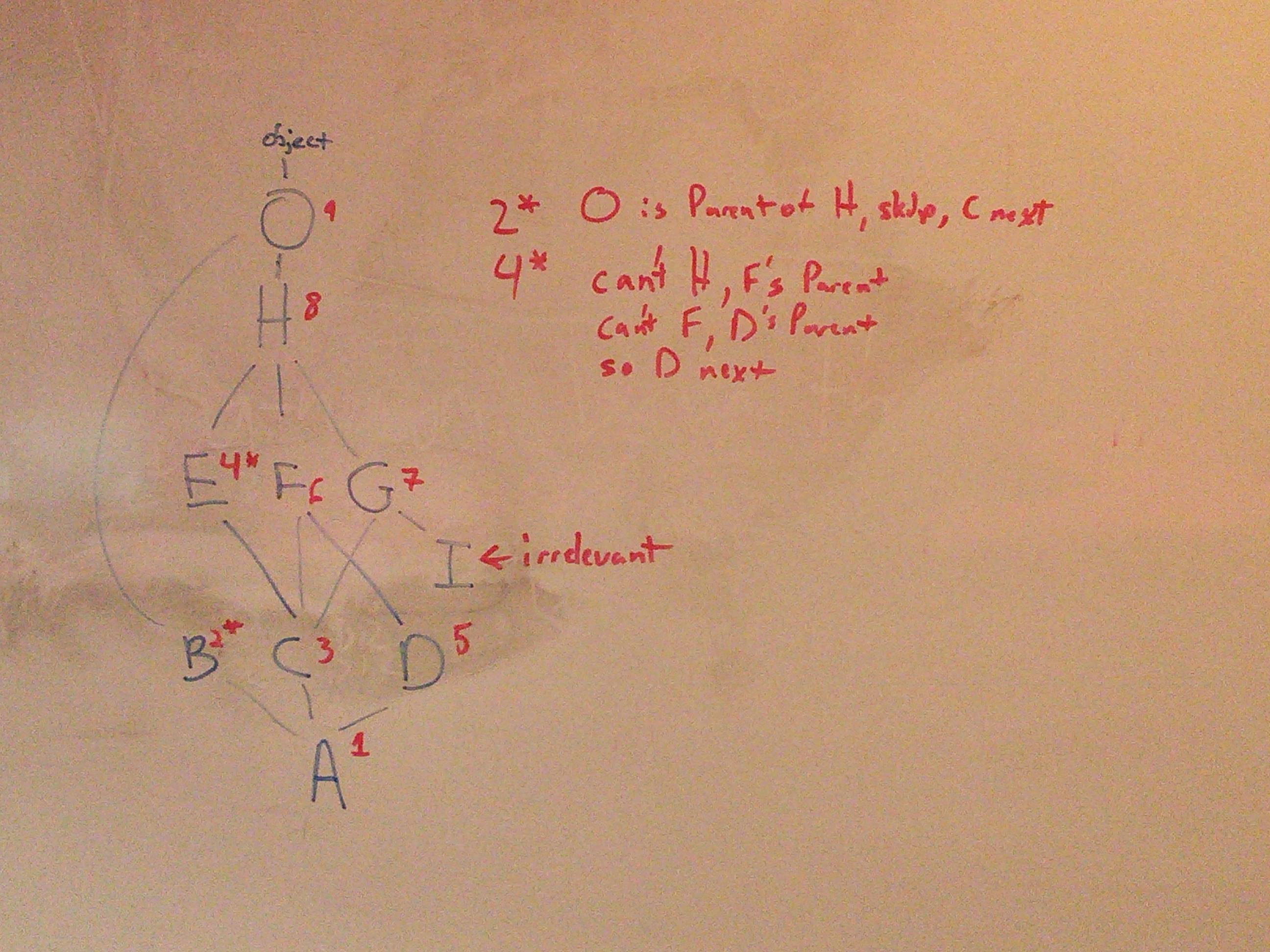 807
Why are Python's 'private' methods not actually private?
175
What does "mro()" do?
1261
How does Python's super() work with multiple inheritance?
781
How does collections.defaultdict work?
668
Does Python's time.time() return the local or UTC timestamp?
1293
How does the @property decorator work in Python?
4
How does Python's super() actually work, in the general case?
2
How to inherit same name variables from multiple parent classes?
2
Does the MRO of this class hierarchy is the same for old-style and new-style?