Is there a way to style Google Chrome default PDF viewer

Is there a way to style google chrome default pdf view? I'm trying to change the gray background color to white also make the scroller little bigger for mobile devices if possible. 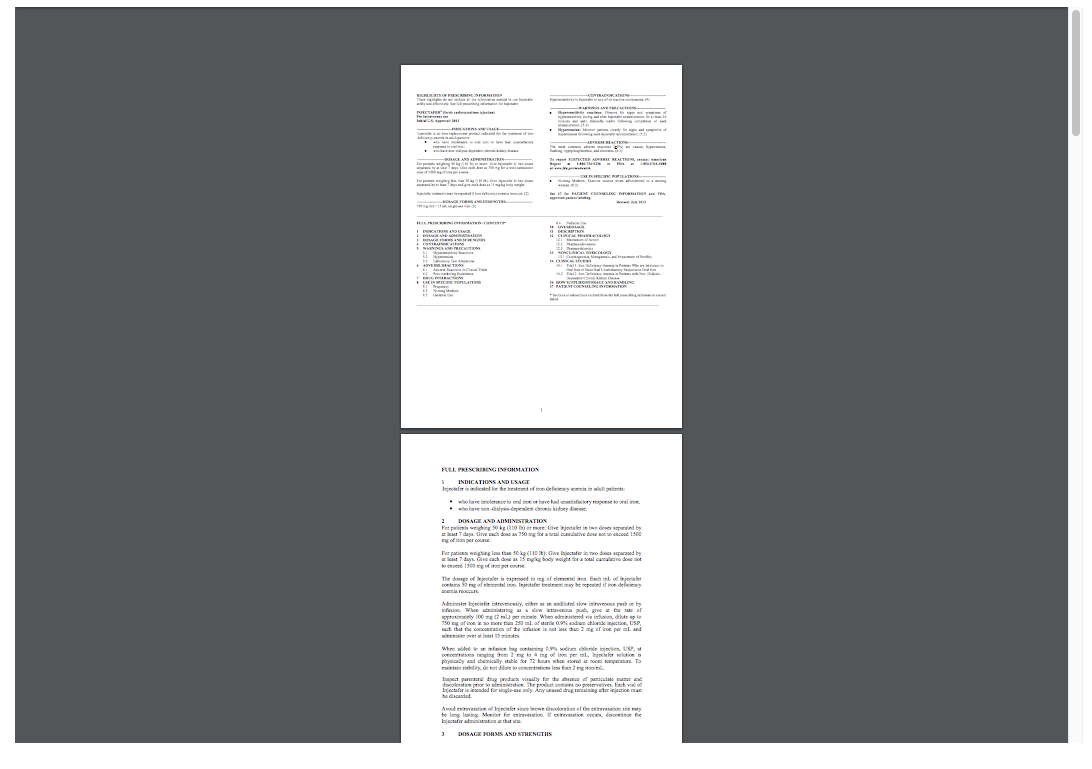 I tried to target it on css with no luck

There is no way to directly style the Chrome default PDF viewer (PDFium). Because the plugin displays and controls content outside the scope of the current page's DOM, it can only be modified by the plugin. As indicated here it is impossible to make modifications to this sort of plugin controlled content unless the plugin also adds a content script that allows the page to pass messages to the plugin; the plugin must additionally be programmed to respond to messages and appropriately update the content. In other words the PDF viewer uses a separate DOM to the page which is not directly accessible. Instead you need to access an implemented API.

In this discussion Mike West (Google/Chromium dev) states, in answer to a question on DOM accessibility in Chrome's PDF viewer:

The functionality available in the PDF viewer is (intentionally) fairly limited ... The APIs you're having trouble finding simply don't exist.

Basic API functions are some of those specified by Adobe in their Parameters for Opening PDF Files and are accessed through the URL (eg http://example.org/doc.pdf#page=3&pagemode=thumbs. They are, as indicated above, quite limited, allowing the user to go directly to a page, set zoom factor, show thumbnails etc. Accessing an expanded API through content script messages can potentially be done if you know the available JavaScript messages. A complete list of available JS message names can be determined from the relevant PDFium source here from which it can be seen that advanced styling of the viewer, such as changing colours, isn't possible. (This question gives an example of how to implement the API). Certainly there is no access to PDFium's DOM.

This API is deliberately left undocumented; it may change with additions or removals at any time. Thus, while it's possible that in the future there will be an API to let you style some aspects of the viewer, it's very unlikely that any would go so far as to change the background colour or modify a CSS shadow. And, as stated above, without an API you can't modify content controlled by a plugin when you don't have access to its DOM.

You may, instead, wish to try PDF.js. It is an open source JavaScript library that renders PDF files using HTML5 Canvas. It is also Firefox's default PDF viewer and is quite capable.

Implementing it as a web app is beyond the scope of this question, but there are many helpful tutorials available. And as you, the developer, will have access to all constituent files, you will certainly be able to style the PDF.js viewer as much as you wish.

Update: Recent versions of Chrome seem to have moved the PDF viewer resources out of resources.pak and into the browser binary itself. It should still be possible to download the Chromium source, edit the files described below, and then recompile, but that's much more painful than simply hacking resources.pak. Thanks, Google.

As a matter of fact, there is a way, but we've got to get our hands dirty, and the process must be repeated every time we update Chrome. Still, to me, the effort is well worth it. I like to change the PDF viewer's background to white, so that when I activate the color-inverting Deluminate extension at night, I get a nice solid black background. It's so much easier on my eyes compared to the default background, which, when inverted, is blindingly bright.

The Chrome source tree contains thousands of HTML, JS, and CSS files that control the behavior and appearance of many parts of the browser, including the PDF viewer. When Chrome is built, these "resources" are bundled together into a single file, resources.pak, which the browser unpacks into memory during startup. What we need to do is unpack resources.pak on disk, edit the files that style the PDF viewer, and then repack the bundle.

The first thing we need is a tool that can unpack resources.pak. The only one that I know of is ChromePAK-V5. It's written in Go, so we need that to build it. We also need to install a build-time dependency called go-bindata. Here's how I went about it:

Now that we've got the binary ChromePAK-V5/ChromePAK-V5, we can use it to unpack resources.pak. In my case, running Chromium on Linux, the file is located at /usr/lib/chromium/resources.pak, but it might be somewhere else for you. Once you've found it, copy it, make a backup, and unpack it:

At this point, the files we need will be located somewhere in the resources directory. Now, in the original Chrome source tree, these files all had sensible paths, such as chrome/browser/resources/pdf/pdf_viewer.js. Unfortunately, these original paths are not recorded in the resources.pak file. ChromePAK-V5 tries to be clever by using a table that maps the SHA1 hashes of resources files to their original paths, but over time, files change, along with their hashes, and ChromePAK-V5 can no longer recognize them. If a file is unrecognized, ChromePAK-V5 will unpack it to, e.g., resources/unknown/12345. And, in general, these numbers change from one Chrome release to the next. So, to find the files that we need to edit, we basically need to grep for "fingerprints" that identify them. Let's get started.

The background color of the PDF viewer is controlled by the file which, in the Chrome source tree, is named chrome/browser/resources/pdf/pdf_viewer.js. To find the file, grep inside resources/unknown for the string PDFViewer.BACKGROUND_COLOR. In my case, the file was unpacked at unknown/10282. Open this file, and change the line (at/near the end of the file) that sets PDFViewer.BACKGROUND_COLOR. I changed it to 0xFFFFFFFF, i.e., white (which becomes black under Deluminate).

Going further, we can also restyle the PDF viewer's toolbar. By default, the toolbar is dark, so it becomes obnoxiously bright under Deluminate. To fix that, we need to find chrome/browser/resources/pdf/elements/viewer-pdf-toolbar.html. I found it at unknown/10307 by grepping for shadow-elevation-2dp. What I did was to go to the #toolbar block and add filter: invert(100%);. Voila, no more blinding toolbar at night.

Finally, if we really want to go all the way, we can get rid of the brief "flash" of the original background color that occurs when loading a PDF. This color is controlled by chrome/browser/resources/pdf/index.css, which I found at unknown/10304 by grepping for viewer-page-indicator {. I changed the background-color property of body to white (i.e. black under Deluminate).

The hard part is now over. The final step is to repack the resources and overwrite the system resources.pak:

Now restart the browser and enjoy!

Just paste this into your browser console.

A codeless approach is to install a tampermonkey plugin.

This is very useful if you are reading a pdf via a browser and just want to change the background color. 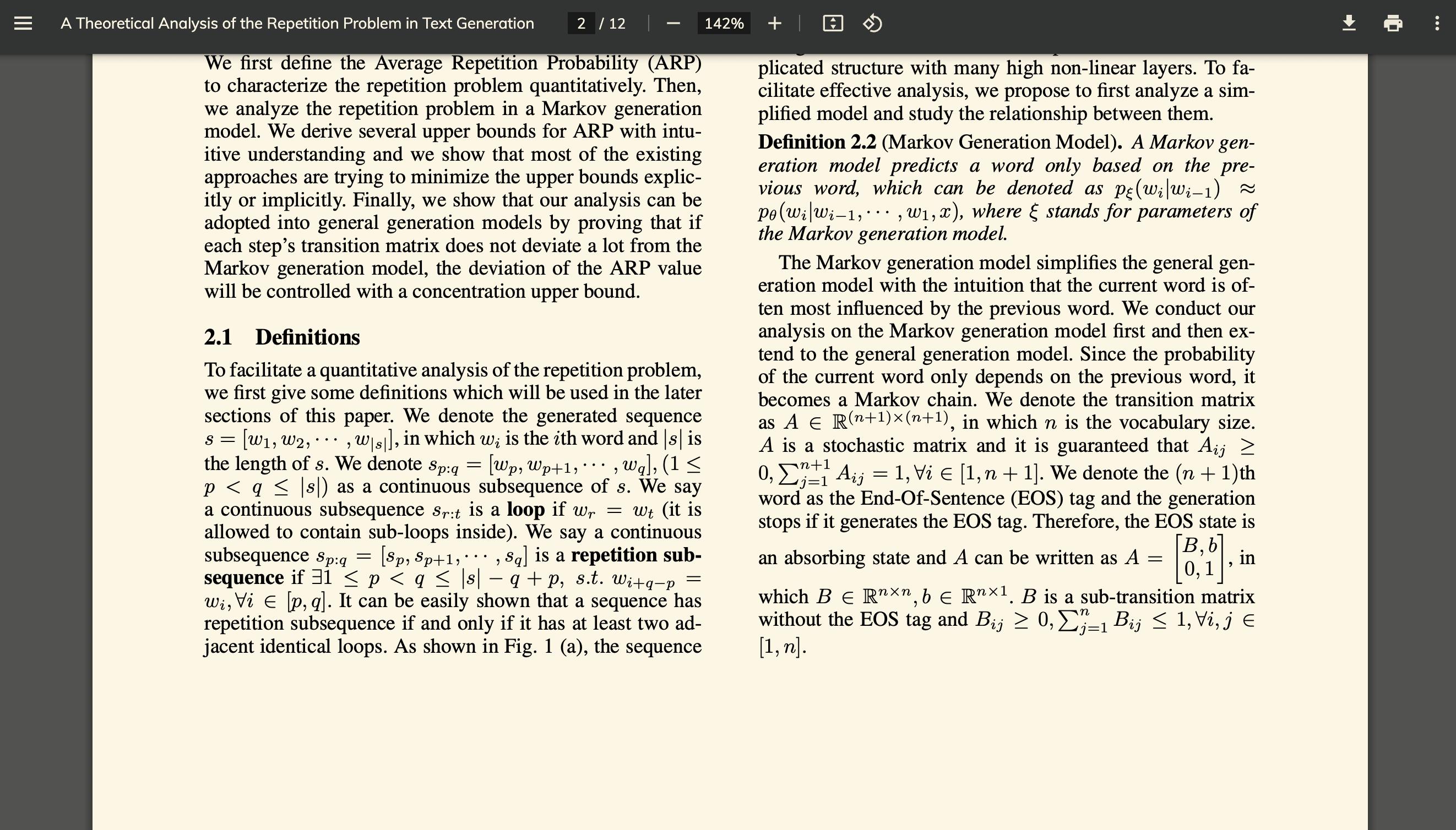 4
does pdfium expose its api to javascript? i want to get the number of current page, but how to do this?
0
Is it possible to override the some of the UI of the default Chromium PDF viewer using CefSharp?

417
Is there a way to get the XPath in Google Chrome?
331
What do the crossed style properties in Google Chrome devtools mean?
0
Mysterious scroll-base-color style added at runtime in IE7
990
Is there any way to change input type="date" format?
4
Dynamically loaded CSS having no effect in a Windows 8 app
0
jquery mobile site a gray bar at the bottom
511
Google Chrome redirecting localhost to https
5
Chrome "Save to PDF" margins background-color?
1
How to use theming for Angular library ngx-extended-pdf-viewer