I have a simple server running in node.js using connect:

In my code I have actual handlers, but thats the basic idea. The problem I keep getting is

I receive this error when running my application again after it previously crashed or errors. Since I am not opening a new instance of terminal I close out the process with ctr + z.

I am fairly certain all I have to do is close out the server or connection. I tried calling server.close() in process.on('exit', ...); with no luck.

You can also go the command line route:

to get the process ids.

Doing the -9 on kill sends a SIGKILL (instead of a SIGTERM). SIGTERM has been ignored by node for me sometimes.

First, you would want to know which process is using port 3000

this will list all PID listening on this port, once you have the PID you can terminate it with the following:

I hit this on my laptop running win8. this worked.

process.on('exit', ..) isn't called if the process crashes or is killed. It is only called when the event loop ends, and since server.close() sort of ends the event loop (it still has to wait for currently running stacks here and there) it makes no sense to put that inside the exit event...

That being said, SIGTERM (default kill signal) lets the app clean up, while SIGKILL (immediate termination) won't let the app do anything.

Check the PID i.e. id of process running on port 3000 with below command :

I found this solution, try it Give permission use sudo

For macOS Monterey(12.0) and above users.

Apple introduced some changes for AirPlay on macOS Monterey. Now, it uses 5000 and 7000 ports. If you are using these ports in your project, you need to disable this feature.

Try pkill nodejs or pkill node if on UNIX-like OS.

This will kill the process running the node server running on any port. Worked for me.

Run ps and determine the PID of your node process.

Use tasklist to display the list of running processes:

Then, kill the node process like so (using the PID obtained from the tasklist command):

Here is a one liner (replace 3000 with a port or a config variable):

For windows open Task Manager and find node.exe processes. Kill all of them with End Task. 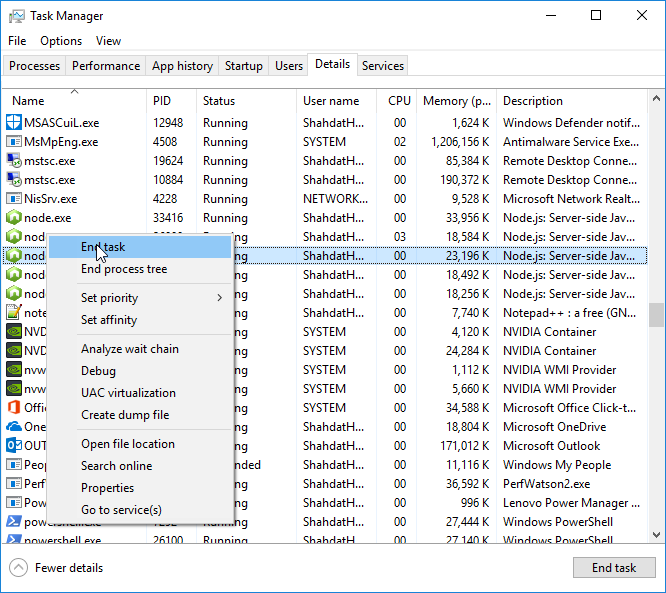 I was getting this error once and took many of the approaches here.

My issues was that I had two app.listen(3000); calls in the same app.js script. The first app.listen() succeeded where the second threw the error.

Another useful command I came across that helped me debug was sudo fuser -k 3000/tcp which will kill any rogue processes you might have started (some processes may restart, e.g. if run with forever.js, but it was useful for me).

You may be running the process in other terminals!

So I located the first terminal and... Voila, I was running the server there. 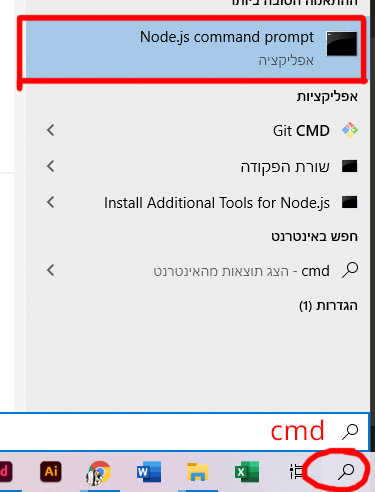 Ends one or more tasks or processes.

/im - Specifies the image name of the process to be terminated.

This command is the same as going to Task Manager under the details tab & select node tasks (Tidy in my opinion). 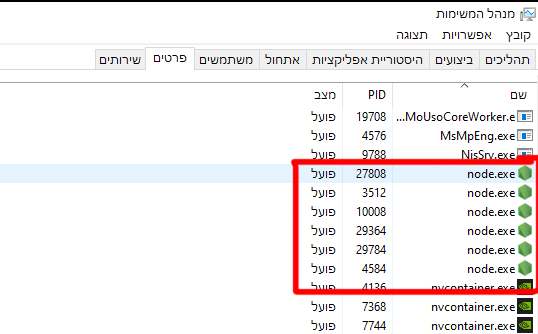 Sometimes there is more than one terminal/task (client/server and so on). Select and close by ctrl + c.

You may run into scenarios where even killing the thread or process won't actually terminate the app (this happens for me on Linux and Windows every once in a while). Sometimes you might already have an instance running that you didn't close.

As a result of those kinds of circumstances, I prefer to add to my package.json:

I can then call them using:

You can get fancier and make those BIN commands with an argument flag if you want. You can also add those as commands to be executed within a try-catch clause.

First find out what is running using:

Then you can kill the process as followed:

Then you will be able to run without getting the listen EADDRINUSE :::3000 errors

UI solution For Windows users: I found that the top answers did not work for me, they seemed to be commands for Mac or Linux users. I found a simple solution that didn't require any commands to remember: open Task Manager (ctrl+shift+esc). Look at background processes running. Find anything Node.js and end the task.

After I did this the issue went away for me. As stated in other answers it's background processes that are still running because an error was previously encountered and the regular exit/clean up functions didn't get called, so one way to kill them is to find the process in Task Manager and kill it there. If you ran the process from a terminal/powerShell you can usually use ctrl+c to kill it.

The above code is for express but just check if you are trying to use the same port twice in your code.

On Windows, I was getting the following error:

got the following processes:

you will get all node processes

With due respect to all the answers in the form, I would like to add a point.

I found that when I terminate a node app on error using Ctrl + Z, the very next time when I try to open it got the same error EADDRINUSE.

When I use Ctrl + C to terminate a node app, the next time I opened it, it did without a hitch.

Changing the port number to something other than the one in error solved the issue.

You may use hot-node to prevent your server from crashing/ run-time-errors. Hot-node automatically restarts the nodejs application for you whenever there is a change in the node program[source] / process[running node program].

Not the answer you're looking for? Browse other questions tagged node.js or ask your own question.

421
Download a file from NodeJS Server using Express
477
How to determine a user's IP address in node
112
Node.js/Express.js App Only Works on Port 3000
559
Proper way to return JSON using node or Express
69
debugging node.js with node-inspector
0
Node.js Express Server on Forwarded Localhost - Not Responding
0
Nodejs Server is Running and localhost didn’t send any data on express project
2
How can I connect my ionic app to cpanel node server?
0
How do I access my node.js server via public IP address?
1
EADDRINUSE, Address already in use on each port I tried (Express Node.js) also after a complete reinstallation from bios