By performance hit, I mean FPS dropping to ~50 for a short amounts of time.

I tested it with Time Profiler in Instruments and verified that this work is indeed being done on a worker thread, like stated in documentation.

The image bellow shows a Time Profiler capture of the spike, caused by preloading atlas. As you can see, most of the spike is caused by 2 worker threads, which all seem to be loading image data, as far as I can understand. However, this should not cause a performance hit on the main thread IMHO. 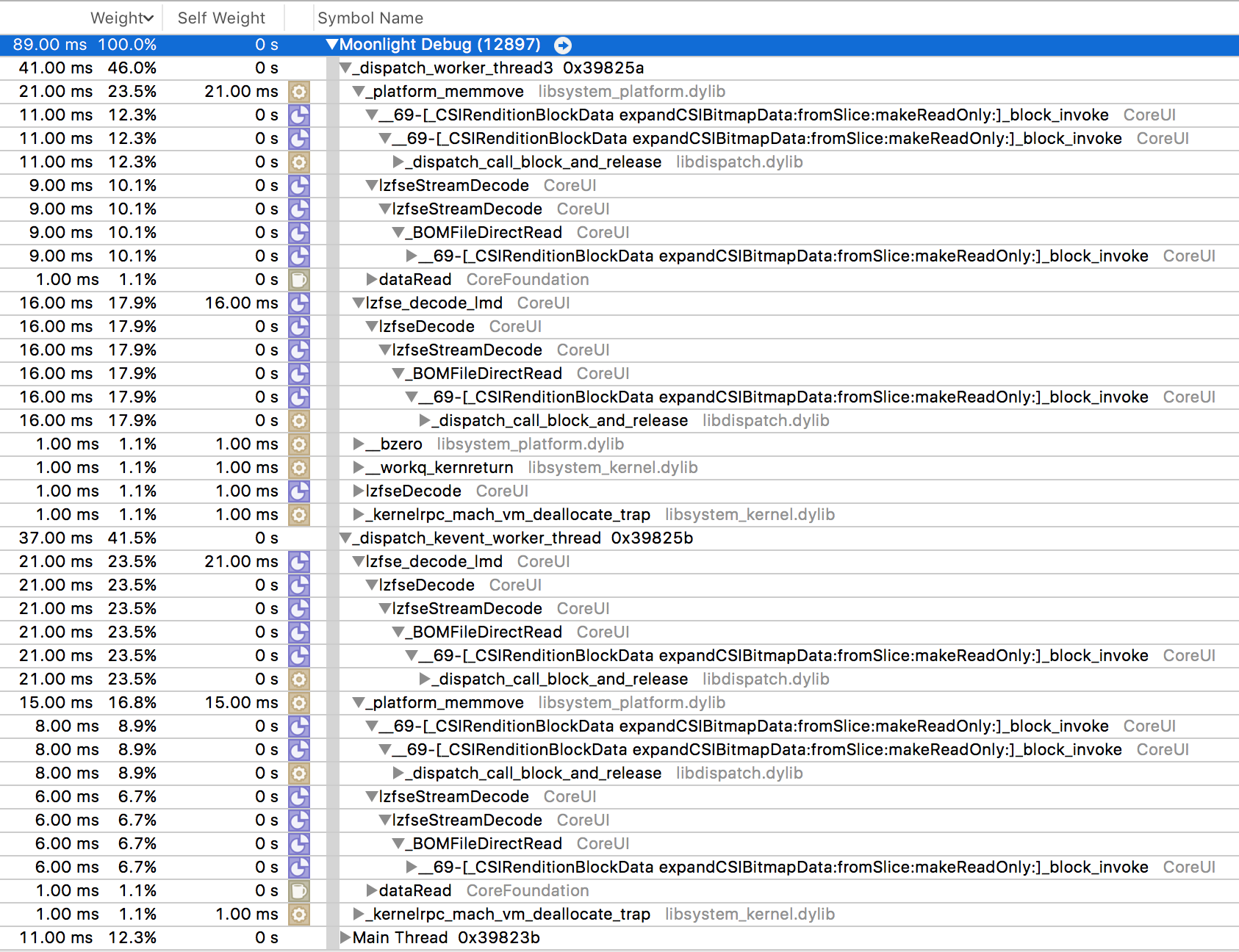 Note 3: There is no other substantial work being done at the same time; CPU is hovering at ~30% all the time. Same goes for GPU.

Note 4: The atlas preload is requested way before any of the textures from that atlas is needed, so it should have more than enough time to preload.

I've created an empty project with nothing but atlas preload block. The performance drop still occurs. I've tried with multiple atlases, even with atlas with only one asset.

I've also tried what @Sez suggested (see bellow), in this empty new project, but in that case the completion block didn't even get called, which seems like another bug in SKTextureAtlas class. (?!)

I tried deleting the .spriteatlas and creating the .atlas with the same textures and there is (almost) no performance hit. However, .atlas doesn't support slicing which is why I want to use .spriteatlas in the first place.

Try creating your texture atlas using the SKTextureAtlas:withDictionary: supplying a dictionary of [String:UIImage], a method described on another StackOverflow post and see if that helps.

UPDATE: If you want that preload of the SKTexture to happen in a background thread, I'd write that specifically rather than relying on the preload convenience function.

Regarding app slicing, as long as you place assets in Asset catalogs they should be sliced. After you upload a build to iTunesConnect you can see a report of the App Store sizes reflecting this. 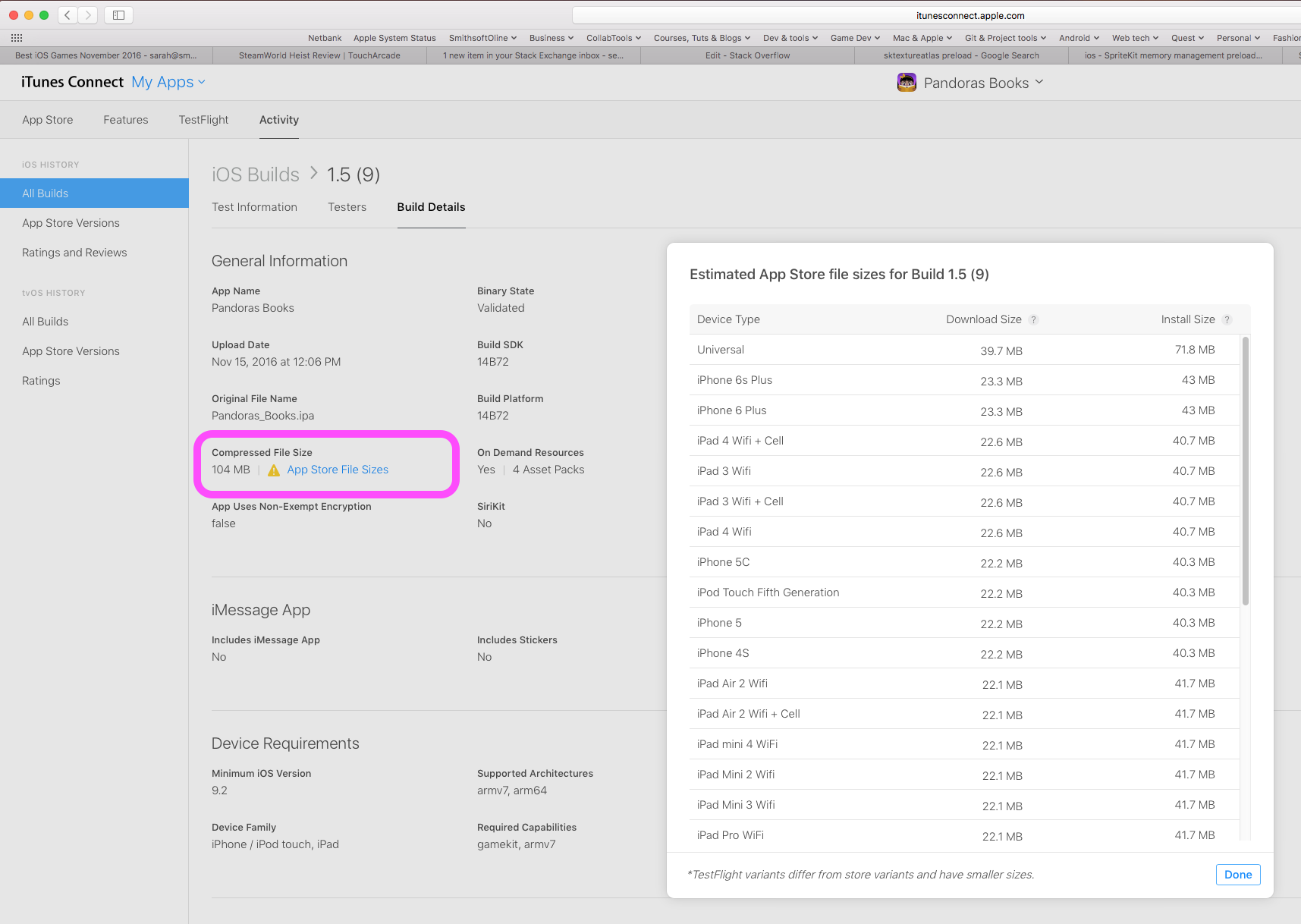 I have a video I recorded of a live stream where I show this import process. Sorry its a bit agonisingly long (2hrs+), but the link here goes right to the moment where the import into the sprite sheet happens.

Doing it the way I show here you get a sprite atlas, with sliced images. My scripts (which I demonstrate earlier in the clip) are on my GitHub if you want them.