How to debug C# BHO project in visual studio/internet explorer

I'm creating an IE extension in C# using visual studio 2010. How do I go about debugging the extension whilst running it in Internet Explorer?

A few things are very striking:

So here it goes: In VS2010. perform the following: 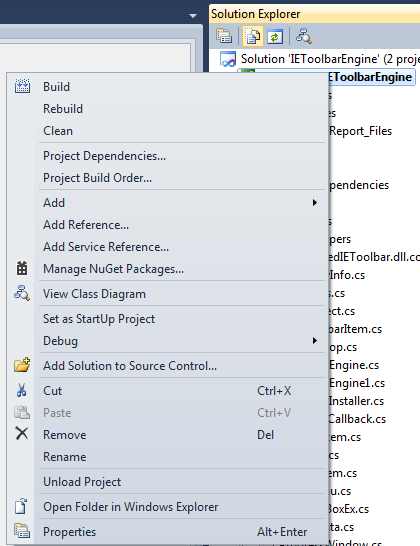 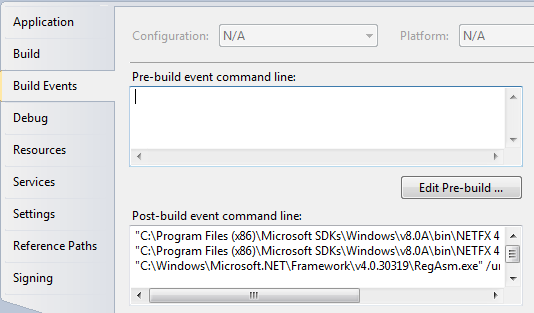 These are the different commands:

The order is important. First the assembly gets unregistered, then registered. The first time you run this, build will fail since these post-build events will fail. This is normal, the first time you build, there was no assembly registered and as such there is nothing to unregister. The second time you build, everything will work just fine. At this stage, after a successful, error-free build, manually starting IE should result in your BHO being visible: 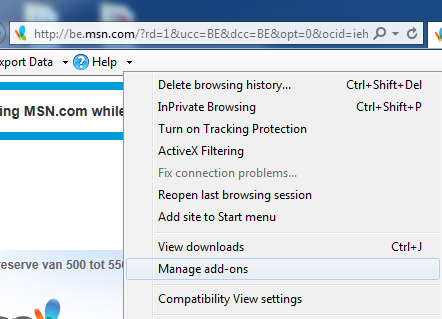 Doing so will start IE, your BHO should also run but breakpoints will not be hit.

To solve this we will use:

This ensures that the debugger gets attached early on in the BHO lifecycle. Read about the nitty gritty details here.

Pressing F5 now will result in a few dialogs asking you which debugger to attach: 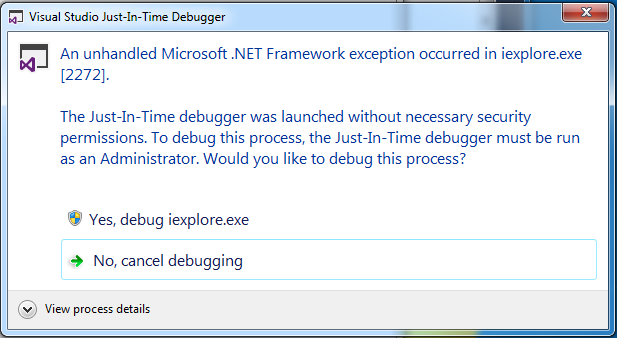 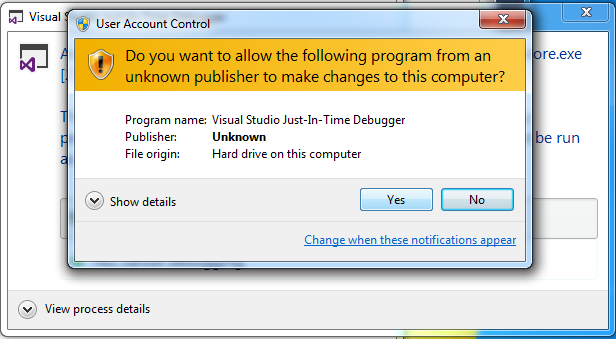 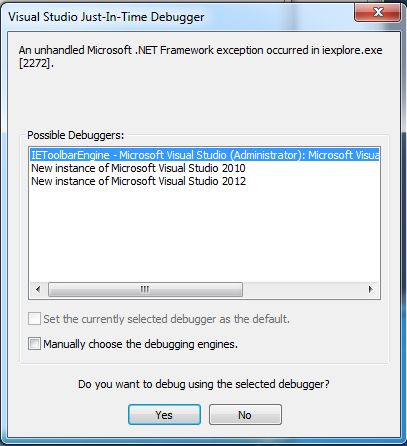 From thereon out it' s happy debugging: 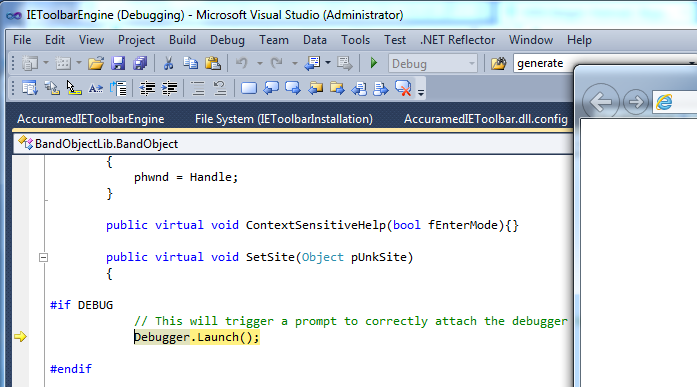 I recently was asked to bring some updates to a rather ancient BHO I wrote. Revisiting my own tutorial, I noticed some issues might come up when following it:

1) After quickly deploying a W7 machine with VS2010 (as released) I got a funky error when an attempt was made to attach the debugger: 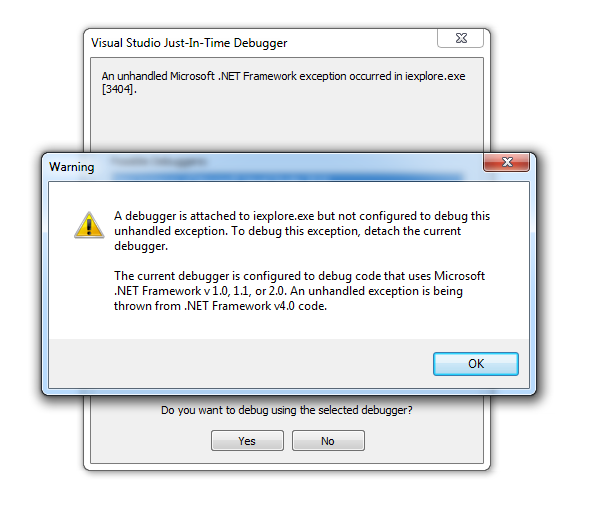 I could resolve the issue by also installing VS2010 SP1 (as I used it originally) although I have no clue why this was happening.

2) Right now, when an attempt is made to attach the debugger, the instance of VS2010 holding my project is not in the list of available debuggers. 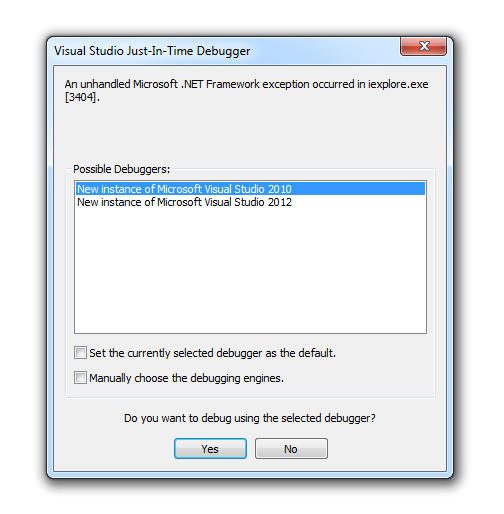 However, when I just cancel all dialogs and restart IE, the running instance is magically there and I can hit my breakpoints once again. The issue seems related to questions by others.

The 2nd issue was solved after a full reboot, just as in the linked question.

Project + Properties, Debug tab. Select "Start external program", set it to c:\program files\internet explorer\iexplore.exe. You probably want to set the "Command line arguments" to the path of an HTML file that exercises your BHO.

Set a breakpoint on the code you want to debug. Internet Explorer will start running when you press F5. You'll see the breakpoint turning hollow, indicating that the breakpoint is not armed. As soon as IE loads your DLL, visible in the Output window, it will turn into a solid red. And the debugger automatically breaks when IE calls your code.

There is a registration step. Do always avoid using gacutil.exe, it does nothing but pollute the GAC on your machine. Always favor the "Register for COM interop" option in the IDE, the equivalent of running Regasm.exe with the /codebase option. No need for the GAC that way. Either way, VS must be running elevated to make these machine config changes, start it by right-clicking the shortcut and selecting "Run as Administrator".

Not the answer you're looking for? Browse other questions tagged visual-studio internet-explorer visual-studio-2010 bho or ask your own question.