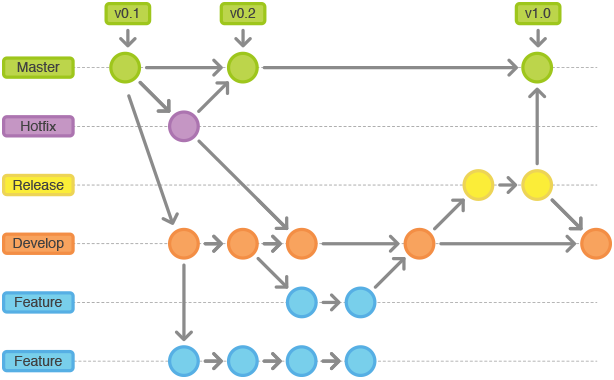 However, when I branch from develop into release, and then merge the release branch back into develop and master, the network graph on Github displays the following: 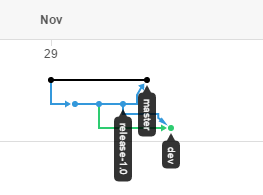 This makes it looks as if develop was branched from release, and not vice versa as it should be (especially once the release branch is deleted and its name no longer appears).

I followed the steps from this tutorial exactly:

Is there any way to get the Github network graph to display correctly? (either by changing a setting in Github or changing the steps taken to branch and merge)

Sounds like GitHub is just not very good at displaying network graphs. For those who are curious, I just checked out GitKraken, and it seems to do a fantastic job at display network graphs. I also tried it out with a much more complicated repo I have and it is displaying things very nicely!

Not the answer you're looking for? Browse other questions tagged git github branching-and-merging or ask your own question.

3465
Undoing a git rebase
7906
How do I force “git pull” to overwrite local files?
1464
How to get just one file from another branch
1797
Make the current Git branch a master branch
1186
Create a branch in Git from another branch
2310
What is the best (and safest) way to merge a Git branch into master?
1634
How can I reconcile detached HEAD with master/origin?
4151
How do I update or sync a forked repository on GitHub?
2519
Git fetch remote branch
1299
Can I delete a git commit but keep the changes?