I have been tasked to see if it is possible to integrate React Native into a Xamarin.Forms project.
I think I came fairly close to achieving this, but I can't say for sure. I'm aware that this is a bit of a weird/ backwards solution, but I'd like to have a go at it anyway to see if I can beat it...

Intro
My employer is wanting to see if it is possible to use React Native for UI and use C# for the business logic. It is being explored as a solution so that the UI/UX team can produce work with RN and we (the dev team) can link in the logic to it.

What I've tried so far
I took the Xcode project that React Native outputted and started by removing the dependancy of a local Node service by cd'ing terminal into the project directory and ran react-native bundle --entry-file index.ios.js --platform ios --dev false --bundle-output ios/main.jsbundle --assets-dest ios (taken from this blog post). I then made the change to the AppDelegate line where it's looking for the main.jsbundle file.
I then added a static library as a target for the project. Comparing with the app's build phases, I then added all the same link libraries 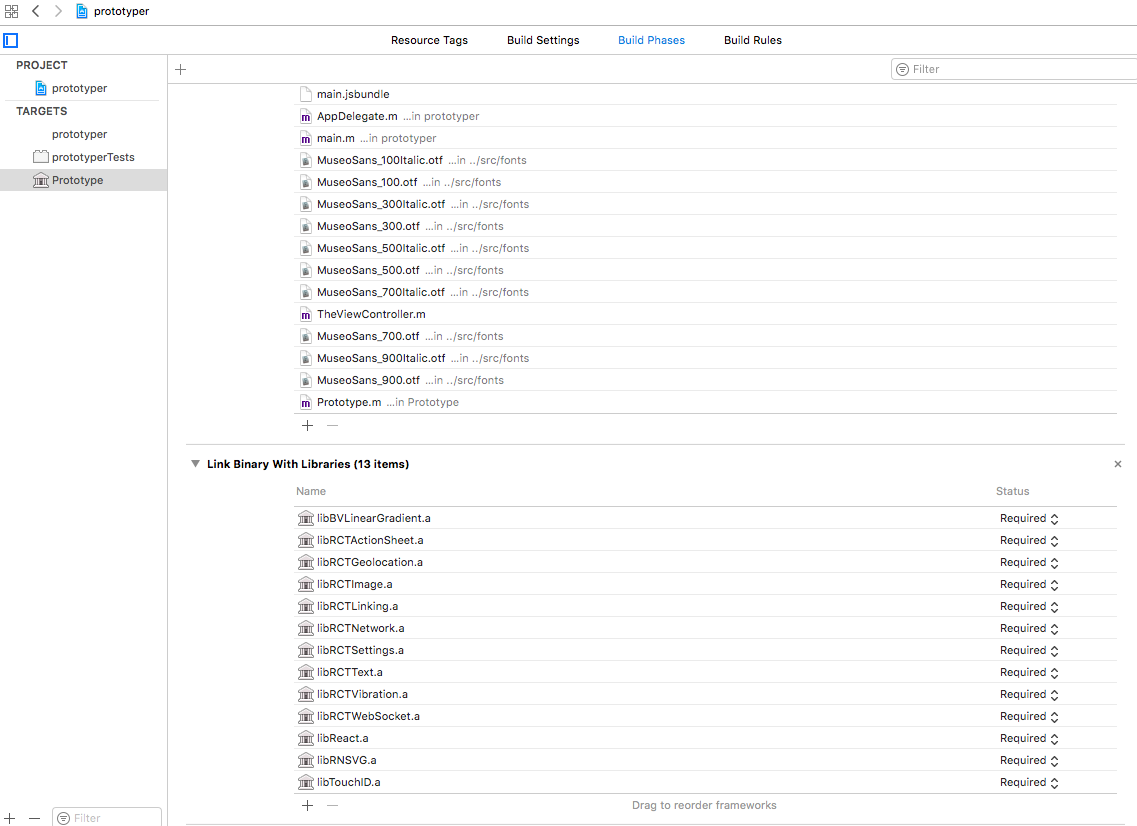 After this, I created a Xamarin.Forms solution. As I had only created the iOS library, I created a iOS.Binding project. I added the Xcode .a lib as a native reference. Within the ApiDefinition.cs file I created the interface with the following code

To which, in the Xcode project, created a TheViewController class. The setMainViewController: was implemented in the following way:

Where I am effectively trying to pass in a UIViewController from Xamarin for the React Native stuff to add itself to.
I am calling this from Xamarin.iOS in the following way:

This class is implementing PageRenderer, overriding the Xamarin.Forms' ContentPage using

Well, after all of this, I went to go and deploy to device and, expectedly, hit by a number of errors. The AOT compiler is going into my lib and trying to do it's magic and throws a number of linker errors in the React Native projects, as shown below. 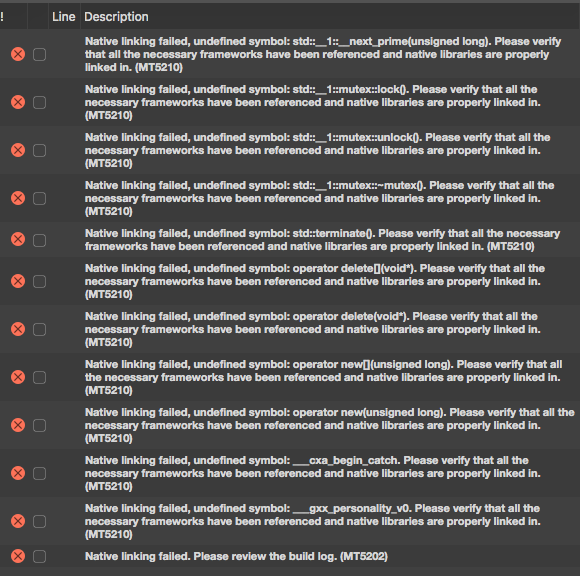 I was intending on setting up more methods in the binding to set callbacks etc to start building some functionality regarding passing information back and forth with the Objective-C, which I was going to pass into the React Native with some native code link.

Summary
I know it's pretty long breathed, but if we can get this off the ground, then we can basically do all of our (fairly comlex) business logic in C# and leave all the UI changes to the dedicated UI team, who have a strong preference for React Native (fair enough, with their prototype being in pretty good condition). Really, it's all just another POC that I've been putting together for the next major release of our app.
If anyone can think of a better way of doing this, I am all ears. I have, of course, glazed over some of the details, so if anything needs clarifying then please ask and I will ammend.
Many, many thanks.
Luke

I was able to get this working using the steps below. There's a lot here so please forgive me if I missed a detail.

At this point, you should be able to run any React Native app by launching the React Packager (react-native start) in the corresponding directory. The following sections will show you how to call C# from React Native.

Call Your Native Module from JavaScript

Not the answer you're looking for? Browse other questions tagged xamarin react-native or ask your own question.