The resource from http://some-address/script.jsx was blocked due to MIME type mismatch (X-Content-Type-Options: nosniff).
This issue I get in console of Firefox (Chrome seems doesn't care about it). Here's a screenshot of console: 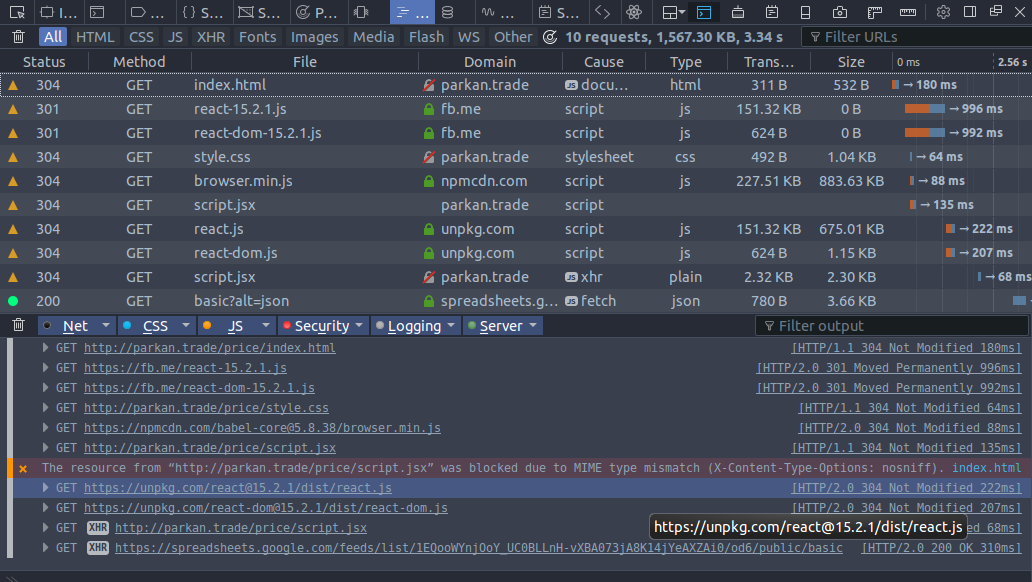 I searched for a while trying to find how tot fix it, but failed. Here's the HTML part of the code. 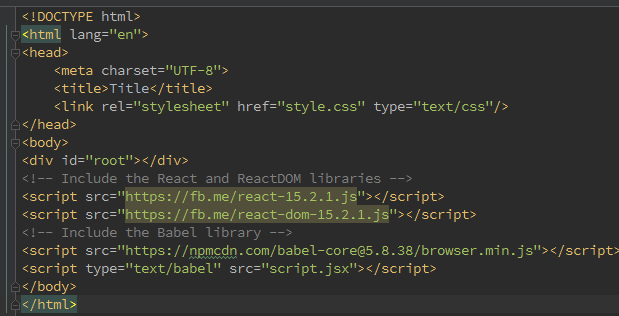 As far as I've understood the problem is due to type="text/babel". But if I would change it to type="text/javascript" then Babel doesn't transpile the script to ES5.

this is because your server send response header X-Content-Type-Options: "nosniff", remove it or change mime type for jsx to text/babel with .htaccess it can done by adding AddType text/babel jsx