I want to make google voice actions app for my Google Home. But, based on quick research, as of Dec 11, google does not allow private projects for Google Home.

I understand that I can preview the app from API.ai project, and it deployes to the linked Google Home device. 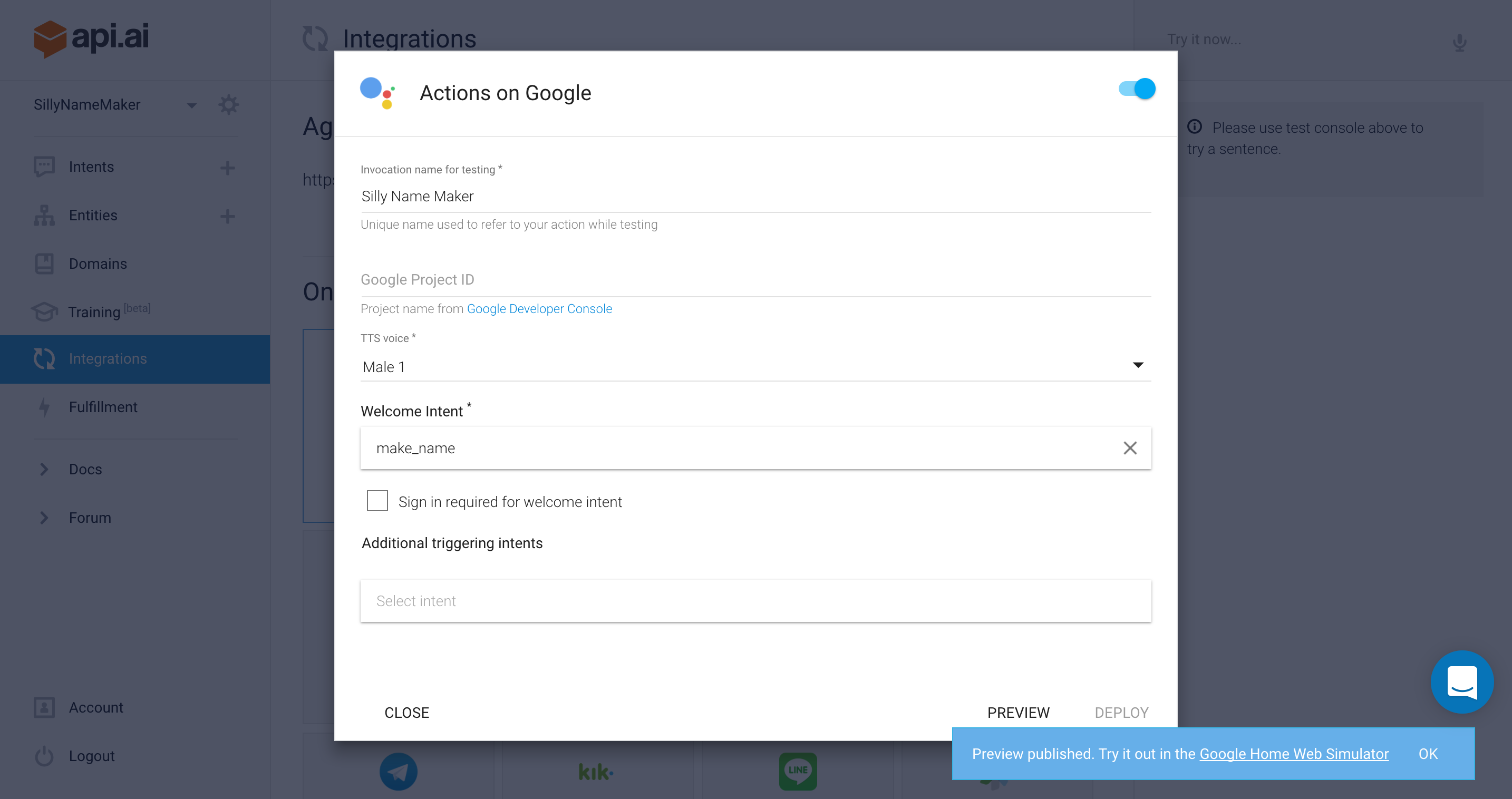 But the issue is, the deployed app does not persist. It is no longer available after hour or so. How can I make it permanent (if there is a way)?

Based on Leon's answer, I just wanted to extend the steps on how to enable the sample for 24 hours.

I have found a way to create the Action on API.ai and then preview it indefinitely.

The preview_mins value of 9999999 makes the preview effectively indefinite.

Here is a video demonstrating it:

As of today, May 17 2017, the highest voted answer to this question no longer works for new API.ai projects due to the upgrading of the Actions on Google SDK to v2. A similar methodology to @Brady's answer does work still, but they've made it more difficult in some ways (more information needs to be provided to Google, globally unique invocation name despite being a local only test), and better in others (gactions CLI docs now explicitly state that indefinitely timed previews are accepted, and actually is the default if not provided as a argument to the gactions test call).

I tried my best to recall what I had to do from memory, so there may be some mistakes in this write up. Hopefully this helps someone.

Not the answer you're looking for? Browse other questions tagged actions-on-google api-ai or ask your own question.