I created a beta test for my android app. The problem is that if you click on the store it says (unreleased) and not (beta). What does unreleased mean? Im confused because its a public beta that you should find in the appstore. I only tested downloading it with my developer account. 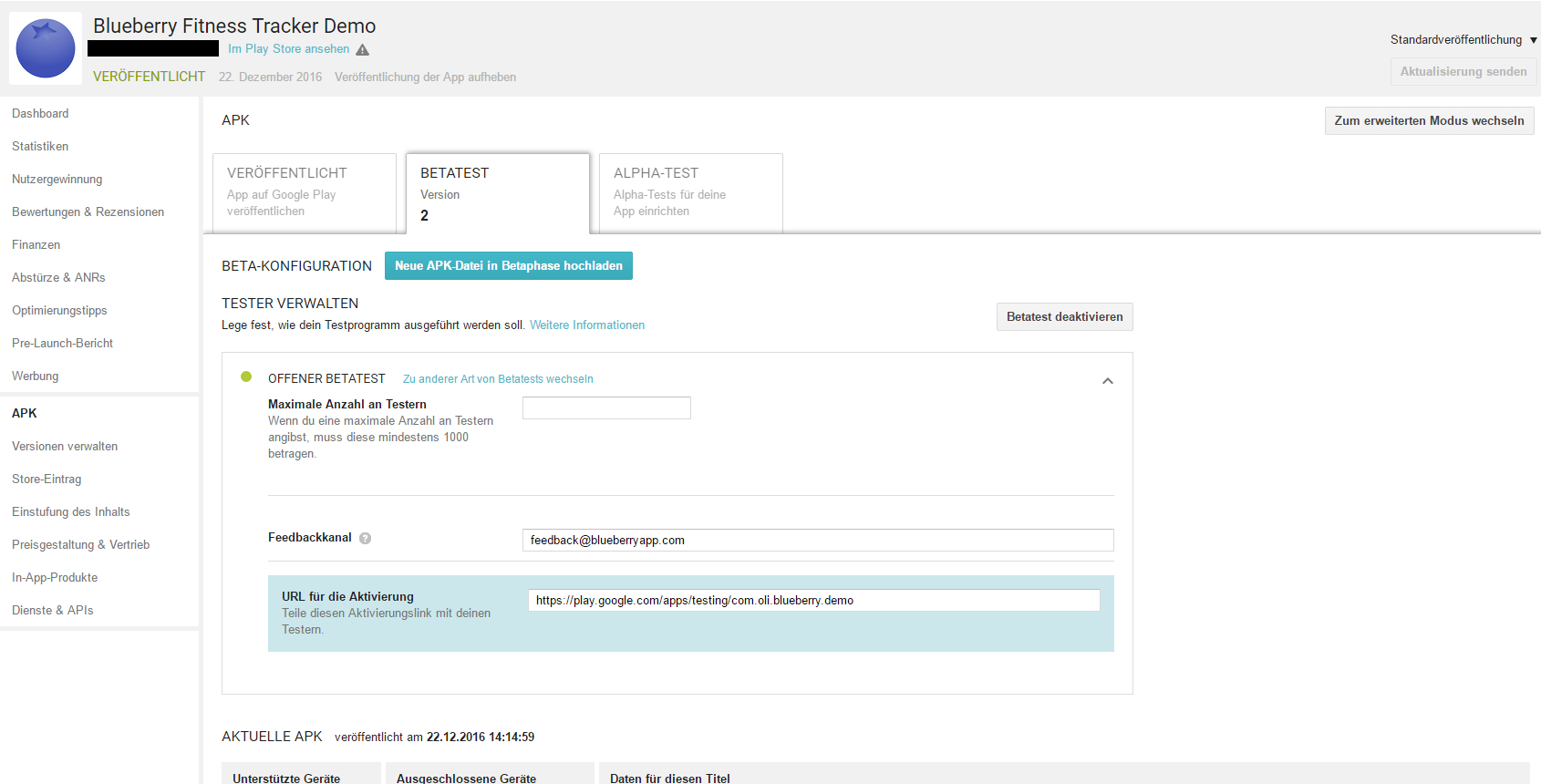 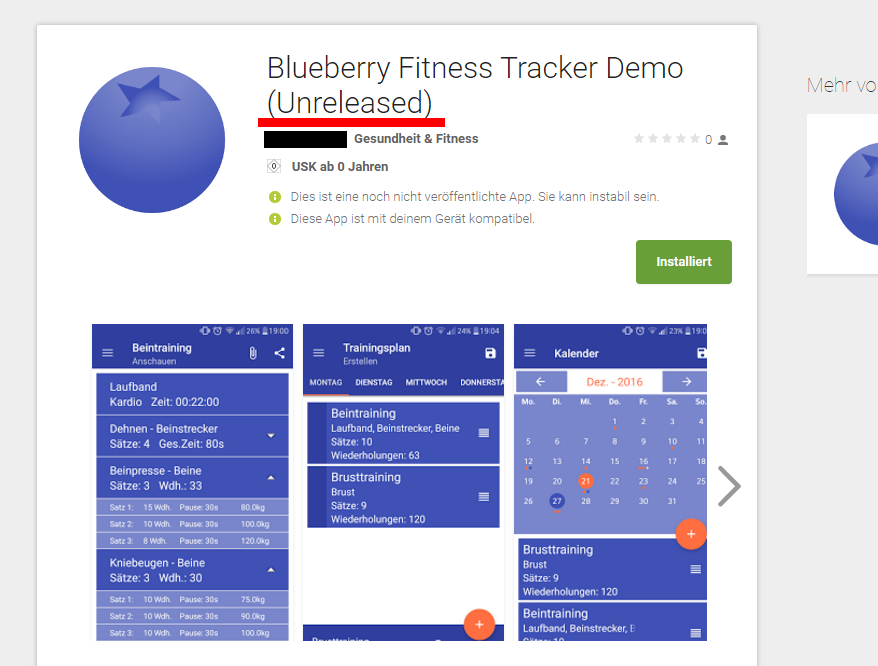 The problem is that if you click on the store it says (unreleased) and not (beta).

Apparently, Google makes distinction between beta versions based on if an app has ever been released to the public before or not. That's, if the app has never been released before and is published through alpha/beta channel first, it will be labeled "unreleased". To quote from above help page (emphasis is mine):

Early access apps are apps which have not been released yet.

Note: If you install an unreleased app, you may be automatically enrolled in the beta program when that app launches.

Get beta versions of apps

Beta apps are new, experimental versions of apps that are currently available on the Play Store.

2085
Is there a way to run Python on Android?
4242
How to close/hide the Android soft keyboard programmatically?
3110
How to stop EditText from gaining focus when an activity starts in Android?
1234
Is quitting an application frowned upon?
1977
"Debug certificate expired" error in Eclipse Android plugins
3013
Is there a unique Android device ID?
2199
What is 'Context' on Android?
663
Send Email Intent
3935
Proper use cases for Android UserManager.isUserAGoat()?