I have setup drone.io locally and created a .drone.yml for CI build. But I found drone removes the docker container after finishing the build. Whether it support reusing the docker container? I am working on gradle project and the initial build takes a long time to download java dependencies.

I used below command to set the admin user on running drone-server container.

After doing this, I use the user joeyzhao0113 to login drone server but failed to enable the Trusted flag on the setting page. The popup message dialog shows setting successfully see below screenshot. But the flag keep showing disabled always. 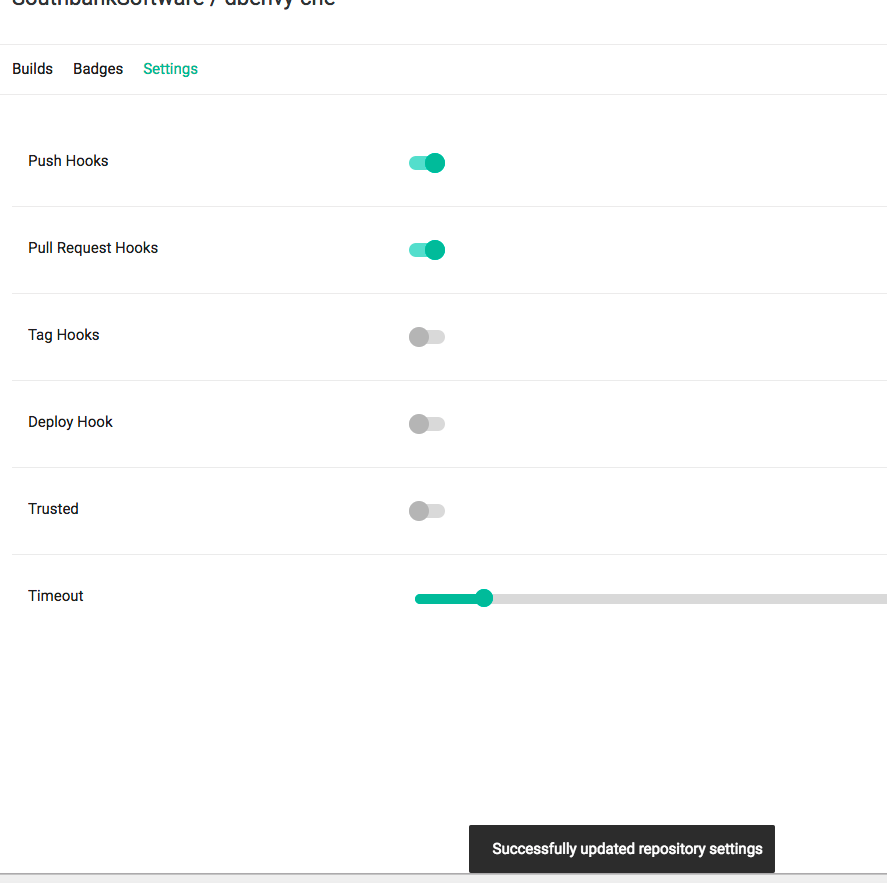 No, it is not possible to re-use a Docker container for your Drone build. Build containers are ephemeral and are destroyed at the end of every build.

That being said, it doesn't mean your problem cannot be solved.

I think a better way to phrase this question would be "how do I prevent my builds from having to re-download dependencies"? There are two solutions to this problem.

The first, recommended solution, is to use a plugin to cache and restore your dependencies. Cache plugins such as the volume cache and s3 cache are community contributed plugins.

The second solution is to create a Docker image with your dependencies, publish to DockerHub, and use this as your build image in your .drone.yml file.

Not the answer you're looking for? Browse other questions tagged drone.io or ask your own question.

10
Building Docker Images with Drone.io
3
Whether Drone support configuring timeout value for build
0
Whether drone.io support creating docker during build process
16
How to run build in local machine with drone.io
1
How to run integration test inside a docker container in drone pipeline
3
Hex Cannot Be Found on Dockerized Phoenix App when running on Drone
2
Building drone 8.5 into a container fails with "no such file or directory"