We've started to experience Not enough storage available to process this command. The application is WPF, the exception starts to pop up after some hours of working normally.

My understanding is this is some kind of out of memory exception, specific to allocation of windows resources. What is the possible reason of this and how can I debug it?

I have reviewed the topic suggested by @Thili77 (this one). I used GDIView and task manager to look at the consumed handles during our app performing (Handles, USER Objects and GDI objects in taskmgr), and it doesn't look like they are growing. My next test is to try to run it for a day without VS (previously it was running under VS host process) and check whether this still happens. I'm still looking for any advices or tips if anybody has any

Update #2 It happens on a new clean PC without hosting VS. The handles, USER Objects and GDI Objects are OK during crash. When the PC in a crashed state, nothing works properly - looks like the handles are really leaked, but ProcMon doesn't show big numbers for these values. Also weirdly this always happens around 7-8 pm, when there is nobody in the office and it doesn't matter when I started the app run. It is already a third crash like that. Coincidence? Only thing that I've notice I find weird is a big number of page faults for the app, that grows constantly. Could this be related? Does not appear anymore, see Update #3

Next are the details of a crash I experience. The system is x86, app is x86, W7 SP1. The current state that is shown on the screenshots are exactly right after the crash, with windbg that pauses the process. For some reason now the exception has different message: The operation completed successfully. But it still the same Win32Exception coming from the same piece of code.

I also need to pinpoint that I'm running with reduced amount of desktop heap and with AppAnalyzer Basic options on - in order to make the fault more frequent (which seems to work). The time assumption was indeed a coincidence, no time related shared theme noticed anymore. 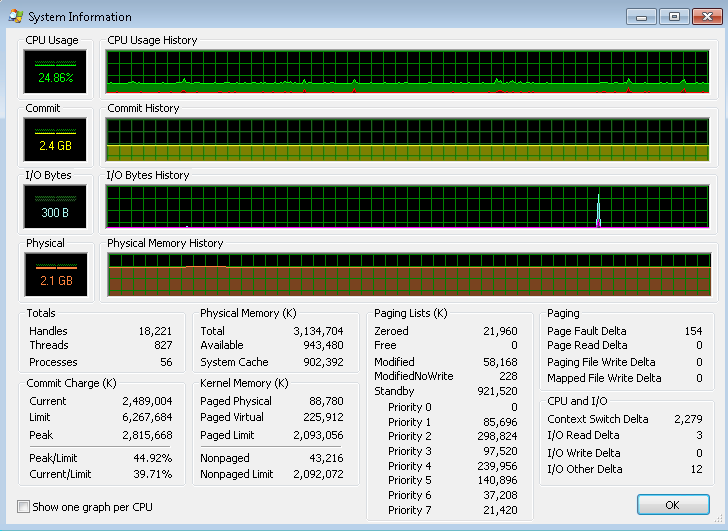 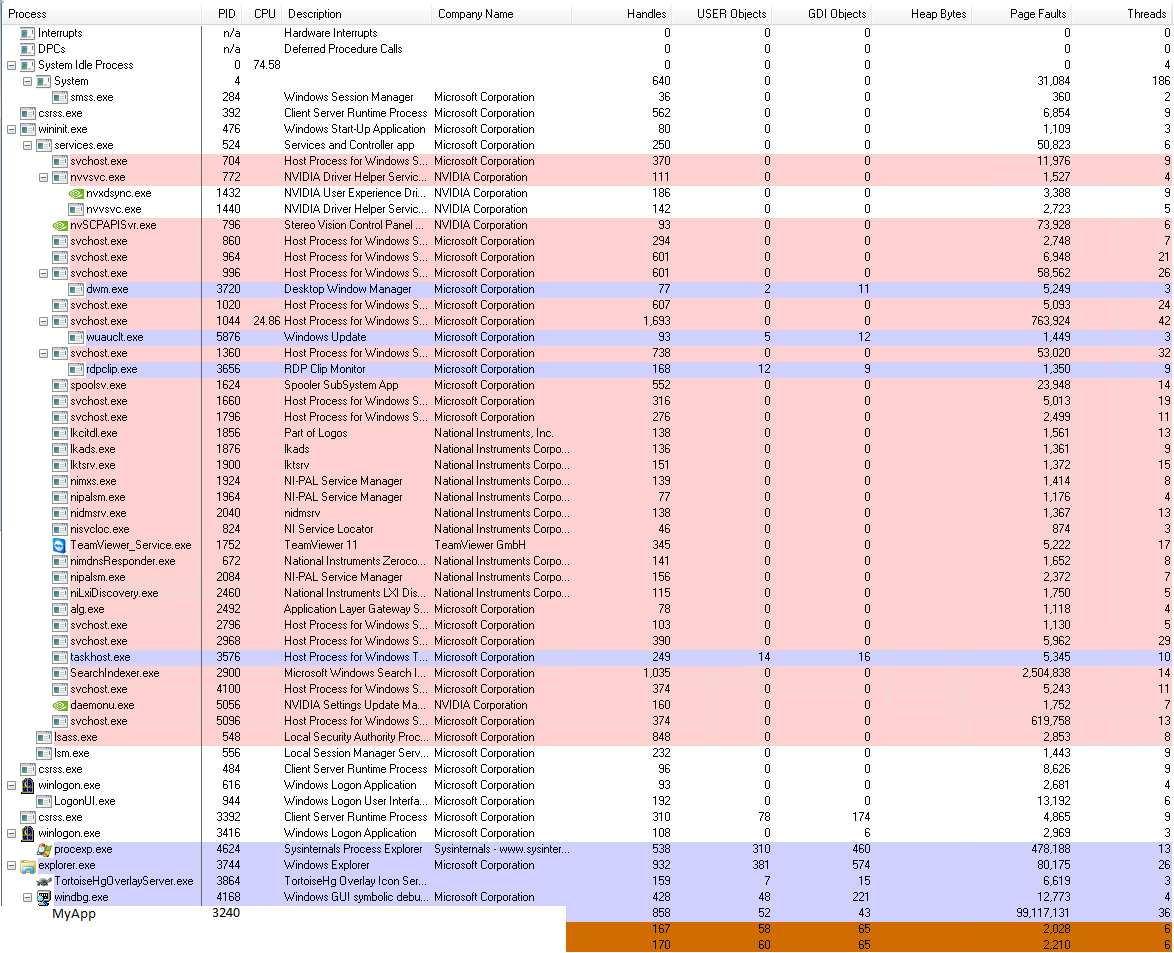 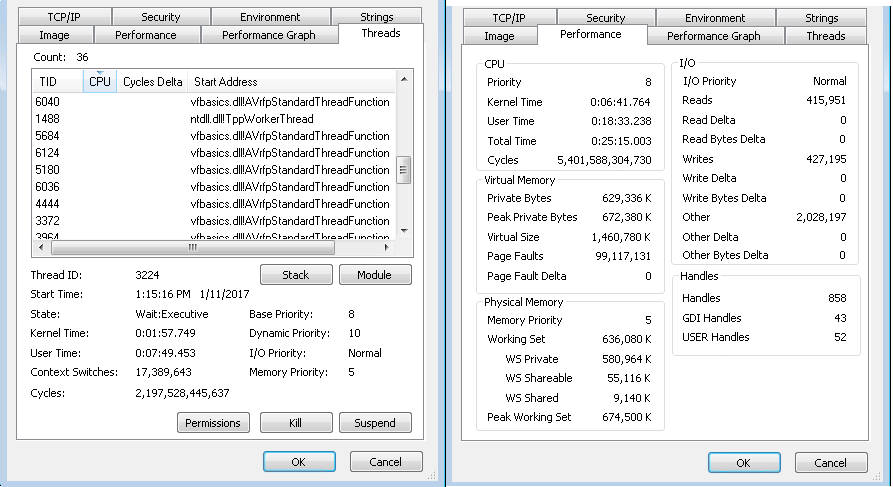 One possibility is that the global atom table has run out of available space. There is a limit of 0x4000 string atoms in the table, and there is also a limit on the total amount of space allocated to the table. Window classes are one of the things that go into this table.

I have never attempted to debug such an issue myself, but I did find an article about checking for this problem using WinDbg: Identifying Global Atom Table Leaks. You might want to look into that as a possible cause.

If this turns out to be the culprit, one possible cause is that the application is not closing Window instances. HwndWrapper cleans up its global atom in its Dispose, which happens in response to WM_DESTROY, which happens in response to calling Close on the Window (or setting DialogResult, which ends up closing the window if the value changes and the window was shown by calling ShowDialog rather than Show). There may be other possible causes for an atom leak as well.

P.S. The reason I suspect this is because "Not enough storage is available to process this command" is the error that is returned when RegisterClassEx is unable to add to the global atom table.

Looks like an issue which was not resolved on purpose by Microsoft, check this Connect link, in which it was stated:

We appreciate the feedback. However, this issue will not be addressed in the next version of WPF. Thank you. –WPF Team.

You can work around this bug by adding the following code to your thread proc:

This asks the dispatcher associated with the thread to shut down right away.

From my experience I received that type of exception in case your UI thread hangs up and other threads continue placing messages to main application UI dispatcher. So in the some period of type the message queue is full and than you will recieve this exception.

To debug that you may need find your thread 1(which is UI) in VS during debug session and monitor it's activities. Maybe there is some infinite waiter on some external event or etc.

Not the answer you're looking for? Browse other questions tagged c# wpf or ask your own question.

21
How to debug binding in WPF
7
WPF System.ComponentModel.Win32Exception (0x80004005): Invalid window handle
1
Exceptions in System.Runtime.CompilerServices.AsyncServices without my code in stack trace
1
error Overlapped I/O operation is in progress when saving file to server via c#
0
WPF with DevExpress crashes when Deploying to computer other than Dev Environment
1
WPF Desktop Application Will not start in Windows 10