Original question on the Unityforums here

I've been trying to get an animation to not only slow down and speed up, but also play backwards depending on user input for my Hololens-application. I am using the Mecanim system, not legacy animations.

The whole thing is supposed to happen at runtime, through dynamic user input.

I know that it's possible through scripting, as I had it working before I lost local progress and some files during some Unity-Collaborate issues. As stupid as it sounds, since then I have not been able to remember what I did different from my current approach.

Right now I'm manipulating the value Animator.speed, but that only works for values >= 0.

Edit: In case the link is not working or visible for anybody, here is my code:

Edit2: Incorrectly marked as dupicate! The linked question does not regard a similar problem and required a different solution

I'm not exactly sure what you're end goal is, but you can play animations backwards and at different speeds by using a parameter. 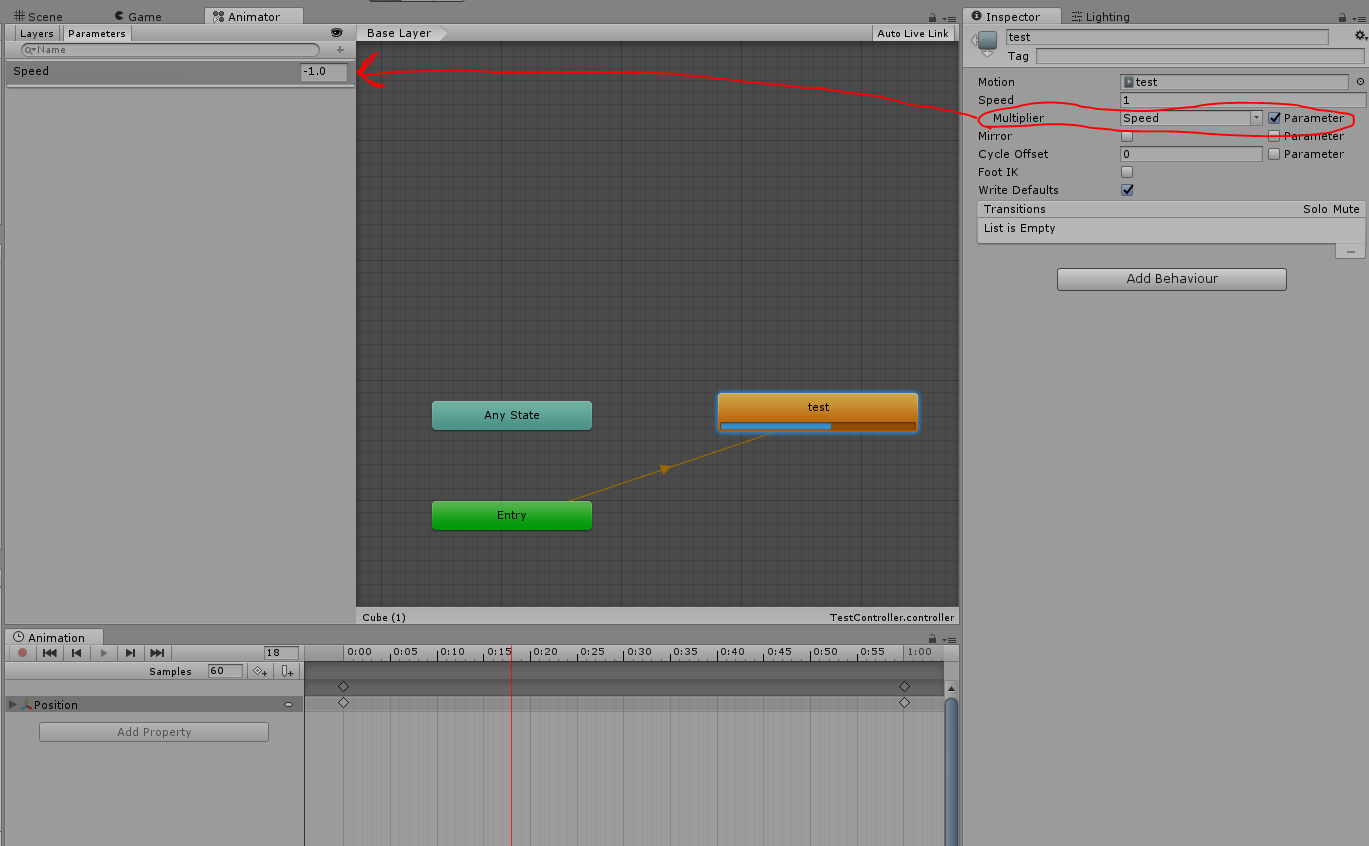 On the animation state, you can make it watch a parameter and multiply it against the default speed of the animation. All you need to do in code is something like

Not the answer you're looking for? Browse other questions tagged c# animation unity3d hololens unity3d-mecanim or ask your own question.

0
Unity. Cant play animation in animator
0
Unity 4.x: How to Access AnimationState in Mecanim
2
Unity Animations on HoloLens not working
0
Unity 3d to play 2 animations at once
2
Unity 3D animation.MatchTarget with root motion affecting only position or only rotation
0
Blender to Unity Animation - Jumps In Frames
1
How to play animation forward and backward in Unity?
2
Unity Mecanim. How to reset animation before disabling a gameobject