Tensorflow: How to access Variables from a model imported from Caffe?

I'd like to know how I can access individual variables from the model that was imported from Caffe so I can check what is going wrong.

The fc1_voc12_c* layers are the interesting layers that need to be reinitialized randomly. But when I try to access them and add a logging to the variable like this

How can I access these variables in order to monitor them in tensorboard?
Can I infer the correct names of the variables that I'd like to monitor by just looking at the graph (see picture)? 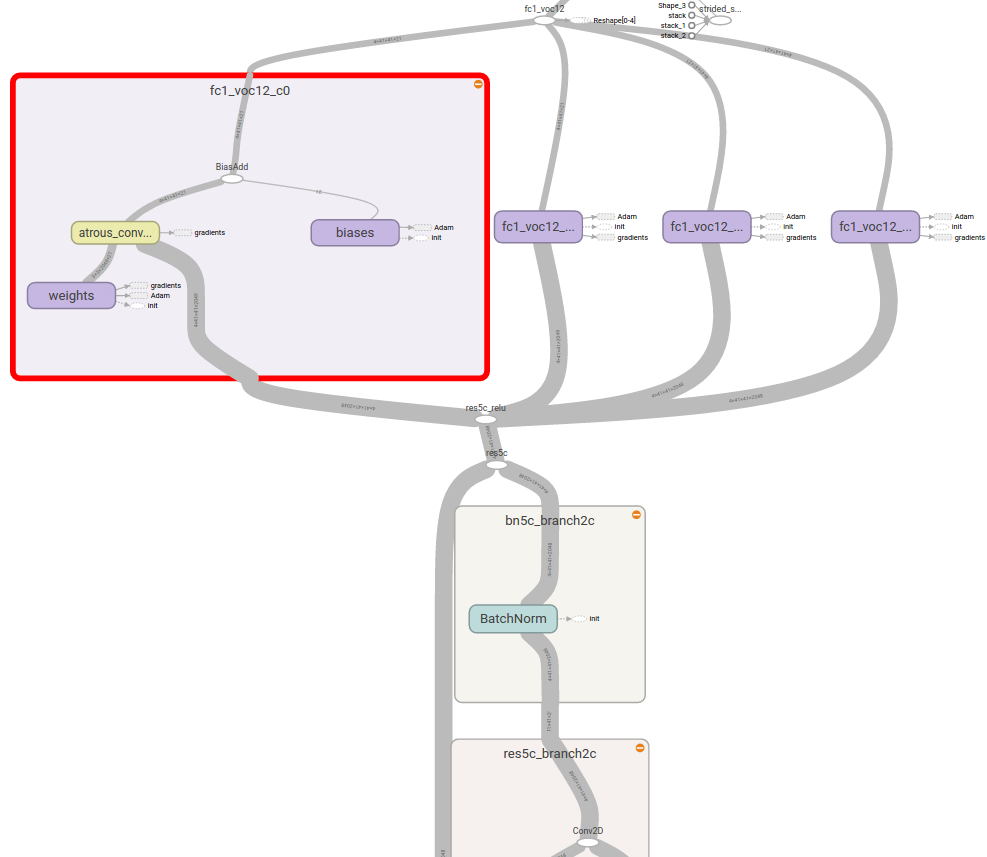 Edit
I edited the focus of my question a little since there was a bug which has been fixed by now by the author of the code.

To clarify my understanding: You're trying to restore some part of the model from an old version, and initialize the rest randomly.

If that's true, you can use tf.contrib.framework.init_from_checkpoint to initialize body of your model from the old checkpoint. The rest of the model (output layer) should be initialized randomly based on how you created it.

It seems that it's acutally working in the way described in the question. I just needed to completely shutdown tensorboard and restart tensorboard for every new log file that I created.

Not the answer you're looking for? Browse other questions tagged tensorflow tensorboard or ask your own question.

604
Tensorflow: how to save/restore a model?
18
Save Tensorflow graph for viewing in Tensorboard without summary operations
102
TensorFlow saving into/loading a graph from a file
12
Tensorflow: How can I assign numpy pre-trained weights to subsections of graph?
10
Tensorflow: Finetune pretrained model on new dataset with different number of classes
8
Tensorflow: How to ignore specific labels during semantic segmentation?
1
How to find the names of the trainable layers in a tensorflow model?
8
Expected tensorflow model size from learned variables
1
Create Trainable Tensorflow graph from frozen model