I need to develop a web service, I received the WSDL (with HORRIBLE unintuitive field names), so I decided to import it as a Service Reference in Visual Studio 2015 to get the classes and the methods to call.

This is the WSDL (I'm sorry I'll need to use pastebin for the characters limit in the body of a question):

The generated code can be found here:

When I try to build I get several errors:

I tried to rename the partial class, but I don't know in the remaining code where I should change and call the class or the interface. The names, as I previously said, don't really help.

When I import in Visual Studio I use the following (default) advanced settings, maybe it helps. 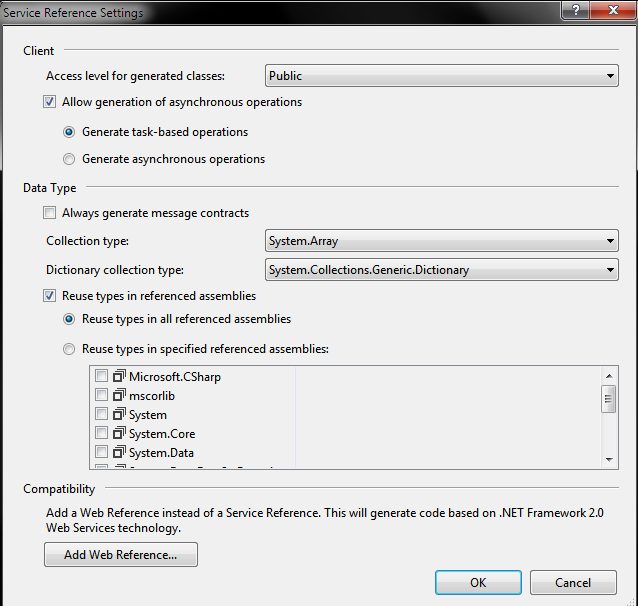 Is there any way to import the WSDL with no issues without asking for a new version (it seems correct to me)?

I even tried to use svcutil with no luck, maybe I used the wrong version.