I have an android application that performs image analysis, which is managed with an IntentService - the process takes a couple of seconds each time and works accurately and quickly.

But when the process is repeated in the app around 50 times (as illustrated) it begins to get very slow until the point in which the app and device becomes unusable. When the device is restarted and app opens again it runs as usual.

Inspecting with Android Studio I can see that each time I run the analysis that the memory allocation for the app goes up and up every time by around 1MB. So it is clearly running out of memory when it crashes.

I have used this flag on finishing the analysis and going to the result to try fix background activities;

which has had minimal effect, and I understand the IntentService manages itself shutting down. So not sure what else I can do to try and reduce the memory allocation or at least clear down allocation and stop adding to it? 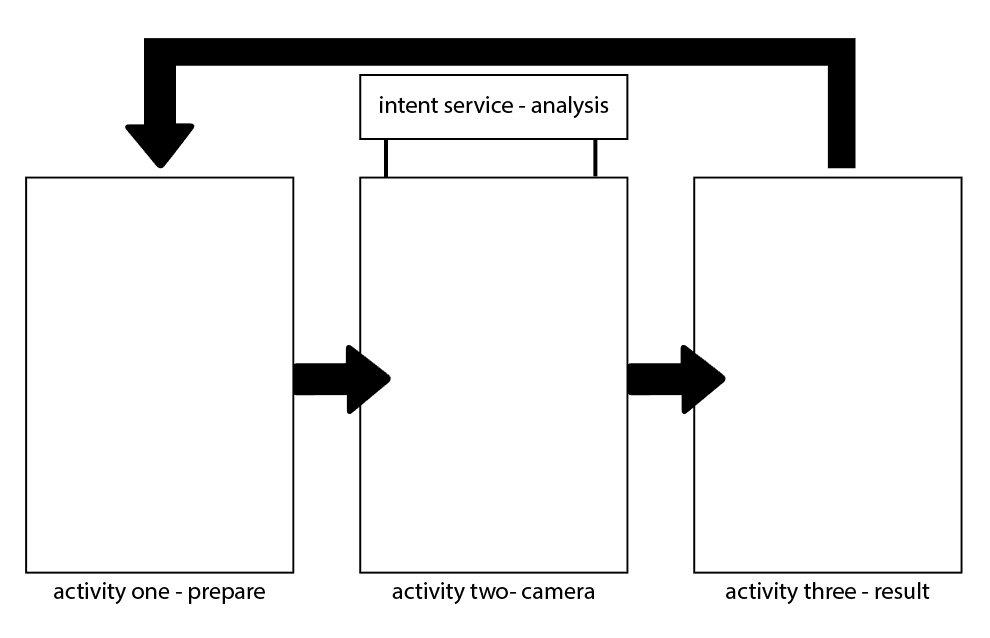 It seems you are not handling the resources (variables, image files,etc) properly, and its creating memory leaks in your application.

you can find here in this blog Written by Johan on handling the memory leaks in your application or see this SO Question.

If the memory leaks are being generated in the c++ library then you can easily find the resource which is leaking the memory in debug mode.

After the result activity you should call the garbage collector as suggested by Grisgram and close any unused resources.

It would be good if you could provide the stack trace in the question.

Try using leakCanary https://github.com/square/leakcanary to find out what is causing the leak and use a weakReference https://developer.android.com/reference/java/lang/ref/WeakReference.html to allow it to be garbage collected when necessary. It may also be that the device you are using does not have enough memory to hold 50 high res images in memory at the same time. You could try lowering the resolution of the images if you are keeping them in memory and be sure you are recycling bitmaps https://developer.android.com/topic/performance/graphics/manage-memory.html

I would also consider using a threadPoolExecutor instead of an intent service, they are much more configurable https://developer.android.com/reference/java/util/concurrent/ThreadPoolExecutor.html

I wanted to add something to Ali786's answer.

Intent Services are not really the best choice for something that is going to repeat itself. The next time you call the service it goes into a queue. Intent Services work like HandlerThreads. They have their own MessageQueues and after you start the service with Intent it will wait for the previous one.

Normal services which run on the UI Thread are running in parallel.

I am not sure if you are doing something after you send the information of the analys to your activity, but if you do, the intent service will not die and the next one will have to wait. Intent services are not the best choice for communicating with your UI Thread, Asynctask might be better in your case. If you give us some more information (code) maybe we can give you a more accurate answer. Hope this helps!

One thing may be it happens like this, If your working intent service after job complete may be your not destroy the service

Not the answer you're looking for? Browse other questions tagged java android android-camera2 or ask your own question.

4192
How to close/hide the Android soft keyboard programmatically?
3091
How to stop EditText from gaining focus when an activity starts in Android?
1482
How do I pass data between Activities in Android application?
2983
Is there a unique Android device ID?
849
What is the simplest and most robust way to get the user's current location on Android?
2181
What is 'Context' on Android?
3581
How can I create a memory leak in Java?
3897
Proper use cases for Android UserManager.isUserAGoat()?