I'm setting up campaign tracking using custom analytics (not google analytics) and setting up a receiver for that. My receiver seems to be working, but when I install I get an android lint warning:

It looks like any old android app could call my application with the com.android.vending.INSTALL_REFERRER intent which I do not want. It should only be the Google Play Store (or any other android system application that would install my app from the play store) sending that intent to my application.

So I've tried to figure out how to set up a permission that limits the valid applications to the play store, but I can't figure out the correct way to set up the permission according to the documentation:

Could someone help me setup a permission that limits the applications my application will accept this intent from to the play store? Here's my current receiver config:

I tried setting a permission for the receiver at the normal level but that prevented the app from receiving the intent from the playstore.

You need to set android:permission attribute on your receiver. So that it will look something like this:

Usage of "android.permission.CLEAR_APP_CACHE" here is arbitrary, you can use any permission that Play Store has AND is not possible for third-party apps to have (because CLEAR_APP_CACHEs protection level is system|signature only system apps or apps signed with the same certificate as the application that declared this permission; in this case the platform). For example, looking through Play Store's manifest suggests, "com.android.vending.permission.C2D_MESSAGE" could be another good candidate.

INSTALL_REFERRER broadcast permission is not a great concern. Assuming you know you need to handle this broadcast only once, right after install, and you take measures to handle it only once, an attacker will have to know when your app has been installed and somehow send this broadcast before the playstore app, which seems unlikely.

3rd party apps can not broadcast this intent. It is blocked. And permission to send is only granted to system apps. 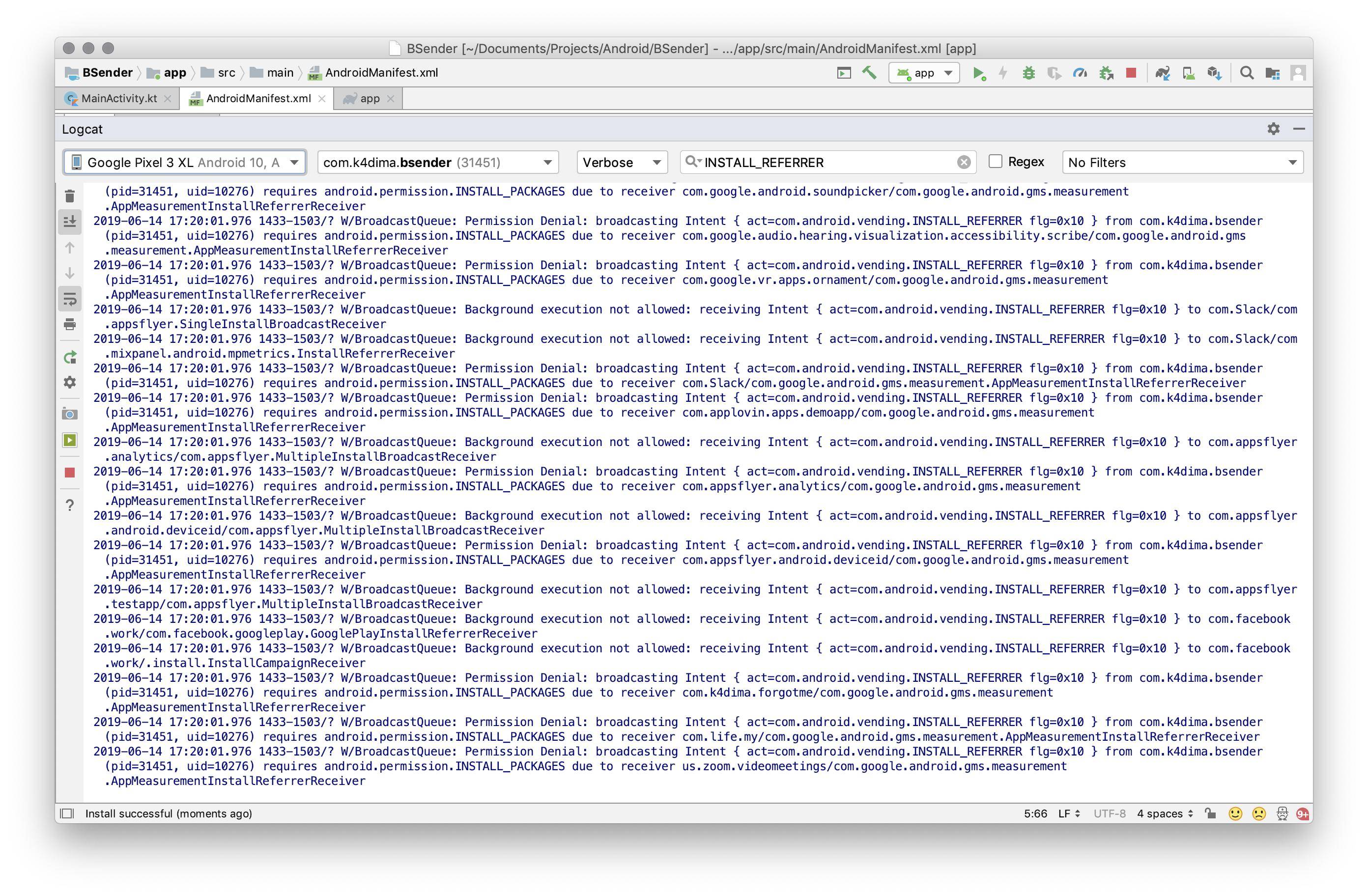 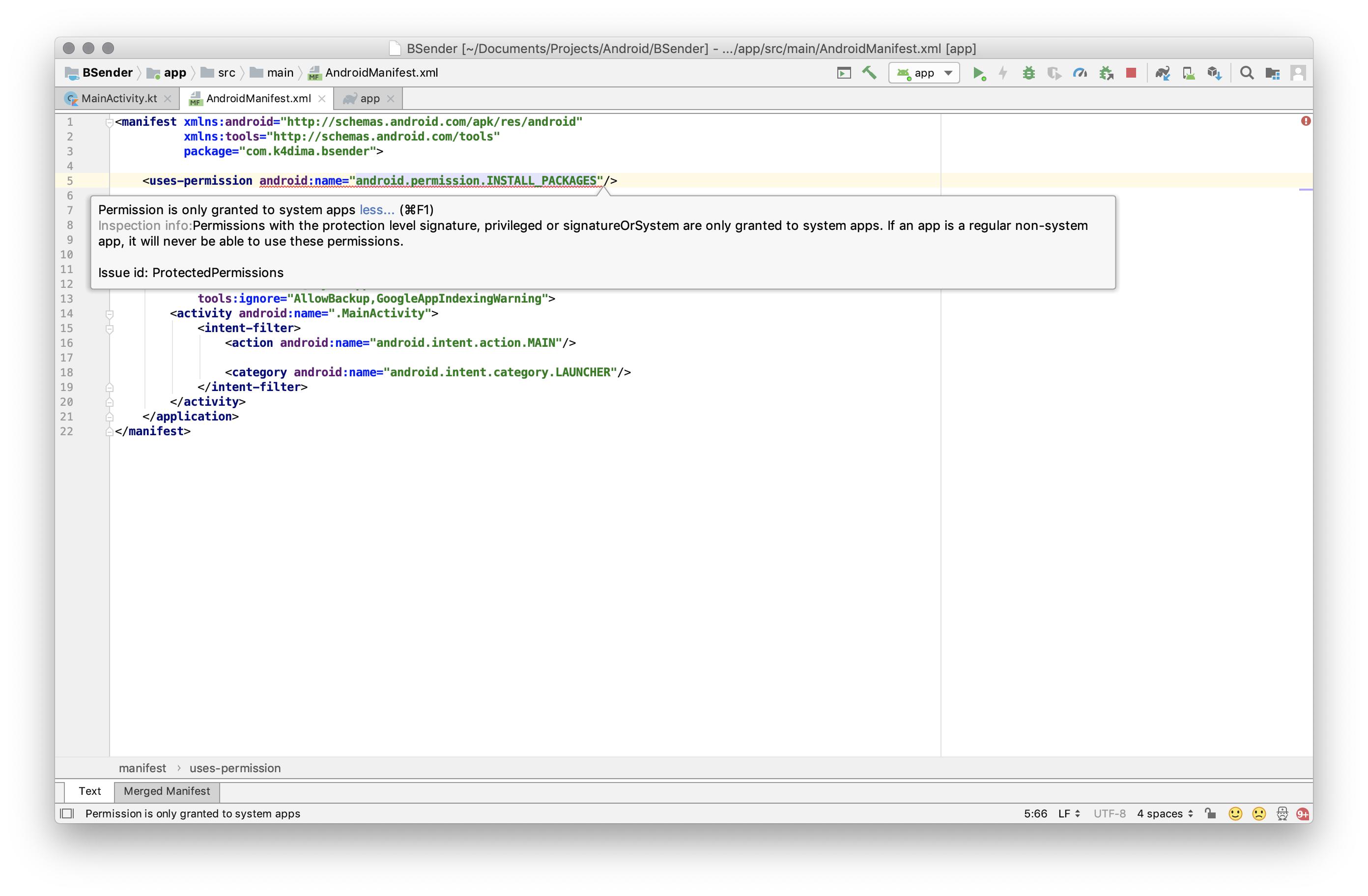 Not the answer you're looking for? Browse other questions tagged android android-intent or ask your own question.

4120
How do you close/hide the Android soft keyboard programmatically?
3046
How to stop EditText from gaining focus at Activity startup in Android
1450
How do I pass data between Activities in Android application?
2935
Is there a unique Android device ID?
2127
What is 'Context' on Android?
420
Google Play app description formatting
639
How to open the Google Play Store directly from my Android application?
3834
Proper use cases for Android UserManager.isUserAGoat()?