Positioning the imageView of a UITableViewCell

In every UITableViewCell of a UITableView I'm placing an image in its imageView. However, if I increase the height of a cell using tableView:heightForRowAtIndexPath: to accomodate more text, I've found that:

Altering the frame, center, etc. of the imageView seems to have no affect. Any ideas? Thanks...

(I have an image of the problem, but SO won't let me post an image yet because I'm a noob with less than 10 reputation. Grrr...)

You need to subclass UITableViewCell and override layoutSubviews, as follows:

In your cellForRowAtIndexPath: method, be sure to return an instance of your new cell type.

The moment you think you need to adjust sizes or positions of items in the default styles, is the time you need to think about creating a custom cell with your own items sized and positioned the way you want them to be. This is why you can create custom cells. :)

A really useful function you might not have tried (in UITableViewDelegate) is tableView:willDisplayCell:forRowAtIndexPath:. It is called immediately before a cell is displayed and its purpose is to enable you to do things to the layout without the OS modifying it again before display. Effectively you have total control. I've used it for changing fonts in cells but you can iterate the cell's subviews and modify their frames too.

Still I agree you are at the point where it is time to look into custom cells and stop fighting the OS. It isn't hard to do and Apple gives a good example in Table View Programming Guide for iOS.

Swift 4 variation of TomSwift's solution (which worked for me nicely):

You can create a custom cell and place the objects where you need them to be as well as setting the auto mask values.

Use CustomCell in your storyboard insted of UITableViewCell. 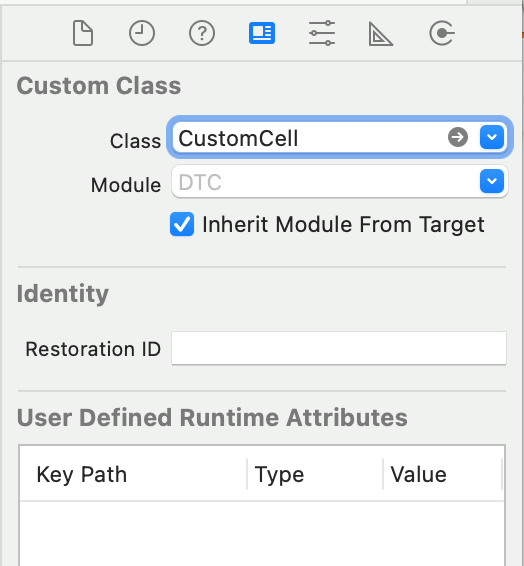 Not the answer you're looking for? Browse other questions tagged iphone cocoa-touch uitableview uiimageview or ask your own question.

2
iPhone : How to set ImageView's frame in table?
0
UIImage position shifting in UIImageView
0
UIImageView alignment off in tableview cell on initial showing but not after